Was the auto bailout the right thing? 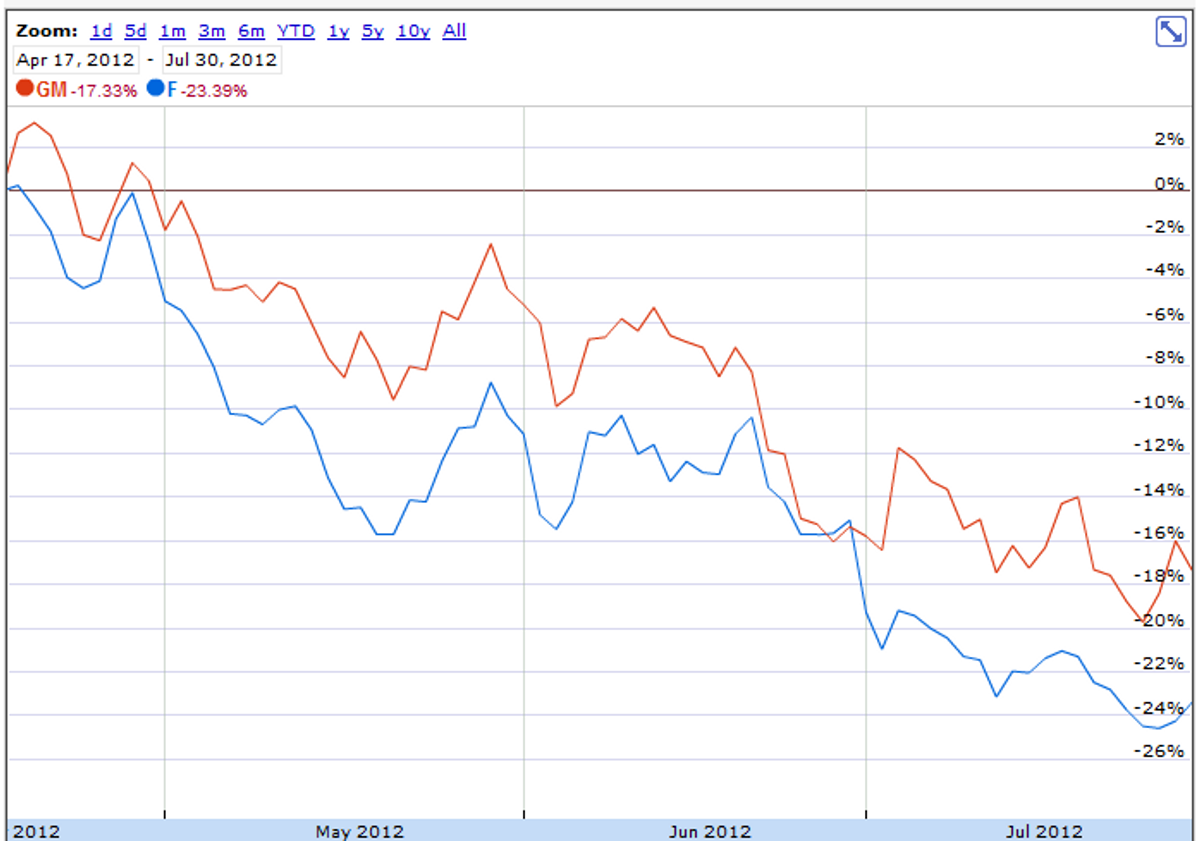 Just did a CNBC segment predicated in part on the question that given the recent decline in GM’s share price, was the government’s auto-rescue the right policy?  To which I say…Oy.

Look, share prices go up and down with lots of things, not least of which is the weak economy both here and especially in Europe where GM’s market share is 8% (it’s about 17% in North America).  The bailouts have nothing to do with that, and if you don’t believe me, look at the chart below showing the percent decline in GM’s stock price compared to that of Ford, who didn’t take government help (GMs in red, Ford’s in blue).

As I stress here, absent the bailouts and given credit market conditions at the time, bankruptcy at GM and Chrysler were virtually certain, as no private investors would have stepped up to rescue the companies from liquidating their assets.

Instead, the US auto sector has added over 100,000 jobs since early 2010, including 7,000 last month.  Sales are up from 12.5 million in the first half of 2011 to 14.3 million in the first half of this year, and employment is expected to grow in July as American auto producers cancelled summer re-tooling shut downs in order to maintain production.

I don’t like the share price decline either, and yes, it would have been much better for the American auto sector not to have had a near death experience.  But absent the rescue, we wouldn’t have much of a sector to be arguing about.