"Olympian without a country"

Sen. Jeanne Shaheen speaks with Salon about her effort to let Guor Marial compete in the Olympic games 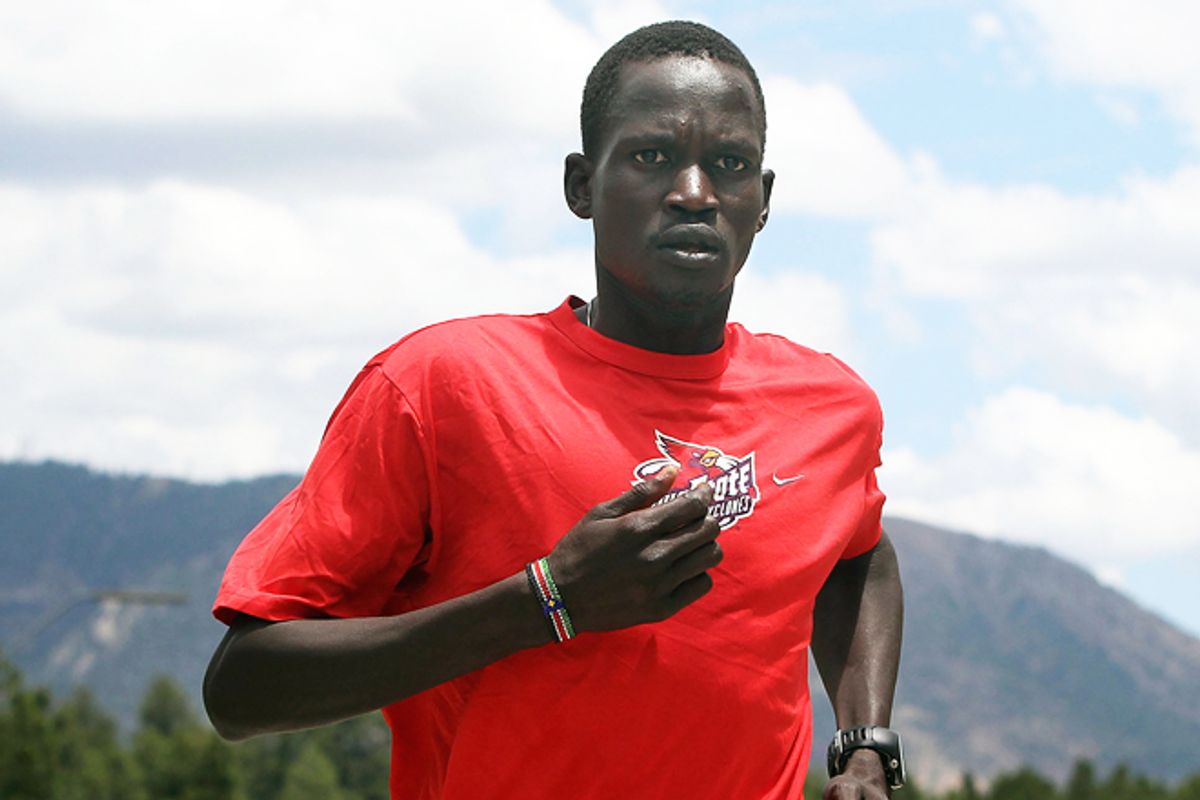 Dubbed the “Olympian without a country,” Guor Marial’s life story has been called “surely the most compelling and uplifting of any of the 14,000 athletes competing in London.” But there are so many ways in which he almost never made it to London. Marial grew up in Southern Sudan during a civil war in which government forces attacked his village nine times and killed 28 of his family members, including eight of his 10 brothers and sisters. He ran away from the soldiers, then ran away from a tribesman who kidnapped then, then ran away from an army officer who took him as a slave, before running to Egypt and finally the United States, where he received refugee status as a teenager.

The lush green hills and White Mountains of New Hampshire probably feel like a world away, so when a coach at Marial’s high school in Concord suggested he try out for the track team, he didn’t jump at the opportunity. "Once upon a time, I was running to save my life. I told myself I would never run again," he told USA Today. Fortunately, he changed his mind and fell in love with the sport. After graduating from the school and then Iowa State University, he competed in his first marathon in June of last year, completing it in two hours and 14 minutes -- a phenomenal time that qualified him for the Olympics.

But first he needed a country. As a refugee, he couldn’t run for the U.S., where he’s working on getting citizenship now. His native South Sudan, the world’s newest country, which officially broke off from the north just a year ago, hasn't yet established an Olympic committee. Sudan offered to let him run on its team, but he wasn’t about to help the government that slaughtered his relatives and tormented his people.

There was a solution, but the International Olympics Committee resisted at first, until activists, journalists and Sen. Jeanne Shaheen, a Democrat from New Hampshire, took up Marial’s cause to lobby the IOC to allow him to compete as an "independent" athlete under the Olympic flag. “While I would be very pleased to see Mr. Marial run under the American flag, I respect and agree with the rules of the Committee. At the same time, Mr. Marial’s other options are simply unacceptable,” Shaheen wrote in a formal letter to the IOC on July 20, calling the independent status route the “only” solution.

A few days later, the IOC relented -- Marial was in. The U.S. and U.K. rushed to complete Marial’s complicated travel documents (he holds no passport and is a citizen of no country), but not in time for him to march in the opening ceremony’s parade of nations. Fortunately, the marathon is traditionally one of the last events and he has plenty of time before he competes on Sunday, Aug. 12.

“That he’s going to be able to run in the Olympics is so exciting for him and all of us in New Hampshire and the people of South Sudan,” Shaheen told Salon in an interview. Shaheen said she’s never been involved in anything like this before and was thrilled to help. “Obviously, New Hampshire has had a number of Olympians over the years and, like everyone, I’ve been very strong about cheering them on. But when we heard about this situation and the fact that he had not been able to compete, we thought it was important to do what we could to help him.”

“He called after the decision came down, he called to thank us ... he was very excited,” Shaheen said, adding that he's especially proud to be representing South Sudan. She noted that she was not alone, but that there was a huge outpouring of international support for Marial. Indeed, he was lucky to meet at a marathon Brad Poore, a California lawyer and elite runner himself who took up Marial’s case.

Marial is not the first Olympian to compete under the Olympic flag, but it is very rare. Six former Soviet Republics competed as a unified team under the flag in the 1992 winter games. And in 2000, the IOC gave the arrangement to a weightlifter from East Timor, which, like South Sudan, was a new country without its own committee at the time. This year, there are also three athletes from the Dutch Antilles.

Shaheen said she and her staff would “absolutely” be watching Marial marathon, and that people in Concord are looking into streaming the event live to a movie theater. “He represents what the Olympic spirit is all about. The goodwill that’s generated by the Olympics. The recognition of a talented and determined athlete who overcomes so much in order to participate. I don’t think there is a better story than Guor’s,” she said.