In his book, Romney credited "federal investment" for "numerous innovations" -- including the Web! 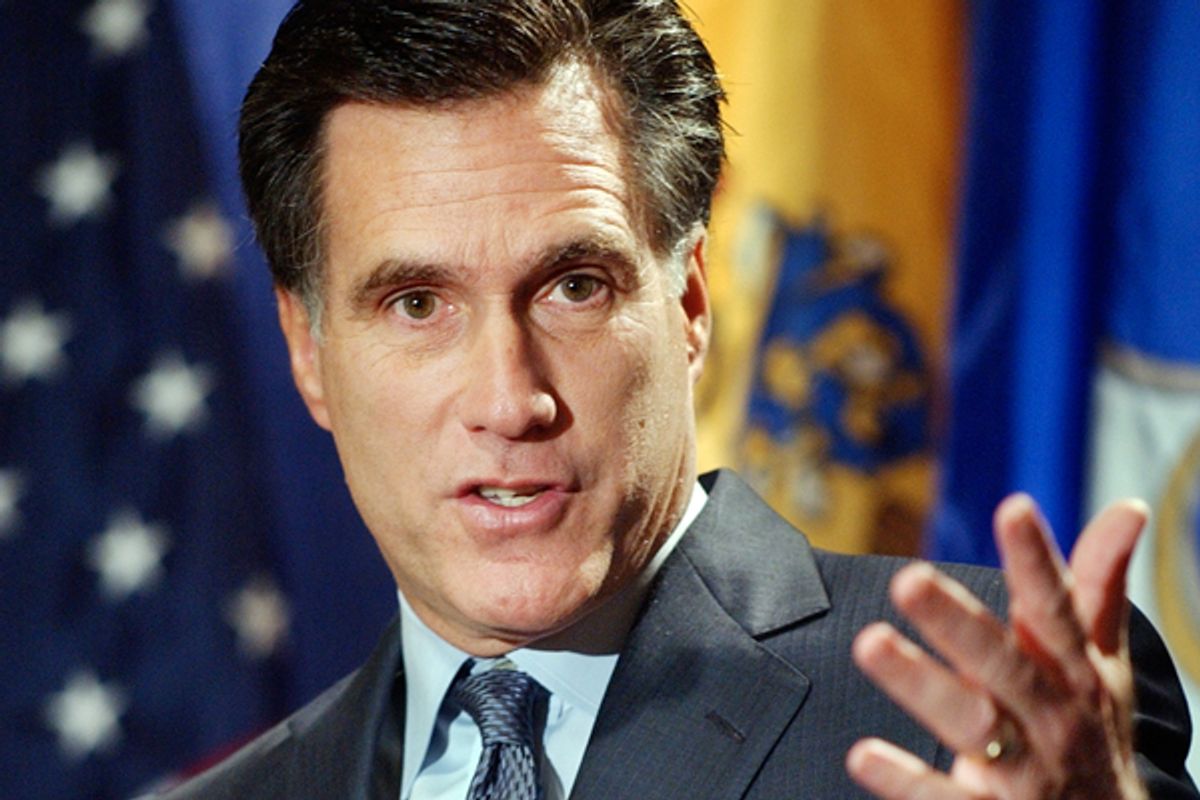 Before it got derailed by a string of embarrassing gaffes abroad, the Romney campaign was going all in on a misleadingly out-of-context quote that they claimed showed President Obama telling small business owners that they didn’t build their businesses, that it was government investment instead. Team Romney created “we did build this” merchandise, and hosted numerous events and town halls that featured outraged businessmen (several of whom, it was later revealed, had received government contracts).

The Obama comment sparked a new conservative meme, which claimed the government had no role in inventing the Internet. It's completely untrue (government and government scientists were critical), but the revisionist history about the Internet is really just the apotheosis of the conservative backlash against government investment in science and technology in the Tea Party age. There used to be broad bipartisan consensus that federal dollars were well spent on such research, but Romney joined other Republicans in vilifying Solyndra as an example of what he calls on his website “costly government investment [that] has failed to create an economic boom” in green energy. Just yesterday, Romney came out against extending a tax cut for electric wind energy.

But Romney wasn’t so hostile to government investment in innovation. In fact, in his book "No Apology: The Case for American Greatness" he said it was essential to economic success, and even credited the government with inventing the Internet. Here’s the relevant portion: He goes on to warn that government shouldn’t “pick winners and losers” and that doing so will inevitably create a spiral effect of more spending, but it’s still a different position from the one he seems to be adopting now, which is adversarial to the very idea of government investment in economic innovation. And while Romney calls for increasing government spending on R&D in his book, he has supported GOP plans like Rep. Paul Ryan’s budget, which would slash this kind of investment.