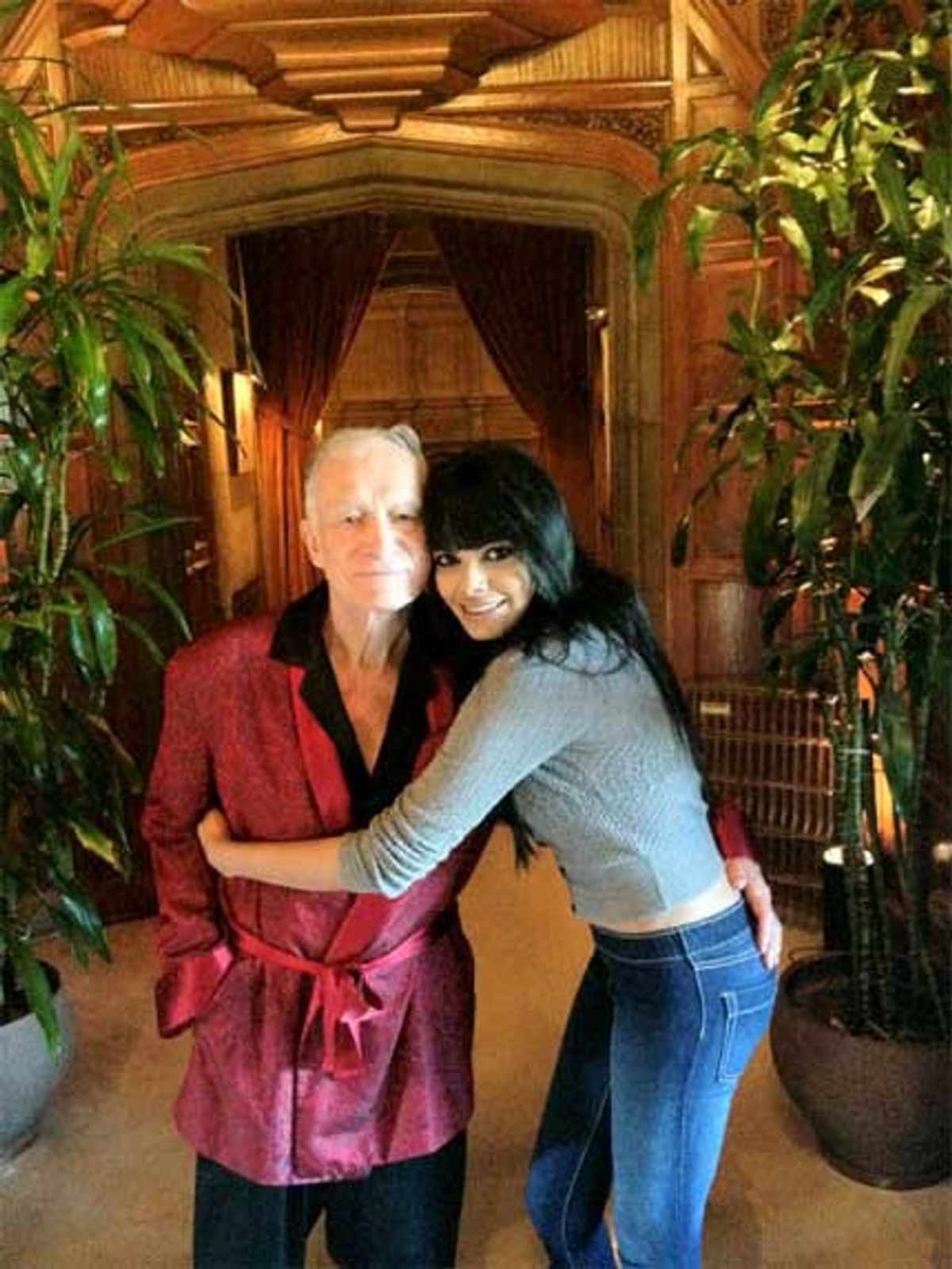 Sherlyn Chopra is making naked lady history by being the first Indian woman to pose nude for Playboy. And she’s getting a lot of criticism for this–not because she is supporting a misogynist publication that perpetuates ridiculous standards of sexy. No, that’s not why. Instead, she is getting criticism because some people believe she is hurting the view that Indian women should be modest and pure.

Playboy has always had this awkward relationship to feminism. Hefner is a sexist pig that lives off the objectification of women’s bodies and posits nudity as faux-empowerment–since you get paid for it! (He ignores the part where it is a sexist marketplace that believes a women’s greatest asset is that booty which allows for this “empowerment”).

But there’s also this awkwardness: Playboy has made visible types of sexuality and expression that were never seen before, and with that came some diversity, and the opening up of social conventions around sexuality. They just weren’t ones that were predicated on the equality of women.

Sherlyn Chopra made the decision to pose nude in Playboy despite some pretty tricky opposition. First, Playboy is illegal in India, where Chopra works and lives (you can access it on the internet). Second, as an old friend put it on Facebook last night, Chopra is now seen to be diminishing a belief about “Indian women” globally–that they are modest and pure. This means woman’s sexual expression is not just bad for her or for other women, but it is bad for how the world sees Indian women. Wow, that’s a lot of pressure!

One woman told the Daily News:

“At a time when innocent women across the nation from Gujarat to Guwahati have been subjected to sexual abuse and humiliation, one wonders if Sherlyn Chopra’s pictures wound a woman’s integrity,” media commentator Gayatri Sankar wrote.

“Isn’t it an irony that on the one side, as common women strive hard to safeguard their modesty, the Sherlyn Chopras encourage voyeurism?”

OK, well, it is true–sexual crimes against women in India is an epidemic and not just sexual assault, but forced marriage, sexual slavery, domestic abuse, retrograde marriage laws, etc. There are so many ways that women in India suffer at the hands of patriarchal ideas about controlling women’s bodies, sexuality and freedom.

However, blaming women for immodesty or sexual expression is harmful, retrograde and sexist. It relies on the belief that women’s bodies exhibit a sexuality that should be controlled, and when it is not successfully controlled, they deserve what is “coming to them.” The undue pressure put on women to maintain an unrealistic vision of modesty and purity, that no one can live up to, is slut-shaming in different packaging. It’s a particularly toxic brand of nationalism–the idea that a woman’s purity and modesty is the core of her identity as it relates to her culture. And it has consequences in how women can function. It limits the visions women can have for themselves, their self-expression and control over their own bodies and sexuality. Ultimately, it produces the culture it is trying to control.

So, I am now forced into an awkward position where I have to defend Chopra’s decision to pose nude for Playboy in the face of misogynist ideas about women’s purity and modesty as it relates to Indian nationalism. Critique the retrograde and sexist ideas about sexuality that give a magazine like Playboy so much capital, fine. But not the women that choose to do it. Conflating a woman’s sexual expression with the purity or modesty of her culture is one of the roots of sexism and patriarchy.