U.S. gymnast Gabrielle Douglas won gold in the all-around competition. Here's a look back at her road to the podium 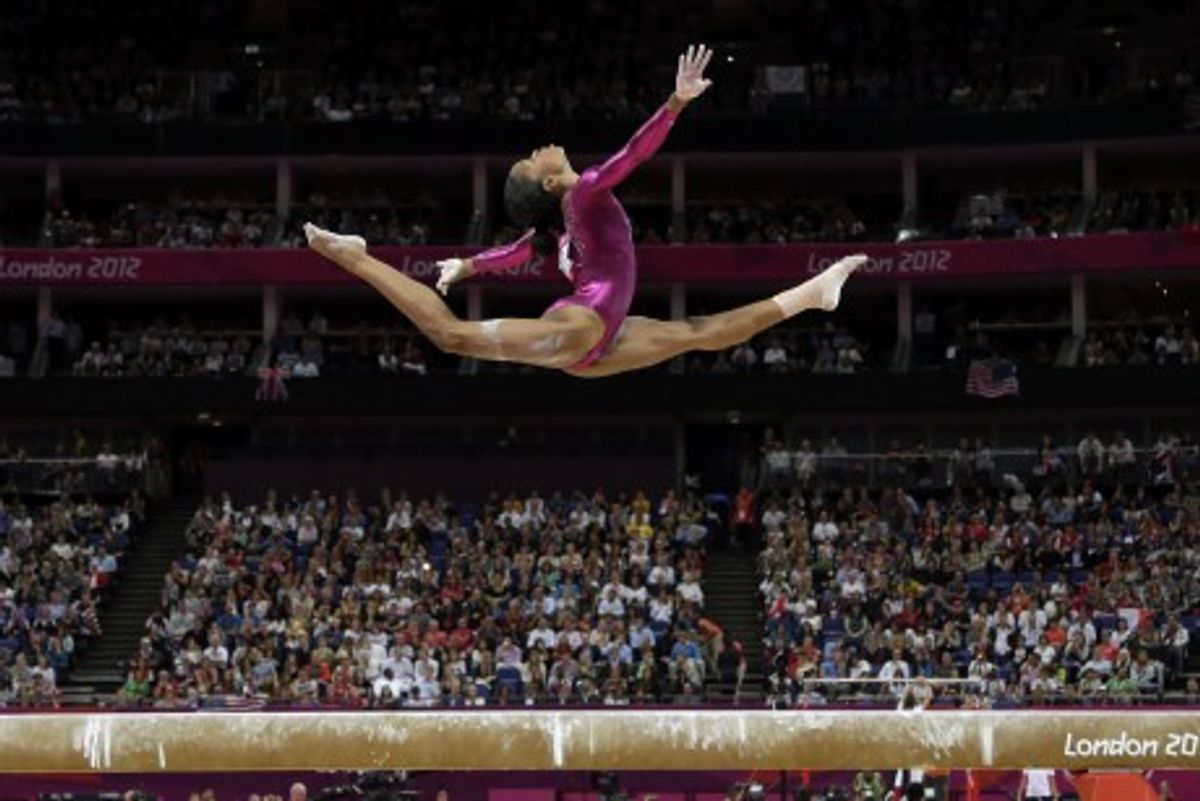 In the 2011 Visa Championships, Gabrielle Douglas fell off the balance beam as she tried to conclude a nearly flawless routine with two back handsprings. The fall stunned her. Though she managed to land on her feet, the slip hurt her in the overall standings. She finished seventh, jeopardizing her chance to participate in the 2011 World Championships in Tokyo.

The experience galvanized Douglas. "I learned about being a competitor," she said. "No one is going to feel sorry for you. No one is going to be like, 'Ooh, you fell.'” Today, Douglas, also known as the “Flying Squirrel,” went on to become the first African-American woman to win the all-around gold medal at the Olympics. To celebrate the victory, Salon offers  a few videos of the new champion.

Douglas talking about her training regimen and what she eats, -- ice cream and a brownie after competing.

At her host family's home in Iowa, Douglas goofs off, via the Des Moines Register.

When she was still an "Olympic hopeful" in April 2012, Douglas was filmed in the Iowa gym where she trains, along with her coach Liang Chow. Douglas tears up talking about being away from her family in Virginia Beach.

Here's Douglas at the US Olympic Trials, a roundup of her performances on each apparatus.