The author's recommendations were as brilliant and eccentric as he was 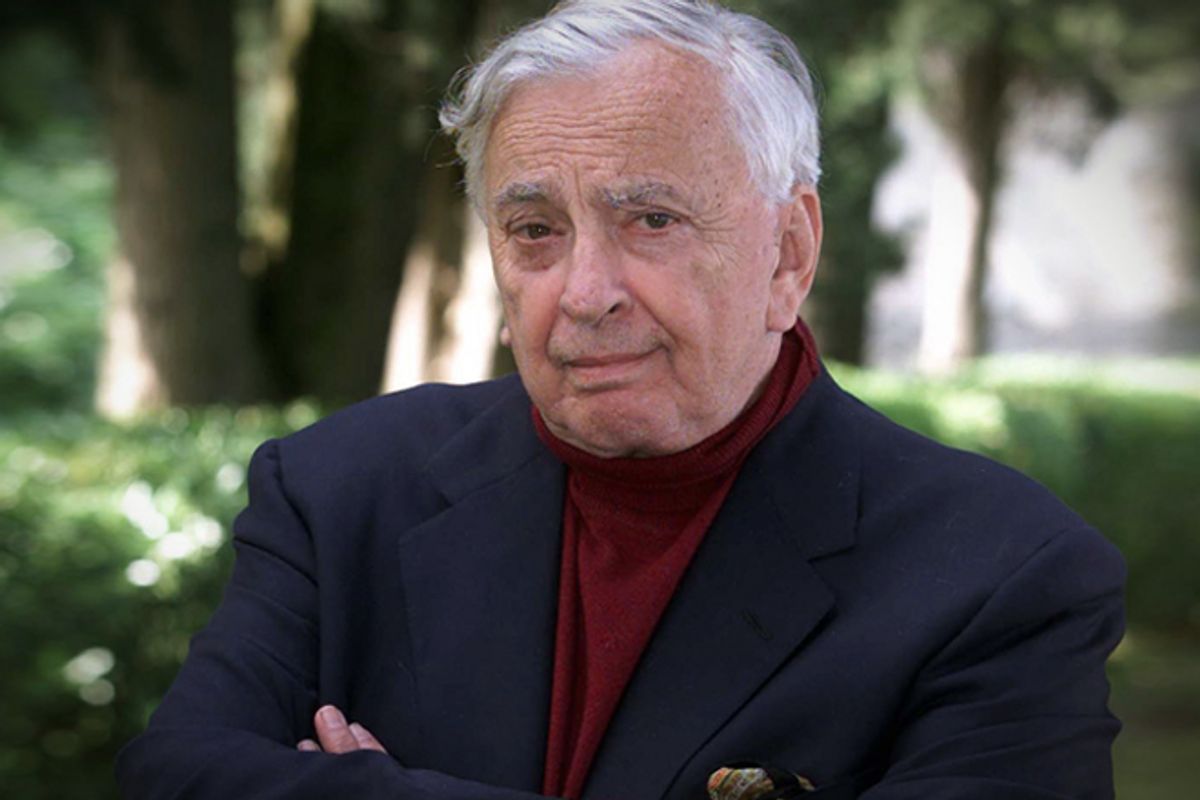 I briefly interviewed Gore Vidal once. It was a little more than thirty years ago, at the end of a long day of filming in Los Angeles. I was working as writer and segment producer on an arts magazine pilot for public television.

Vidal was staying at a friend’s house near the Hollywood Bowl. At 5 pm, the prearranged time, I knocked on the door and after a minute or so heard footsteps coming down stairs. The door opened and there he was, swathed in a long, elegant, silk paisley robe (of course!) and still half-asleep.

I told him who I was and reminded him why I was there. Ronald Reagan had been in the White House for less than a year and already was threatening major cuts to funding for the arts, so as part of the pilot, I was interviewing authors about books they thought might help the rest of us through his presidency. The answers would be spotted throughout the show, like currants in a bun. Vidal nodded and returned upstairs to change while the crew set up in the living room.

A few minutes later, now in jacket and tie, he joined us and sat down as lights, camera and sound were adjusted. I told him again what I wanted but now he stared at me blankly. Books for the Reagan years? He sighed, “I haven’t a clue.”

Wait a minute, I said, we talked about this on the phone just a few days ago so you’ve had time to think about it. Now would be a great time to think harder. (I was more polite than that, but you get the idea.)

After a second or two of brow-furrowing thought, he said, “No, nothing’s coming to mind.”

Pay for the crew was ticking into overtime. I felt beads of sweat – or blood – breaking out on my forehead. Disaster. And then I realized: he was toying with me, letting me twist slowly in the wind. Slightly mean, but only slightly, because after a few more moments of paralyzing silence, he suddenly took pity and said, “Okay. I’ll give you two takes. The first will be a minute; the other, thirty seconds.”

From that moment, he was grace and bonhomie personified, telling stories, but briefly glancing warily as we broke down the equipment. “60 Minutes” recently had picked up a local Italian crew to interview him at his home in Ravello. While striking the set, he claimed, they had taken all his track lighting.

The books he chose? The Federalist Papers, because with Reagan in office, he said, all of should have a better understanding of the Constitution and the lengths of thought and debate that had gone into it. Ironic in 2012, as Tea Partiers embrace the Founding Fathers and their document in a death hug and Michele Bachmann claims it was one of Gore Vidal’s novels about the early history of the United States that repulsed her so deeply she became a Republican. To which one can only say, as Vidal once did, “The United States was founded by the brightest people in the country -- and we haven't seen them since.”

The other book he recommended was Thucydides’ History of the Peloponnesian War, the ancient Greek historian’s chronicle of the fight between Sparta and Athens in the 5th century, BC. Reagan’s America was dangerously like Sparta, Vidal said, ruled by an elite, bound by tradition, xenophobic, not a democracy but a “militarized republic” too eager for confrontation.

Thucydides wrote, “We Greeks believe that a man who takes no part in public affairs is not merely lazy, but good for nothing,” and while for decades Vidal’s epicene lifestyle may have been indulgent to the extreme, his good-for-nothingness ended there. In his writing and commentary, including his plays and movie scripts, he was fully engaged in America’s public affairs, even running for office twice. His knowledge of history, overall erudition and outspoken, often outrageous, opinions – frequently mean but only slightly mean -- were an asset to the national discourse whether you agreed with him or not. He held an interest in politics and government from childhood, the descendant of a uniquely American style of aristocracy, gone now, that for good or ill, saw commitment to the general welfare as essential to its noblesse oblige philosophy.

Wealth and privilege no longer mean obligation but are simply the motives for more wealth and privilege. Ten years ago, in The Decline and Fall of the American Empire, Vidal wrote – presciently -- “Any individual who is able to raise [enough money] to be considered presidential is not going to be much use to the people at large. He will represent...whatever moneyed entities are paying for him.... Hence, the sense of despair throughout the land as incomes fall, businesses fail and there is no redress.” A message that transcends time and party affiliation.

He was smart, acerbic, funny and astoundingly prolific. Once I was in attendance at a studio from which a short-lived attempt at a weekly, public TV quiz show was being broadcast; Gore Vidal was one of the guests. The moderator had asked the panel to identify the source of an especially pithy and eloquent quote. Each was dumbfounded until the host came to Vidal, who thought a moment, then said, “Was it me?”

It wasn’t. But it could have been.