Michael Phelps is not the greatest

The swimmer has the most medals, but that doesn't make him better than Jim Thorpe, Jesse Owens or Nadia Comaneci 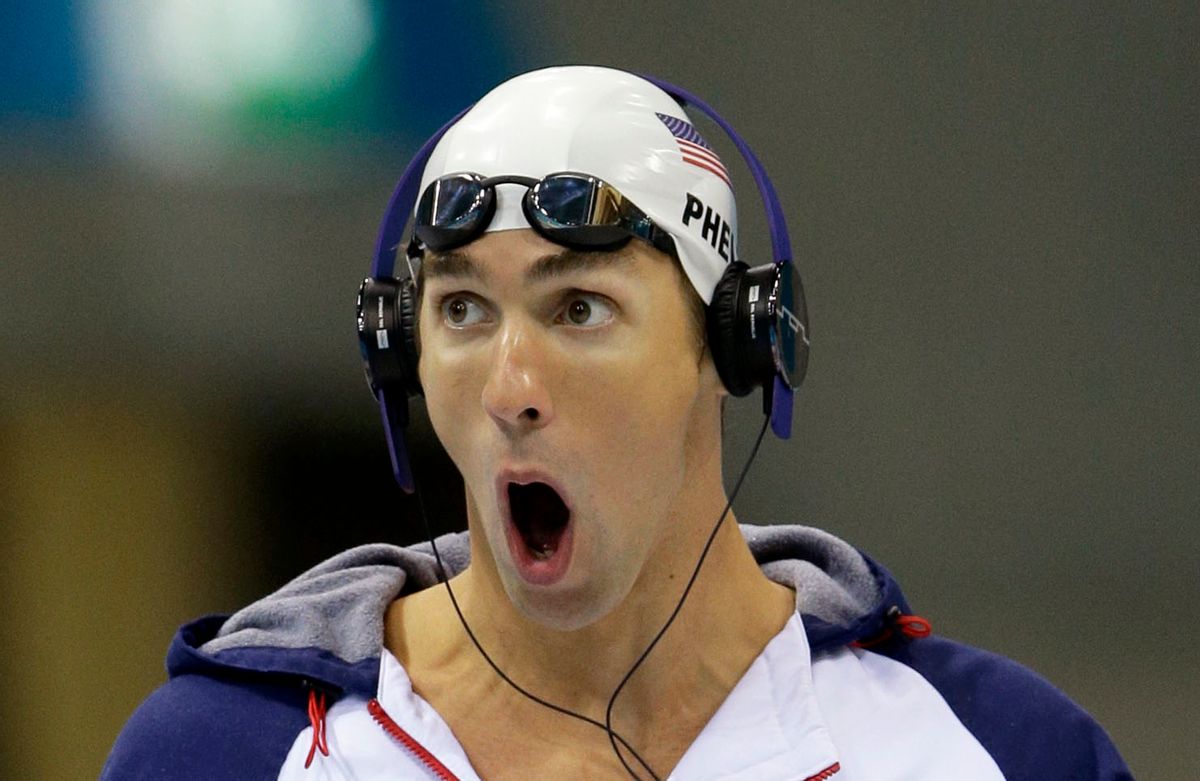 It’s dirty pool – in fact, dirty swimming pool -- the way the international press and especially the American press are jumping all over two-time gold medalist and London 2012 chairman Sebastian Coe for his comments about Michael Phelps after Phelps earned his 19th Olympic medal (15 gold, 2 silver, and 2 bronze) in the 4x200 meter freestyle relay.

Nothing there was intended to diminish Phelps’ achievement. And why, after all, is Coe obligated to say that Phelps is the greatest? I particularly liked it when he said, “This is the global pub game: ‘Who is the greatest Olympian of all?’ I could go around this entire room, we’d all come up with different interpretations on that, but you have to say he’s up there.”

When pressed, Coe named five-time gold medalist rowing great Steve Redgrave and two-time decathlon champion Daley Thompson as his pick for greatest. I liked that, too – bringing in some great athletes who didn’t get as much press as stars do now. He also mentioned Jesse Owens, whose four gold medals at the 1936 Berlin Olympics was probably the greatest example of grace under pressure in Olympic history, and Nadia Comaneci. And with due praise to Phelps, who could make a serious argument that those two weren’t as great as any athletes who ever lived?

Yes, it is a pub game to compare great athletes from different eras, and I‘d like to raise  a glass for my choice as greatest Olympian of all time: here’s a vote for Jim Thorpe.

Speaking of dirty, the phrase “dirty badminton” first entered the sport about 20 years ago when I kicked my niece’s butt in her backyard by screaming, “Oh, God, don’t step in that!” at break point.

Dirty badminton has now scarred the 2012 Olympics and reached the proportions of scandal – in fact, the biggest scandal of the Olympics so far – when eight women playing for China (two teams), South Korea, and Indonesia -- were disqualified and then expelled for throwing their matches.

This wasn’t throwing as in say, the 1919 Black Sox throwing the World Series. That was fixed by gamblers, and badminton may be the Olympic event that is least bet on.

To cut through all the complications and get to the short form – and, trust me,  the qualifying rules in Olympic badminton make the NFL’s postseason formula seem like the rules to Candyland – the women intentionally lost in order to get a better – i.e., more favorable – opponent in the next and final round, when they would be vying for medals.

It was so blatant – some of the Chinese players who could swat that birdie into a shot glass at 60 feet were actually hitting it under the net – that some in attendance asked for their money back.  To some of us, that was a revelation in itself – I had no idea people actually paid money to watch badminton.

A BBC commentator called it an “Evening of shame,” thus shockingly putting it in the same category as last fall’s "The Playboy Club," which perhaps not coincidentally, also aired on NBC.

Everyone, even other Chinese players, are voicing their disgust. “This is definitely not within the Olympic spirit,” said China’s Lin Dan, the No. 2 men’s singles player. “Badminton will be damaged.”

“You cannot accept that players manipulate the game,” said Martin Kranitz, team leader of the German men’s team. “It was unbelievable. Everybody could see this” – i.e. that the teams were deliberately losing. “This produces a negative image for badminton and a bad image of China.”

Well, let’s not single out China. There were Indonesian and South Korean teams involved as well. And let’s not go overboard on whether or not badminton will be damaged. For millions of people around the world, the most publicized scandal of the 2012 Olympics was the first indication that badminton even is an Olympic sport. I can’t see how badminton could come out of this scandal any worse than it went into it.

Badminton was introduced at the Olympics as a demonstration sport in 1972 and became a medal sport in Barcelona in 1992, but it’s  often perceived as wimpy. “An obscure, easily mocked sport,” said Sports Illustrated’s Michael Rosenberg.

Such remarks are only made about badminton by people who haven’t actually played it. You can work up as great a sweat playing badminton as you can at almost anything else. Like so many sports, it isn’t particularly difficult to play, the skill is in playing it better than someone else. That means that anyone dedicated to it sooner or later becomes obsessed with winning  -- and the Asian countries, including China, North and South Korea, Japan and Indonesia, certainly are dedicated, winning 69 of 76 medals over the last 20 years -- and winning in the Olympics means only one thing: taking home a medal, preferably a gold one.

It is absolutely absurd to think that human nature will cease to be human nature in the pressure cooker of playing in the Olympics. What’s more likely to happen is that under such circumstances the shadier side of human nature is, sooner or later, going to show itself. In this case, shadier doesn’t mean cheating, but losing in order to gain a better chance of winning.

I don’t know how else to phrase that. The Olympic badminton committee which has power over the sport of badminton (and it certainly seems silly to include the words “badminton” and “power” in the same sentence) should act on what happened yesterday and change the qualifying rules immediately – not just for badminton but for any other sport with similar standards.  You have athletes who have trained for an event for years, giving up a significant portion of their life to it, and under enormous pressure to win -- then you ask them to play under rules which promise them a better chance of medaling if they lose a match. Sooner or later, what do you think is going to happen?

Yes, playing to lose is contrary to the spirit of Olympic sport. But so is punishing someone for winning, which is the way badminton’s rules are now set up.