The Republican candidate debuts on the New York Stock Exchange, to the delight of banks and gun manufacturers 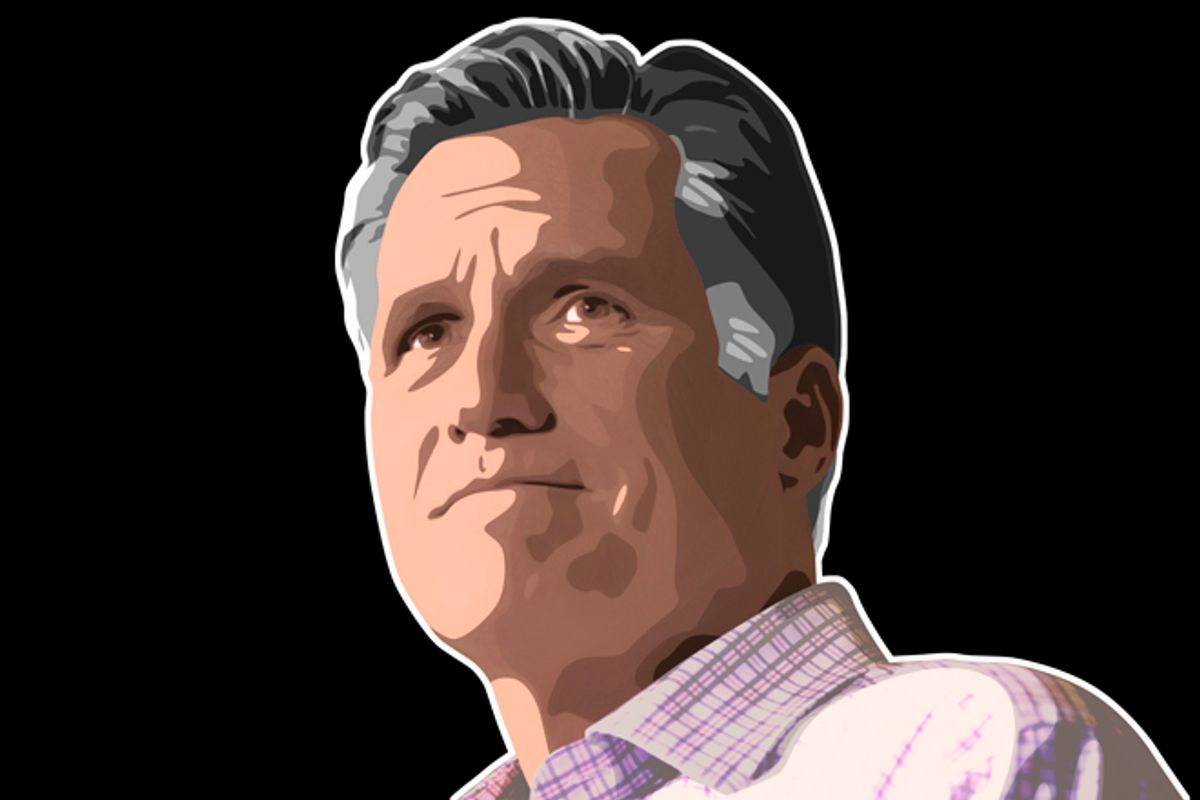 Shares of presidential candidate Mitt Romney debuted today on the New York Stock Exchange. The stock, trading under the ticker symbol USA, surged nearly 30 percent before selling off and ending the day at $31.20, slightly above its offering price of $31.00. The campaign raised approximately three billion dollars with the offering.

The IPO of Mr. Romney was underwritten by a number of investment banks including, but not limited to: Goldman Sachs, JP Morgan, Credit Suisse, Citibank, Bank of America, Deutsche Banks, Barclays Capital, Morgan Stanley, Nomura Securities, Allen & Company, UBS, Wells Fargo, Cantor Fitzgerald and Bain Capital. Trading activity indicates that all of the banks sold their Romney shares at today’s peak, while simultaneously telling their clients to buy. “Each of the banks probably pocketed close to a billion dollars,” said one veteran Wall Street trader. “I doubt the SEC will investigate because it will just make Obama look anti-business.”

Smith and Wesson, which manufacturers pistols, rifles and semi-automatic machine guns--many of which are popular with street gangs and terrorists--recently purchased millions of pre-IPO shares of Mitt Romney after the candidate, in response to the tragedy in Aurora, Colorado, said that "changing the gun laws won’t make all bad things go away.”  Smith and Wesson now owns 18 percent of Mr. Romney.

Casino magnate Sheldon Adelson, who lost several million dollars on his ill-fated investment in Newt Gingrich, has been acquiring huge chunks of Mr. Romney over the last several months and now owns 34 percent of him. As the controlling shareholder, Mr. Adelson has not been shy about exercising his newfound influence over the candidate. Earlier this week, for example, the casino magnate sent Mr. Romney to Israel and made the candidate enthusiastically endorse a pre-emptive Israeli attack on Iran, proclaim Jerusalem the capital of Israel and decline to support a two-state solution.

Several companies have bought and sold Mr. Romney several times over the years. Chick-fil-A, for example, was an early investor in Mr. Romney but sold their entire stake during the 1994 Massachusetts senate campaign, when Mr. Romney promised to be a “champion for full equality for gays and lesbians”. The popular fast food chain then re-purchased shares of Mr. Romney during the 2008 presidential primaries, after Mr. Romney reversed course and made clear his opposition to same-sex marriage. Sources say Chick-fil-A is not completely confident in their current investment so, based on the advice of JP Morgan, has hedged their bet on the candidate by purchasing several million dollars worth of ‘Mitt Romney put options’--a new investment product recently created by JP Morgan.

The Obama campaign appears to have been caught flat-footed by the initial public offering and, because Mr. Obama has not made shares of himself available on the stock exchange, is now facing renewed accusations that the president is an anti-business socialist. “We can’t afford to get outflanked on the business issue again,” said a source within the Obama campaign. “We’ll probably take the president public in the next couple of weeks.”

Mr. Romney’s blind trust originally owned 100 percent of Mitt Romney, but the trust has been gradually selling off its entire stake in the candidate ever since Mr. Romney first ran for political office in 1994. Critics contend that Mr. Romney is now beholden to the special interests of his shareholders, but the Romney campaign argues that, because the shares were sold through Mr. Romney’s blind trust, the candidate does not know who owns him.

Shares of the candidate were down slightly in after-hours trading.