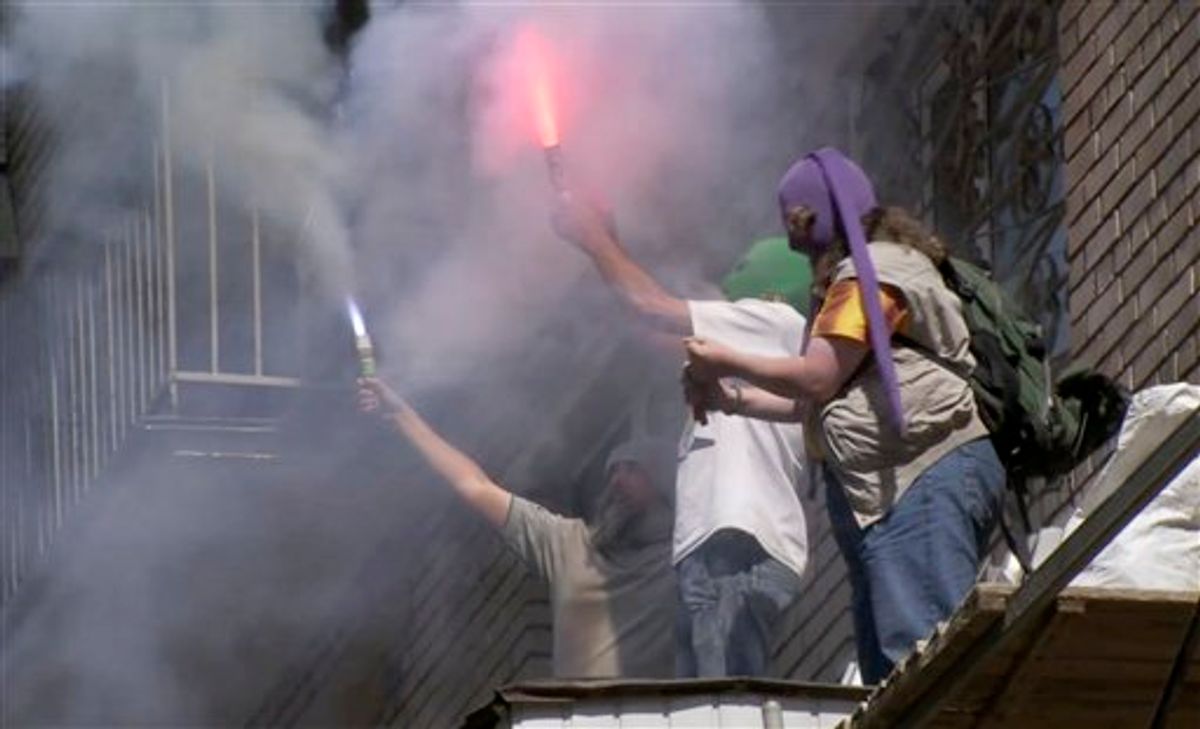 Three men in balaclava's light flares on the balcony of a building shouting: "Freedom to Pussy Riot!" (AP/APTN)
--

While droves of Americans exercised their right to eat Chick-fil-A this week, three Russian women sat jailed in a glass cage and longed for a proper democracy. Maria Alyokhina, Nadezhda Tolokonnikova and Yekaterina Samutsevich, members of the punk rock collective Pussy Riot, are being charged with “hooliganism motivated by religious hatred” and face seven years in prison if convicted, The Guardian reported. Along with being caged for up to 10 hours per day in court, the women have been denied food and sleep, claims their infuriated lawyer Violetta Volkova.

The trouble started in February when five members of the collective performed an anti-Putin song inside a Moscow church – for just 30 seconds. Security guards quickly booted the women, and within two weeks, three of the women had been arrested, Gawker reported. Despite the judge’s denial of nearly all of the defense team’s objections, there is hope: This week Putin said that the women mustn’t be “judged ‘too harshly.'”