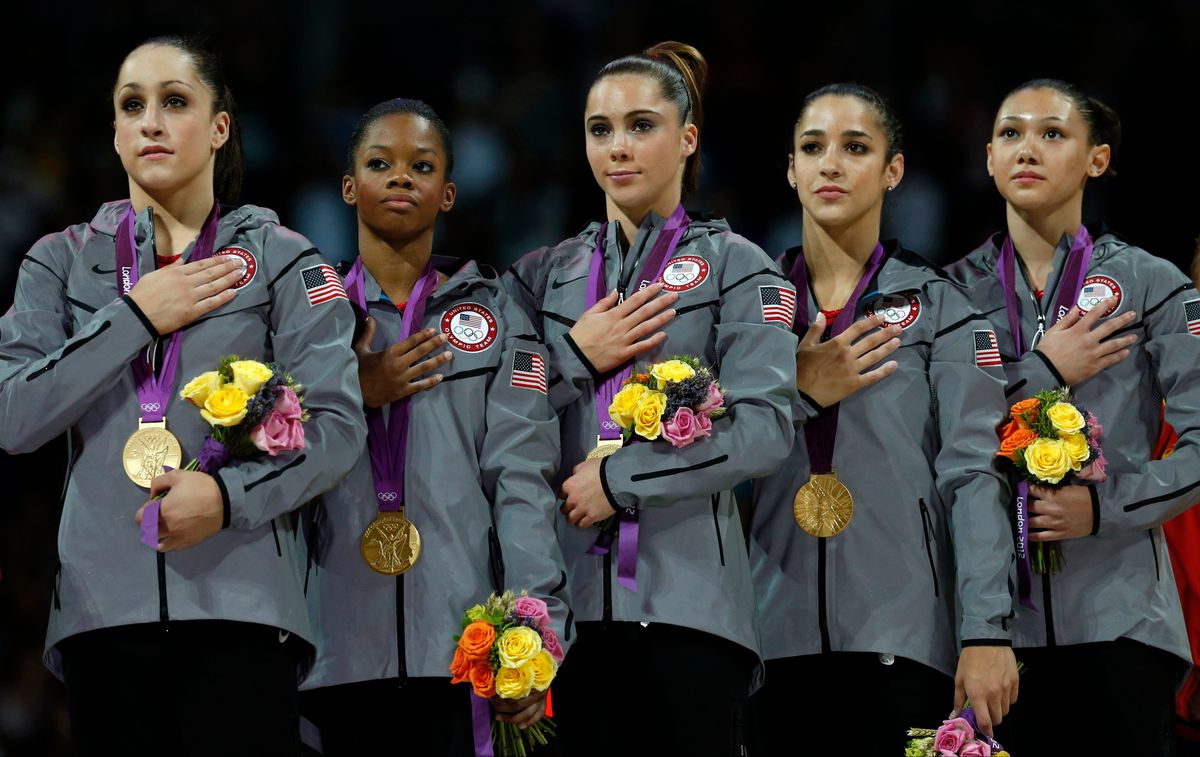 When NBC lets us see victorious athletes from other countries, the Olympics medal ceremonies are one of the rare times -- state visits, international athletic contests and a visit from the Toronto Blue Jays excepted -- that we get to consider the national anthems of other nations.

Chances are you even have your favorites: "O Canada," maybe, or "La Marseillaise." But how much time have you spent thinking about them?

Sure, for "La Marseillaise," you think of the stirring scene in "Casablanca" in which the patrons of Rick's Cafe Americain rise up to drown out the hated Germans' singing. But those lyrics -- do you know they are singing, amid other sanguine images, about letting impure blood water the fields' furrows? (Fortunately, the stanza about sons and women having their throats slit is no longer sung.)

The song emerged from the bloody French Revolution, so the lyrics make some sense in context. Or, as the Massachusetts musician and educator Nat Needle observes, "I would guess you'd have to be invaded and occupied a lot (and doing your share of invading and occupying) to come up with stuff like that and have it be appealing to people."

National anthems came into vogue in the late 18th and 19th centuries. While some, like Japan's, are based on songs or poems that are much older, that period was when most were adopted.

And here's the thing: They all sound pretty much the same, when you think about it: Martial and often, like "The Star-Spangled Banner," battle-born.

Robin Moore, a professor of ethnomusicology at the University of Texas, cites the work of scholar Thomas Turino on national anthems. "Turino's argument is that nations are not trying to sound their differences but prove they have the proper trappings of European nations." In other words, if you're trying to prove you're a nation of stature, you take the model of other nations of stature.

"I can't think of a single place that has adopted their more unique local qualities into their national anthem," says Moore. Thus no shakuhachi in the Japanese anthem, no sitar in the Indian one, no jazz in the American anthem.

Steven Greene, an associate professor of political science at North Carolina State University, is a bit of a national-anthem buff. "They're a jingoistic vestige of a former era, but I love them anyway," he says. So much so that when he goes to Carolina Hurricanes hockey games, he often picks games against Canadian teams so that he'll get to sing along with "O Canada."

His favorite is the stirring and stately Russian national anthem, which is a reworking of the old Soviet anthem. (Greene even remembers a bit of trivia from the '92 Olympics, in which the newly minted former Soviet republics, lacking an official anthem, used the "Ode to Joy" from Beethoven's Ninth as their official song.)

The Russian anthem is an interesting case. It replaced the Communist theme "The Internationale" in 1944. (I have a memory from college of a professor, nearly in tears, regaling the class with a rendition of "The Internationale." I bet that doesn't happen anymore.)  In 1956, their former leader being out of vogue, lyrics mentioning Stalin were excised, and it was revised again in 1977. When the Soviet Union was dissolved, a new and unloved anthem was introduced, but it was such a bust that the old anthem, revised yet again, was reinstated.

Greene thinks there's a cultural reason why all anthems have pretty much the same elements. "People have a schema, a mental idea of what a national anthem should be." It ought to be martial, and sound good when played by a military band.

Even the English version of "O Canada," the anthem of our pacific brethren to the north, officially adopted in 1980, hints at militarism, pledging that the citizens will "stand on guard." But in general, recent revisions and adoptions of anthems tend to tone down the bloody-mindedness a bit and lean a little harder on brotherhood. (Greene, for one, is no fan of "The Star-Spangled Banner": too hard to sing, too war-like. He much prefers "America the Beautiful.")

Still, it's nearly impossible to resist the heart-tug of a good national anthem. Says Greene: "It's part of belonging to a modern community of nations. This is what a nation does."

Kyrie O'Connor is an editor and columnist at the Houston Chronicle