What Obama means to the south 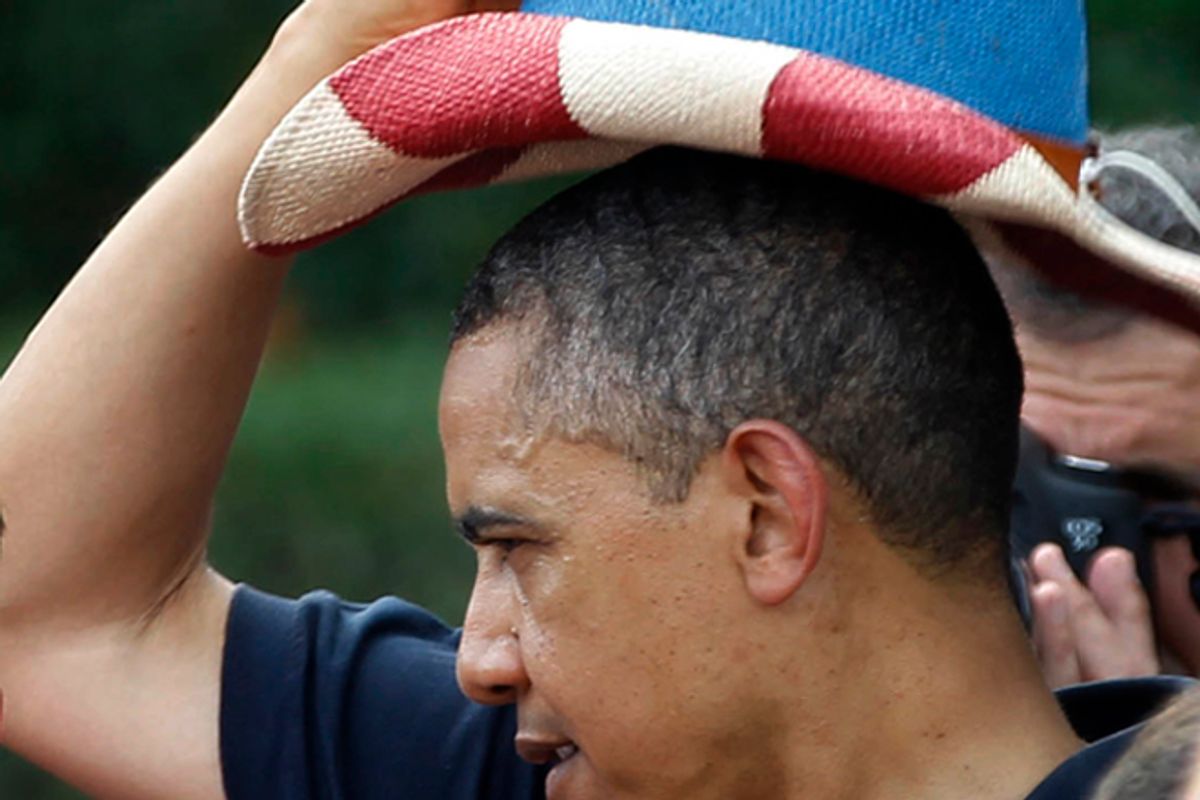 Jonathan Martin has a thorough and thoughtful look at the Obama-era politics of the South at Politico today. His main takeaway:

Any hope that the nation’s first black president would usher in a period of reconciliation in the old Confederacy has crashed on the rocks of a harsh reality: African-Americans overwhelmingly support him and whites make up much of the opposition. Far from being a transformational figure in the South, Obama has instead reinforced the region’s oldest and sturdiest divide.

Not surprisingly, this has apparently revived the familiar argument over the role race plays in motivating opposition to Obama, with conservatives appalled at the suggestion there’s any link. For instance, the Republican speaker of Alabama’s House, Mike Hubbard, points out to Martin that Condoleezza Rice is popular among his state’s GOP voters, proof, supposedly, that white disgust with Obama is “philosophical, not racial.” And Lindsey Graham says it’s a simple matter of Obama being a disappointing president:

“This was the first serious African-American presidential candidate and that was intriguing and quite frankly pleasing to many white independent voters. I think [white independents] bought the message that he was selling and liked the salesman. Fast-forward four years. Now he’s lost the luster. The guy that ran in 2008 is not even recognizable anymore in terms of a bringing-us-together figure and his policy choices have hurt us a great deal.”

Neither of these explanations gets to the heart of what’s going on in the South, though. The reality is that Obama came to office as the region was completing a decades-long partisan transformation, from Democratic bastion to Republican redoubt -- and it’s impossible to separate race from this evolution. The polarization that Martin describes wasn’t caused by Obama’s presidency, and whatever hopes there were that he would transcend it were badly misguided.

It’s been argued that the South’s political roots are conservative and that therefore the Republican Party is the logical home for the region’s voters, at least its white voters. There’s something to this; even before the civil rights movement reached critical mass, there were signs that some white Southerners were reconsidering their inherited loyalty to the Democratic Party (which was a product of the white Southern backlash against Reconstruction, a project led by Northern Republicans).

But it was when Northerners in the Democratic Party finally managed to insert a civil rights plank into their party’s platform in 1948 that the tide really began to turn. And things accelerated in 1964, when LBJ signed the Civil Rights Act and Republicans nominated a senator, Barry Goldwater, who had been part of the Southern Democrat-led effort to filibuster the bill. Twenty years earlier, FDR had taken 94 percent of the vote in Mississippi; in the fall of ’64, Goldwater nabbed 87 percent.

At first, white Southerners were only comfortable voting for Republicans at the presidential level. Within their states and local communities, they still controlled the levers of power, so they continued to operate within the Democratic Party, for the most part. But real Republican organizations were sprouting up all over the South, and with each successive election, more white voters trickled the GOP’s way. The demise of Jim Crow laws and the influx of black voters into the Democratic Party hastened this process. But it still took years to shake out, with whites slowly leaving the Democratic fold and Republican candidates steadily making inroads further and further down the ballot.

It’s finally culminated in the dynamic that Martin describes: In the South – and really, the Deep South -- race and party identification are essentially synced up. But this was the case before anyone had heard of Obama. In 2004, for instance, George W. Bush won the white vote in Alabama by an 80-19 percent margin over John Kerry. In Mississippi, it was 85-14 percent. It’s true that Obama did worse than this in 2008 – losing 88-10 percent among Alabama whites, and 88-11 in Mississippi – but it’s not like most Southern whites suddenly turned against the Democratic Party because of him.

Bill Clinton can attest to this. He fared reasonably well in the region in his 1992 and 1996 campaigns, but in between he watched his approval rating fall to Obama-like depths among Southern whites; the almost universal hostility of Southern whites to Clinton was a major factor in the 1994 Republican takeover of Congress. The main difference between the Clinton years and today may just be that there’s been a decade-and-a-half for the newfound GOP loyalty of Southern whites to harden in place.

So it’s too simplistic to say that Obama’s race has created the deep racial/partisan divide in the South, or even worsened it dramatically. It was already gaping before he came along. And much of the resistance and resentment his presidency has kicked up would likely have greeted a white Democratic president too (probably without the sometimes-overt racial overtones, though). The key here isn’t so much that the current Democratic president is black; it’s that to white Southerners the Democratic Party exists as the party of black Americans and other groups whose interests they see as different from their own.