Months after allegedly bringing her six-year-old daughter inside a tanning booth, Patricia Krentcil has reemerged 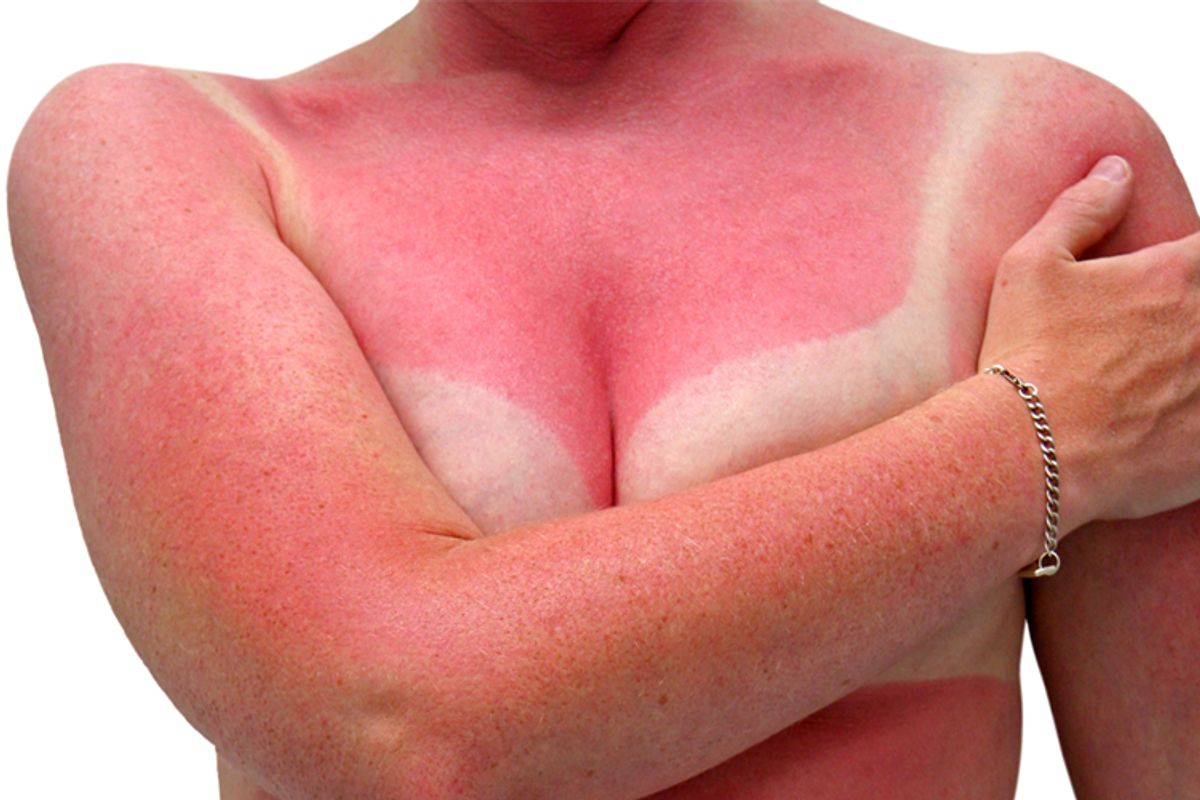 Not everyone looks better with a tan.

Patricia Krentcil of Nutley, NJ, was dubbed "Tanning Mom" when she was seen bringing her six-year-old daughter inside a tanning booth this year. She pleaded innocent in early May, and images of her deep bronze, leathery skin stoked enough controversy that actress Kristen Wiig mocked Nutley in a skit on Saturday Night Live.

Never one to pass up a good photo-op, In Touch convinced Krentcil to shun sun for a month and pose for pictures. She told the tabloid, "Everyone says I look so much better less tan." NPR provides the stunning before and after pictures. Meanwhile, New York State is considering a law that would ban anyone 16 or younger from catching artificial rays, The New York Times reported in June.