Americans think the decorated swimmer has been the Games' star. The host country would say it's Jessica Ennis 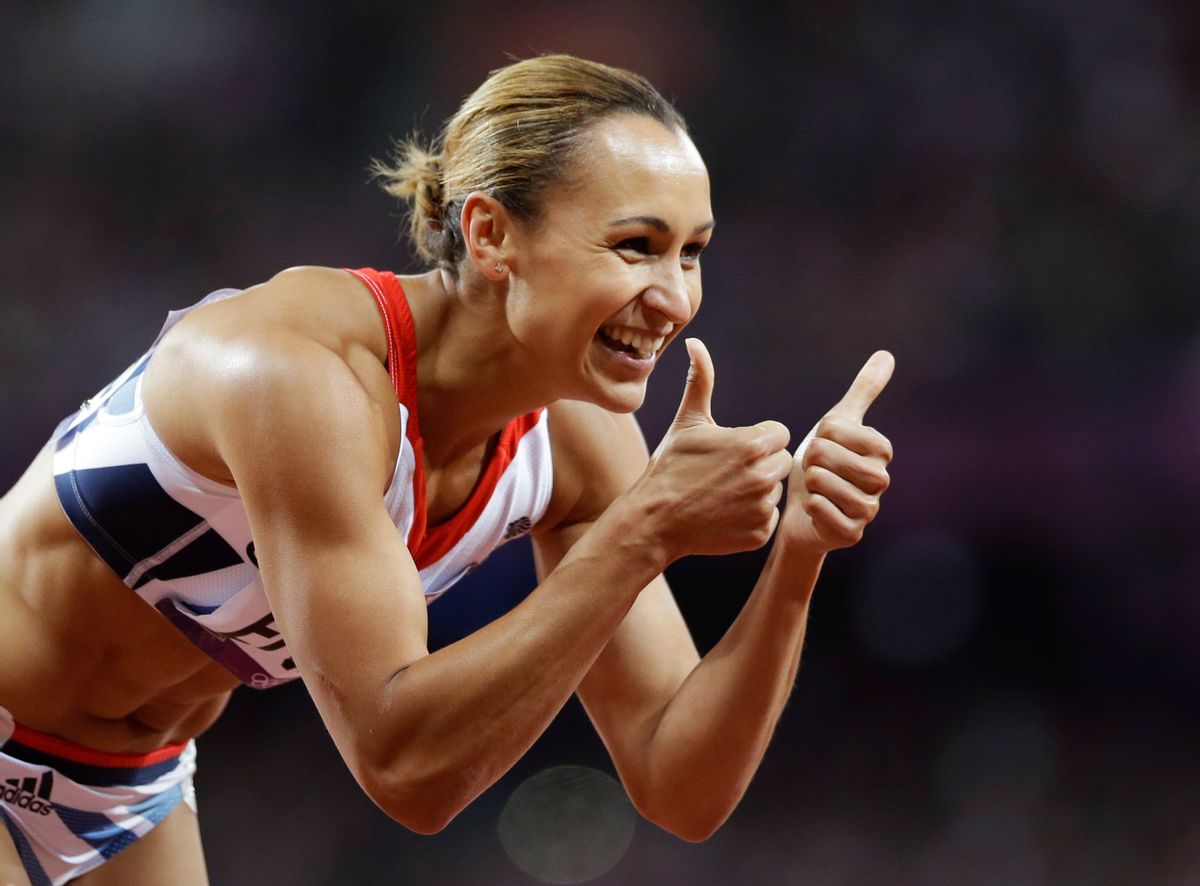 It really doesn’t seem like the Olympics until you get into track and field – athletics, in the official Olympics parlance that the Brits actually use. For many natives the Olympics began in earnest today. The press had been calling the empty seats in Olympic Stadium, which was built at a cost of 500 million pounds, a scandal; if so, the scandal ended abruptly on Friday when 80,000-plus packed in  -- “There’s not a spare chair to be seen,” as a BBC announcer phrased it – for the first day of the track and field competition.

If you think the British are reserved, you did not hear the roar that greeted their own Jessica Ennis, the poster girl, literally, for British athletics in the 2012 London Olympics. The pressure Ennis was under Friday as she lined up for the first event of the heptathlon – which unofficially determines the world’s best female athlete -- must have made what Andy Murray went through at Wimbledon last month seems like a Frisbee toss in Hyde Park.

Before these games, you may not have known Jessica’s face, but you may have probably seen her washboard-toned midriff on billboards all over the city and even in a field on the landing pattern into Heathrow. NBC cameramen could not resist, zooming in Ms. Ennis’ midsection at least four times during the first day. Her latest honor is a perfect likeness in wax at  Madame Tussaud’s.

Americans regard Michael Phelps’ gold medals -- his individual Olympic career ended yesterday with an amazing comeback for gold in the 100m butterfly -- as the high point of this year’s games. They are mistaken. Yesterday Ennis’ performance, as the Independents’ Tom Peck wrote, “dwarfed anything that has reverberated around this corner of east London this past week.”

Got that? Dwarfed. And speaking of dwarfed, that’s what Jess, at 5 foot-5 inches, seemed like when she lined up for the 100m hurdles alongside the reigning Olympic champion, Ukraine’s Natalyia Dobrynska, who is 5-10, and Russia’s 6-2 Tatyana Chernova – who surely borrowed that name from a James Bond novel.

But this compact little English lass flew flawlessly over each hurdle, blonde ponytail furiously whipping around her head as she cleared each hurdle.  A writer for The Sun caught up in the excitement described it: “ … Jess’ red spikes were flicking first over the ten sets of hurdles. Her finely tuned physique met each obstacle with precision and grace.  It was brilliant and flawless hurdling.”

Ennis completed the hurdles in a record 12.54 seconds, breaking the seven year world mark held by Eunice Barber of France and the Olympic record set in 1988 by Jackie Joyner-Kersee. In a final endearing touch, she looked up at the scoreboard and, unable to believe her own time, buried her face in her hands. Again, the Sun summed up her overall performance,  “Sheffield’s golden girl didn’t’ just live up to expectations, she smashed them out of the stadium.”  (Emphasis theirs)

The 200m couldn’t have been more spectacular if it had been directed by Danny Boyle. Her hair this time tied back in a knot, Jessica seemed to cross the finish line at the same time as the Netherlands Dafne Schippers and had to check the scoreboard to find out that is was indeed a draw and that she had achieved a personal best of 22.83. The camera captured the moment perfectly, focusing on Ennis as she gazed up at the scoring and the entire stadium rose in unison at the moment her time was announced.

“It was such an amazing feeling,” she gushed when it was over. “It kind of gives you goose bumps.” Kind of. Yesterday she must have given 80,000 sets of goose bumps – no, make that millions around the world. She ended the day with a staggering 184 point lead over her rivals. Today she must defend it in the final three events.By the time you read this, you’ll probably know if she prevailed.

It was a great day to be British. At the Belodrome the men’s cycling team kicked Australian butt  -- could anything but a victory over the French possibly be more satisfying? -- in world record time in front of an audience that included Tony Blair, Prince Edward, Stella McCartney and soon-to-be gold medalist Kobe Bryant.

And since it was Britain’s day, I’m going to let one of their best sports journalists, Tom Peck, close out: “Such was the euphoria of the occasion that when the four [Edward Clancy, Geraint Thomas, Steven Burke, and Peter Kennaugh] received their medals, the crowd broke with common Olympic practice and joined in the national anthem, sending the words of ‘God Save The Queen’ reverberating around the arena.”