"Privacy": Why it matters much more than you think

A provocative new book places the right to be left alone at the center of a just society. Why do we give it away? 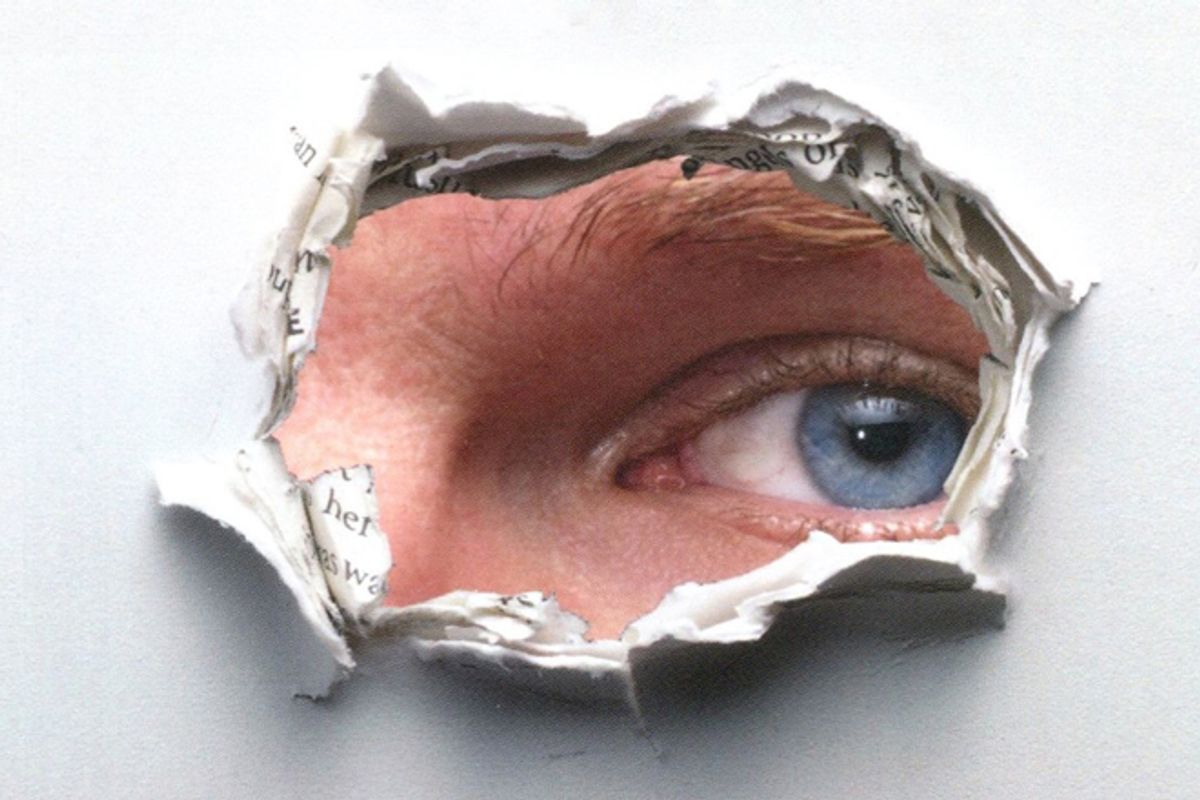 The greatest threat to privacy in contemporary America is a pervasive, shrugging indifference. Many (though not all) citizens are willing to give up a certain amount of their personal information to obtain credit cards, rent movies, post photos on Facebook and look at Web pages. After all, if you're not doing anything wrong, what do you have to hide? At least that's the logic flitting through many minds as they prepare to order groceries online or download the sequel to "Fifty Shades of Grey" onto their Kindles.

Garret Keizer's slim, eloquent "Privacy" is a cri de coeur against this state of affairs, less a book of facts and theories than a series of provocative juxtapositions and suggestive arguments. It encourages its readers to reframe how they think of privacy before it's too late. Read it to jolt your imagination into new territory, and to understand why the privacy that many of us sacrifice so readily ought to be held more dear.

Take, for example, the advantages listed in my first paragraph, conveniences for which many of us blithely trade our privacy online. They allow us to enjoy a film without having to share the theater with annoying popcorn-munchers, to avoid standing in line at the drugstore while holding over-the-counter hemorrhoid medication and to read that "Fifty Shades" e-book on the subway in confidence that our fellow passengers will learn nothing of our taste in smut. In contrast to the people poised at our elbows to snoop, interfere or judge, the corporations who track our consumption of these items seem so remote. But, as Keizer points out, "in attempting to hide from our neighbors, we put ourselves more at the mercy of opportunistic strangers."

Keizer, a writer who lives in Vermont, considers his own reverence for privacy to be superficially at odds with his politics. The latter he describes as "approximately socialistic, vacillating between social democracy and something in a deeper shade of red. I believe that economies should be planned, that corporations should be worker-owned, and that resources should be managed according to the Marxist principle 'from each according to his abilities, to each according to his need.'" The chief purpose of "Privacy" is to reconcile his profound desire to be "let alone" with his faith in community and collective enterprise. "I have come to believe," he writes, "that what feels like a contradiction in my personality need not be a contradiction in political practice."

There's a regional flavor to Keizer's temperament, Yankee reticence combined with town-hall-meeting citizenship, reminiscent of Robert Frost's belief that good fences make good neighbors. The old barb about the postal service providing a sobering real-world example of "socialism" in action, Keizer says, never carried much weight with him because he spent his youth in "small New England towns with eminently reliable post offices." Now may not be the most fortuitous time to employ that analogy, perhaps, but when Keizer goes on to add, "a world managed by mail carriers, park rangers and public librarians has never looked like an ugly world to me," you see his point.

Keizer aims to show that privacy, and respect for privacy, are core humanist values that should be enshrined in the heart of any society aspiring to social justice. He argues this against two distinct points of view that treat privacy as unimportant. The first, and by far the most common in American culture, regards privacy as a relatively minor right that can and often should cede precedence in favor of convenience and commerce (in cases of corporate information gathering) or security (in cases of government spying to combat "terror"). But there's another type of skepticism toward privacy rights, the kind held by Keizer's fellow leftists, who dismiss it as a bourgeoise concern and a taboo that has been used, historically, to cover up abuses of power.

While most readers will be interested in Keizer's apologia in light of the first attitude, I should note that he puts more energy into refuting the second. The charge of "bourgeoise" -- an epithet that supposedly invalidates privacy rights as rooted in reverence for private property -- will roll right off the backs of the majority, who are perfectly happy to be middle class and own stuff, even if they are also troubled by consumerism. In fact, the main flaw of "Privacy" is that it's not always clear exactly what arguments Keizer is attacking and who's made them, or whether anyone has made them at all. In one case, for example, he cites a Washington Post Op-Ed declaring that "privacy is so 1997," taking it as an occasion for curmudgeonly ire, despite the fact that the writer (Alexandra Petri, a comedian) was being sarcastic and actually objects to the erosion of privacy online.

Since Keizer so rarely names the proponents of the leftist theories he's quarreling with (Peter Singer, Amitai Etzioni and Catherine MacKinnon are three rare exceptions), I'm going to have to guess that they're mostly academics and that their influence on the culture at large is pretty limited. This is a bit like exhausting oneself in furiously debunking the Cheshire Cat's statements on the insanity of his fellow felines. Why knock yourself out? What happens in Wonderland usually stays in Wonderland.

Nevertheless, even if you occasionally have to harvest it on the oblique, there's an abundance of nutritional thought in "Privacy." Keizer has a way of turning lazy notions inside out to exhibit their fallacies. To the tech moguls who seem to think we ought to blithely hand over our personal information, he retorts, "Were [privacy] not a good thing, the wealthier among us would not enjoy more of it than the less wealthy do." Mark Zuckerberg doesn't live in a fishbowl. Keizer's observations on the embattled privacy of the poor, the distinctions between privacy and loneliness and the essential link between the "degradation of public life" and disrespect for the sanctuary of private life will serve readers of all political flavors.

That's just as well, because I'm not sure Keizer successfully demonstrates the compatibility of privacy and "from each according to his abilities, to each according to his need." To ascertain our abilities and (especially) our needs, won't the authorities have to do a lot of prying? Yet I'm entirely convinced by Keizer's argument that a society that doesn't value our personal privacy cannot plausibly claim to value our humanity. This may be a far bigger conundrum than one slender book can solve, but "Privacy" is a step in the right direction.