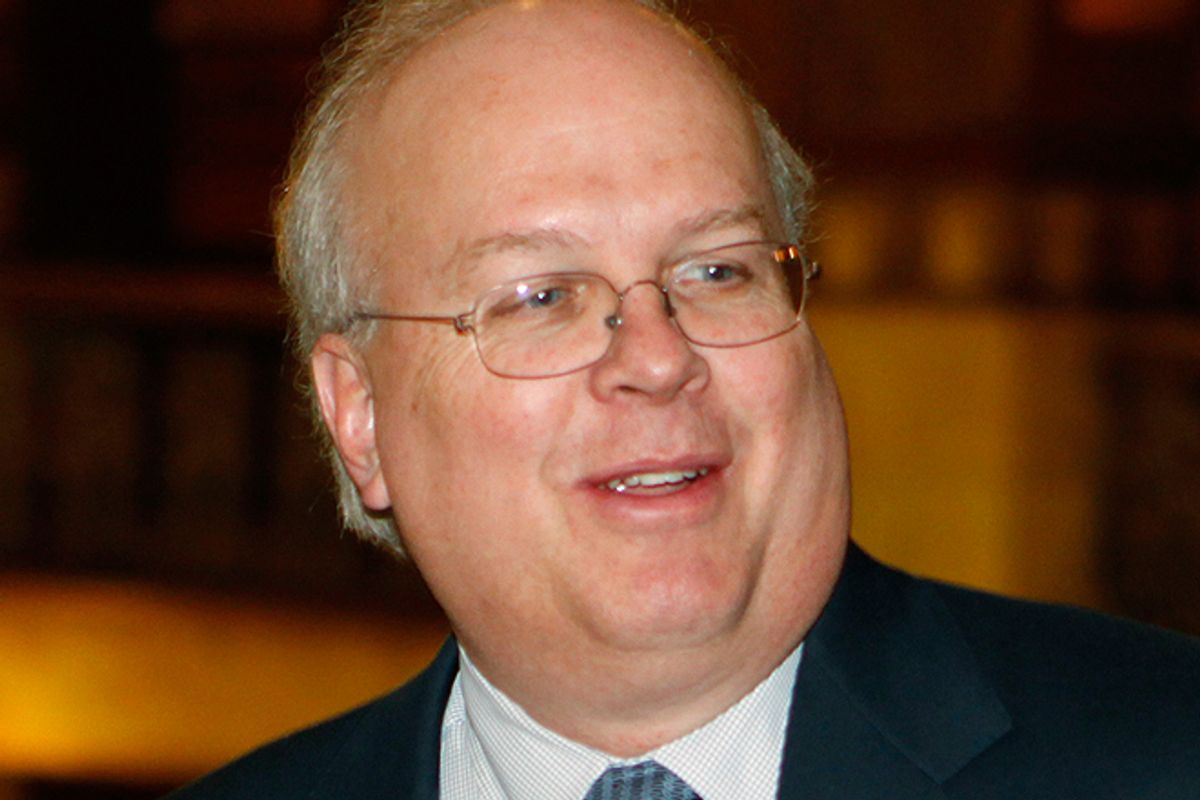 For the third straight month, Mitt Romney and the RNC have outraised President Obama and the DNC. This time the margin is more than $25 million -- $101.3 million to $75 million. Last month it was about $35 million, and in May it was $16 million. It’s starting to look like this trend will last through the fall, and that the incumbent president will end up with less money to spend than his challenger – especially when you factor in the considerable advantage Republicans enjoy with super PAC money.

If this sounds like an election-altering development, just consider that a total of $50 million was spent last week alone by the campaigns and by outside groups, virtually all of it in a small number of swing states. As NBC’s First Read puts it:

"We often struggle to find the words to describe UNBELIEVABLE amounts of money being spent on this presidential race. But close to $50 million in a week is absolutely stunning. It's also unchartered territory. Are there diminishing returns on this advertising? Do ads become less effective? How do you break through the clutter? We just don't know. But here's one thing we do know: At some point, no matter how much more water you put on a towel, it becomes harder to make it wetter. That's why they call it saturation."

It’s true, we don’t know for sure how all of this spending will affect the presidential race, but the most likely answer is that it basically won’t – that each side will have more than enough to saturate the airwaves and that the difference between the average swing voter seeing 682 pro-Romney spots and only 606 pro-Obama spots won’t translate into anything meaningful at the ballot box. Maybe a particularly crafty or devastating ad will have extra-resonance, but that’s a different matter than the basic volume of advertising. At the presidential level, the role of money may be an over-reported story.

This isn’t the case down the ballot, though, as two stories today remind us. The first comes from Missouri, with the New York Times reporting on a flood of Republican-aligned super PAC money that is being channeled against Democratic Sen. Claire McCaskill. The GOP primary to pick her opponent will be held tomorrow, with three Republicans vying for the honor. As they’ve gone after each other, though, the Times points out that pro-GOP super PACs have hit McCaskill with about $15 million of negative ads. Not surprisingly, McCaskill is probably the most endangered Democratic Senate incumbent right now, trailing all three Republicans in polls in a state that is friendly to the GOP but hardly unwinnable for a Democrat (at least under normal circumstances).

Then there’s Ohio, where Democratic Sen. Sherrod Brown is better-positioned than McCaskill to survive. But as Newsweek’s Andrew Romano reports, GOP-aligned outside groups like the Chamber of Commerce and Karl Rove’s Crossroads GPS have invested $11.5 million in attack ads against Brown. As a result, Romano writes, “Brown’s average polling lead over his Republican opponent, State Treasurer Josh Mandel, has been cut in half.”

It’s races like these that have the potential to be the real campaign money stories of the year. Voters know far less about the average Senate candidate than they do about Obama and Romney, and they follow Senate races with much less interest than presidential contests. The same is even more true when you get farther down the ballot to contests for the U.S. House and state and local offices. This is where the Republican super PAC advantage could really be felt in November, with massive spending disparities lifting GOP candidates in races they might otherwise lose, potentially flipping the Senate and making it impossible for Democrats to win back control of the House.

This is why I’ve been saying that Democratic fears about Obama’s financial footing are misplaced. He can survive in November even if he’s outspent by a significant margin. But the same isn’t necessarily true for Democrats running under him on the ballot. At this point, they probably need the help more than he does.