Republicans are scared of gay marriage

Well, some of them are -- or at least they're scared that opposing it will cost them votes 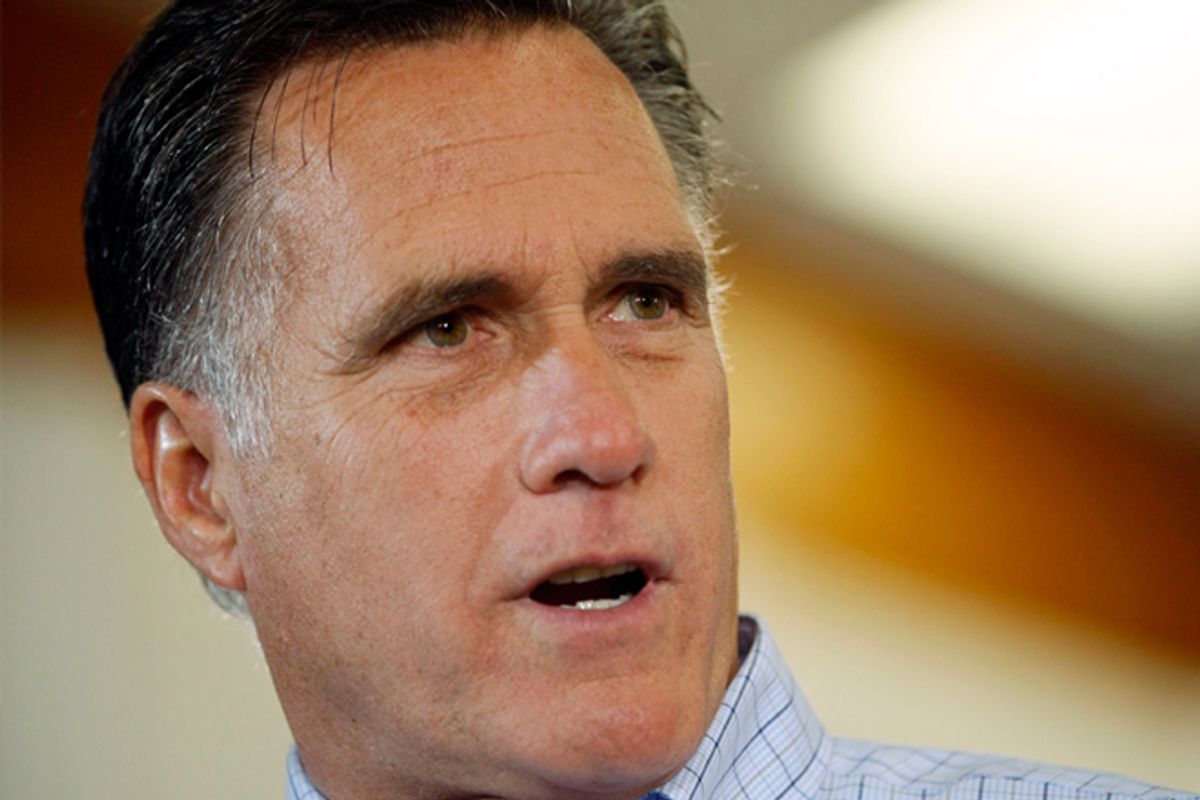 Writing at Politico, Maggie Haberman and Emily Schultheis pick up on the relative silence of Mitt Romney and much of the Republican Party’s national leadership over Democrats’ embrace of gay marriage. This doesn’t mean, they are quick to point out, that the language of the GOP’s platform will be any different than usual – just that Romney has little interest in playing up his gay marriage opposition on the campaign trail.

On one level, this reflects a basic political calculation. Support for marriage equality is nearing majority status nationally, and it’s already there among Democrats (65 percent) and independents (51 percent), according to a recent Pew poll. But it lags far, far behind among Republican voters, only 24 percent of whom favor it.

As Haberman and Schultheis note, this is a far cry from 2004 when gay marriage was a new issue and opposition (especially among independents) was much higher. Back then, there was little downside to George W. Bush’s decision to use the issue as a wedge. But the world is different now. This fall, the unblemished streak of states voting against marriage equality in referendums will almost certainly come to an end. Running on “traditional marriage” would still help Romney motivate a good chunk of the GOP base, but it would also carry a real risk of alienating swing voters. So Romney is saying as little as he can.

There’s also something of an elite/grass roots divide within the GOP at work here. Some Republicans, like those running Romney’s campaign, grasp the danger their party faces as the public’s attitudes toward gay marriage continue to evolve. Others, especially in the donor class, actually support marriage equality themselves. (This is essentially the reason several Republican senators in New York were persuaded to help legalize gay marriage last year.)

The problem is that these forces will be badly outnumbered within the GOP for the foreseeable future. Currently, 70 percent of Republican voters oppose gay marriage. For many of them, this grows out of their religious faith; nearly half of Republicans today identify themselves as evangelical Christians. Within the evangelical world, there seems to be a generational divide, with the younger set far more supportive of marriage equality, but at the very least it will take years before there’s anything approaching broad support for gay marriage within the GOP.

In the meantime, the question is how much pragmatism the party’s anti-gay marriage forces are willing to tolerate. That is, will they be satisfied with the approach Romney is apparently taking this year – to pay lip service to their cause in the primaries, etch their views into the platform, then ignore it all in the fall? Especially if Romney loses, it’s not hard to imagine them making more forceful and specific demands the next time around. And given their power within the party, any future GOP candidate will have to take those demands seriously.