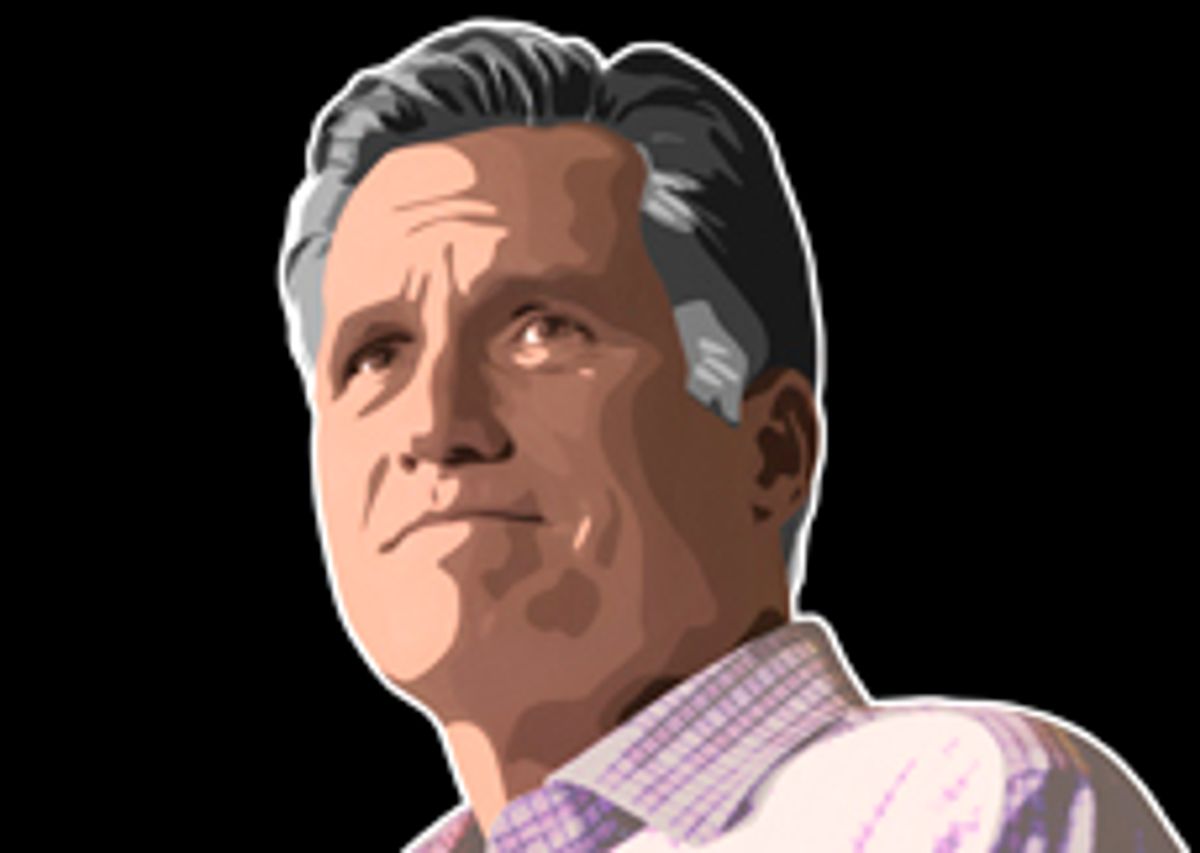 Persona non grata: Mitt Romney may have been smart to skip Italy  on his European tour, thanks to a controversial deal he oversaw at Bain Capital. Bain bought an Italian telecom business and then sold it for 25 times what it paid shortly afterward, but funneled the money through Luxembourg in order to flout taxes, Bloomberg News reports. Now, the company is worth less than what Bain sold it for. “In Italy, the deals have spurred at least three books, separate legal and regulatory probes and newspaper columns alleging investors made a fortune at the expense of Italian taxpayers ... While few ordinary Italians realize the link between Romney and the investor group, the deal symbolizes Italy’s economic woes and government futility as the nation struggles to convince investors that it can repay Europe’s second-largest debt without a bailout,” Bloomberg reports.

$100 million man: For the second straight month, Mitt Romney’s campaign and the RNC raised over $100 million in 30 days. The Republicans brought in $101.3 million in July, just shy of the $106 million they brought in in June. The Obama campaign has not yet released its July fundraising numbers, but Romney has outraised the incumbent for the past several months and likely did so again in July.

Meanwhile, the Obama campaign has “spent more campaign cash more quickly than any incumbent in recent history,” depleting the president’s war chest and potentially imperiling the bid down the road, the New York Times reports. In addition to ads, the campaign has  invested heavily and early in personnel, field offices and a high-tech campaign infrastructure. But this has caused the campaign to spend more than it has brought in over the past few months. And despite Obama's ad-spending advantage over the Romney campaign proper, he's still being outspent by Romney allies thanks to super PACs. The result is that Obama and top aides and surrogates will have to spend more time fundraising and less time reaching out to actual votes.

Grand Ol' Silence on gay issues: In the wake of President Obama’s coming out in favor of marriage equality, Republicans have fundamentally shifted their stance on the issue, from making it a political football in 2004 to almost completely ignoring it this year. Polling and public consciousness have shifted so much that Republicans outside the social conservative base seem loath to engage on the issue. When Democrats announced that marriage equality will be a plank in their platform, the news was met by silence from the right, Politico notes.

More legal trouble for Adelson: Sheldon Adelson is the biggest single donor to Republican candidates and causes this year, and he may need all the favors one could buy. The Wall Street Journal reports that federal authorities are investigating whether his Las Vegas Sands Corp. and several of its executives “violated money-laundering laws by failing to alert authorities to millions of dollars transferred to its casinos by two Las Vegas high rollers.” The focus of the case is a Mexican businessman who was later accused of drug trafficking and a former California executive subsequently convicted of taking illegal kickbacks, which authorities think may have been laundered through accounts at Adelson’s casinos. Adelson’s company has also faced investigations about potential violations of the Foreign Corrupt Practices Act, the anti-bribery law.

Syrian defections: In one of the regime’s biggest defeats yet, Syria’s prime minister and two other top ministers have defected. "I announce today my defection from the killing and terrorist regime and I announce that I have joined the ranks of the freedom and dignity revolution," Prime Minister Riyad Hijab, who is now in Jordon, said in a statement. Rebels said two further ministers and three army generals had defected as well.