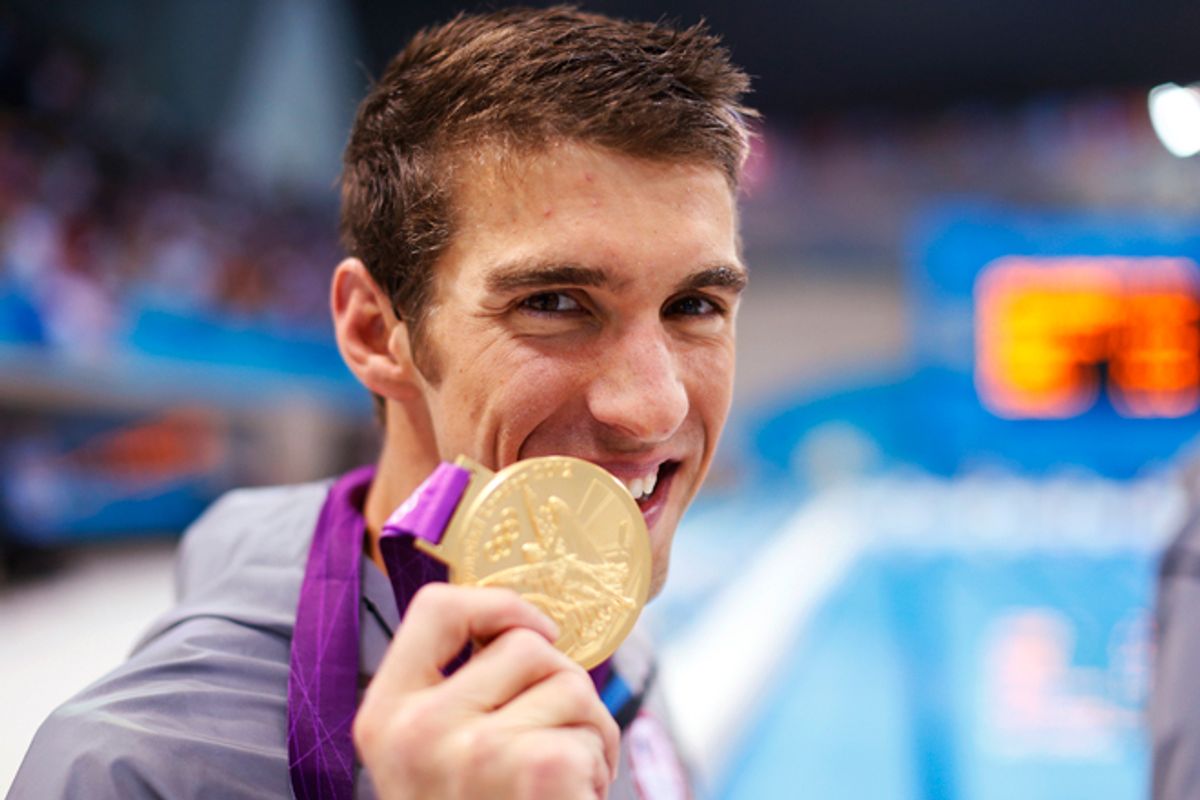 You know who doesn’t need a tax break? Michael Phelps, who is reportedly worth $40 million and stands to make tens of millions more after winning 18 gold medals in London. And you know who shouldn’t be calling for Phelps to get a tax cut while at the same time attacking his political opponent for wanting to give tax breaks to the wealthy? Barack Obama. But that’s exactly what the president did yesterday when he endorsed Florida Republican Sen. Marco Rubio’s ill-conceived bill to give Olympians a tax break.

The legislation, while perhaps well meaning, is not well thought out. To begin with, it's based on a report from Grover Norquist’s Americans for Tax Reform, which, as we noted last week, is misleading and partially false (it gets tax brackets wrong and assumes Olympians are taxed for the value of their medals; they are not). But the real problem with Rubio’s bill is that it amounts to a massive tax break for the wealthiest athletes, disproportionately helping those with big endorsement deals, while doing little for everyone else.

The bill is intended to exempt the cash bonuses awarded by the U.S. Olympics Committee to American athletes who medal (Phelps stands to make $130,000 in these bonuses alone). But the legislation is written so broadly that it would include money from endorsement deals that are tied to medaling. As K. Sean Packard, an accountant who specializes in athletes (his Twitter handle @AthleteTax), wrote for TaxTV.com:

Senator Rubio’s bill, if passed, would fully exempt “any prize or award won by the taxpayer in athletic competition in the Olympic Games.” Any agent worth his/her salt would ensure that most, if not all, endorsement contracts for an Olympian include hefty bonuses for medals. For Phelps, this would include bonuses from Subway, Hilton, Omega, Speedo, Visa, Proctor and Gamble and Under Armour, and at least three others. [American swimmer Ryan] Lochte would receive bonuses from Sprint, Gatorage, Gillette, Nissan, Speedo, AT&T, Proctor and Gamble, Mutual of Omaha and Ralph Lauren. The bill, as currently written, would exclude all of these bonuses from taxation. Assuming each of Phelps’ and Lochte’s endorsers match the USOC’s medal bonuses of $25,000, Phelps could receive $300,000 tax-free from the USOC and his eleven endorsers for each gold he wins (two as of this publication) and Lochte could receive $250,000 for each of his two golds. Lochte and Phelps also have two silvers each and Lochte a bronze and each will receive bonuses from the USOC and likely from endorsers for those.

Meanwhile, for every Phelps, there are perhaps dozens of unknown Olympic athletes with no endorsement deals who scrape by on part-time jobs so they can devote themselves full-time to training. Rubio’s bill would do nothing or very little to help them. Even if they medal, and thus win the USOC’s cash prize, their lower tax bracket means they probably wouldn’t enjoy much of a tax break anyway.

Moreover, there’s an uncomfortable question that needs to be asked here: Why are Olympians any more deserving of tax-free winnings than Nobel laureates or winners of non-Olympics athletic competitions? Prize money from these is taxed as income and no one is clamoring to change that. And perhaps this is the way it should be, as competing is an Olympian's “job," and medal prizes are like performance bonuses -- they should chip into like anyone else.