The rumor that makes no sense

It's a tribute to how secretive Mitt Romney’s V.P. process has been that we’re even talking about Chris Christie 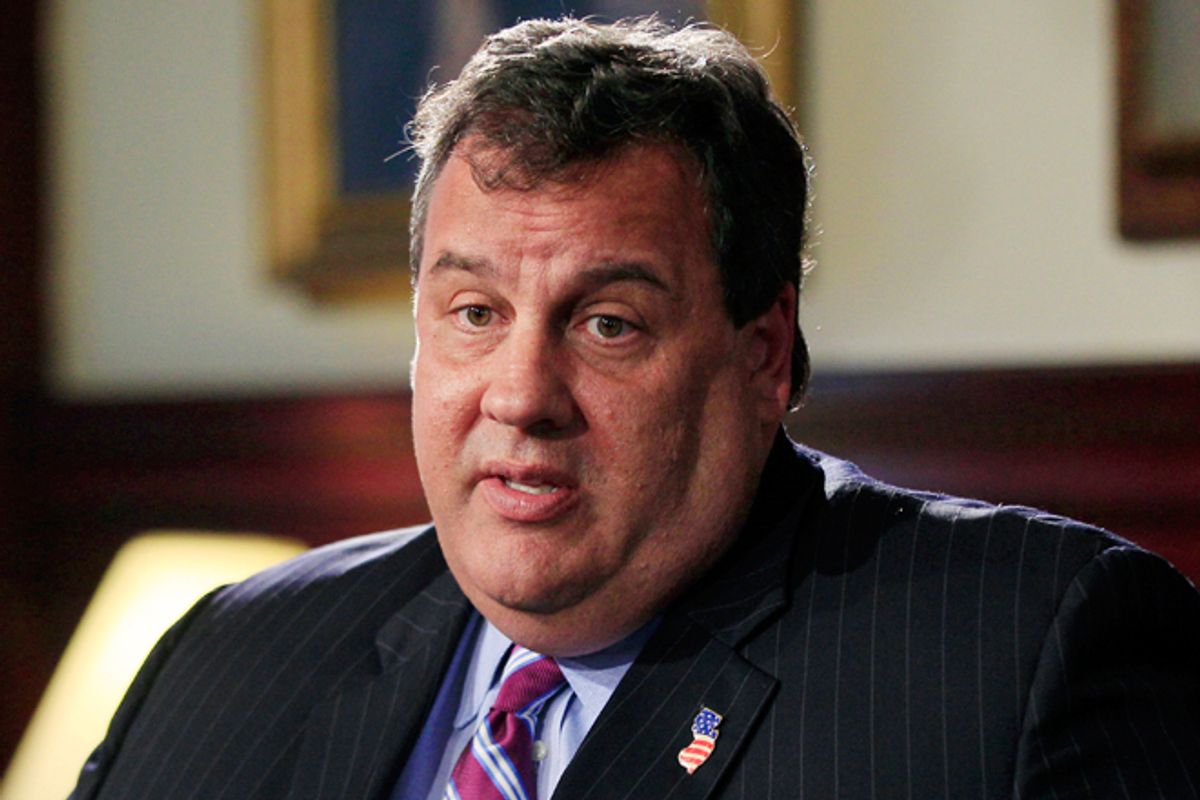 There’s been a sudden burst of speculation that Mitt Romney might end up choosing Chris Christie as his running mate after all.

This would seem to be the product of three factors: 1) Christie’s name hasn’t been included on the two lists of featured Republican convention speakers that have so far been released; 2) a thoroughly opaque assertion from the Weekly Standard’s Bill Kristol and Stephen Hayes that “we now have reason to think” Christie is in the V.P. mix; and 3) a selection process that the Romney campaign has kept so secret that Politico’s Mike Allen describes it as “a black box – we know less than ever about the real state of play. We would not be surprised to be surprised.”

That last factor basically explains the first two. Romney has insisted that only he and the top aide who is leading his running-mate search, Beth Myers, know anything about who’s under consideration, and this actually seems to be the case. This is not like, say, 1984 when Walter Mondale called prospective No. 2’s to Minneapolis for highly public interviews. The political world is working off of an obvious list of running-mate options for Romney, but besides a few meaningless scoops about particular prospects being vetted, we really all are in the dark about what’s going on. Which means that anyone claiming or hinting to have inside information, like Kristol and Hayes, will get an awful lot of attention.

But while it’s possible that Christie chatter will end up leading to something real, there are good reasons to dismiss it. National Review’s Robert Costa, who spoke with members of Christie’s camp today, provides most of them here: Christie’s own team doesn’t think he’ll be picked, he doesn’t have a particularly strong relationship with Romney, and he’s aware that he “doesn’t fit Boston’s VP mold. He’s too frank, too much an executive-type leader, and too extemporaneous.”

That last item would seem to be key. Christie showed how dangerously he can veer off message back in January, when he used a national television interview to say Romney should release his tax returns. At the time, Romney was trying to stonewall his way through the GOP primary process without putting anything out. Christie’s public pressure helped to force his hand, with Romney relenting a week later and releasing returns for 2010 and an estimate for 2011.

A similar drama, of course, is now playing out, with Romney resisting calls to show records that go further back. The issue seems likely to dog him through November. Does he really want to put someone on the ticket who’s already on record calling for tax returns transparency – and who’s clearly undisciplined enough to go off-message on the subject all over again? Or to go off-message on any number of other sensitive subjects?

For that matter, Christie – more than your average V.P. prospect – has also made his own interest in the next open presidential race clear, to the point that he’s even talked about 2016 as if a Romney loss this year is imminent.

Sure, maybe Romney will pick him anyway. Really, no one knows anything right now, and all of the talk is speculative. But that seems particularly true when it comes to Christie chatter.