How much longer will we tolerate politicians who stoke bigotry like that which drove Wade Michael Page to kill? 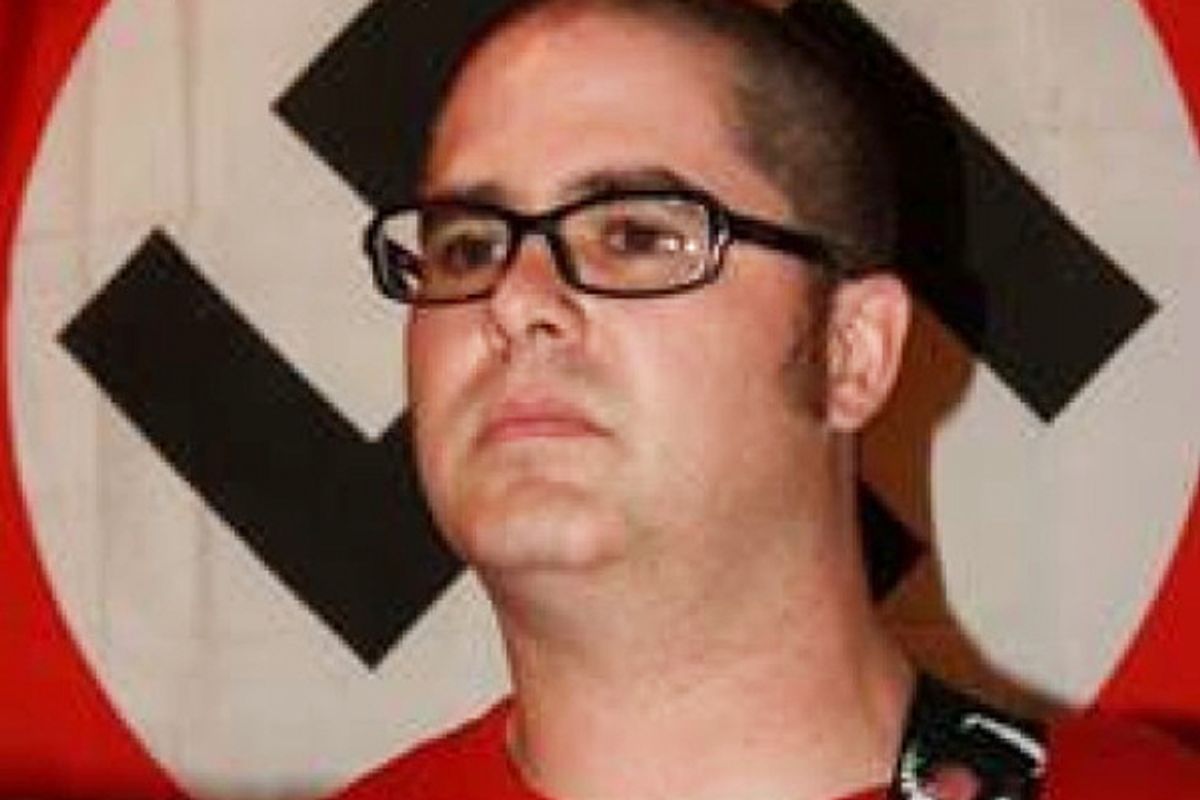 Here are some of the things we know about Wade Michael Page: He led a “racist white power trio” called End Apathy; he had a tattoo commemorating 9/11; he shaved his head; and, on Sunday, he killed six individuals and wounded a police officer at a Sikh temple in Wisconsin.

We have yet to determine if Page mistook Sikhs for Muslims, but such questions are irrelevant. In today's Islamophobic atmosphere, there has been increased marginalization of all AMEMSA (Arab, Middle Eastern, Muslim, South Asian) communities. In particular, Sikh Americans have faced the brunt of post-9/11 hate crimes and backlash, with Sikh men often being mistaken for Muslims. The first post-9/11 hate crime murder was of Balbir Singh Sodhi, a Sikh gas station owner in Arizona, whom the murderer chose because he was “dark-skinned, bearded and wore a turban.”

This extremist violence and fear-mongering does not exist in a vacuum. The Southern Poverty Law Center recently reported the highest number of hate groups ever recorded in U.S. history, with nearly 1,018 active groups. Furthermore, anti-Muslim hate groups have increased 300 percent in the last year, and the FBI reported a 50 percent increase in anti-Muslim hate crimes. The reasons for the record rise in hate groups are due to the faltering economy, changing racial dynamics in America leading to a minority-majority country, and the election of Barack Hussein Obama.

However, the reality according to the latest studies is that American Muslims help law enforcement and are more likely to reject violence than any other U.S. religious community, and nearly all American Muslims have no sympathy or loyalty for al-Qaida.

Yet facts and evidence do not detract a paranoid fringe from indicting American Muslims or anyone who looks “Muslim-y,” including Arab American Christians, Iranian Jews and Sikh Americans.

On Aug. 6, a second fire in less than five weeks burned down a mosque in Joplin, Mo., most likely a result of a hate crime. Furthermore, a committed anti-Muslim contingency in Murfreesboro, Tenn., continues to impede the progress of a mosque construction belonging to an American Muslim community that has peacefully lived there for over three decades.

The cynical and deliberate baiting of ignorance, racism and Islamophobia by political players was exposed in an investigative report I worked on last year, “Fear Inc, The Roots of the Islamophobia Network in America,” produced by the Center for American Progress. My co-authors and I identified a lucrative cottage industry composed of an interconnected, incestuous network of right-wing pseudo-scholars, policy experts, politicians and media pundits who have received nearly $43 million from seven funders to create and disseminate fear and misinformation against Muslims.

As an example, the exploitation of Shariah, or Islamic religious law, as being a fictional “threat to America” was used by nearly every major mainstream Republican candidate running for president, including Newt Gingrich, Herman Cain, Rick Santorum, Tim Pawlenty and the modern-day Islamophobic Nancy Drew, Michele Bachmann.

Instead of using their position of influence to build bridges of understanding, Bachmann and four GOP colleagues recently decided to stoke the flames of fear-mongering by engaging in a witch hunt against fellow Americans. Facts are not Bachmann’s strong suit. Instead, she continues the odious tradition of McCarthyism and relies on paranoia, hunches and the prevailing anti-Muslim sentiment in the country to justify smearing respected American Muslim individuals as being connected to radical Muslim organizations. Bachmann’s Islamophobia was appreciated by her Tea Party base who rewarded her “dangerous” and “downright vicious” conspiracy theories with July donations totaling $1 million. (For perspective, Bachmann previously raised $1 million over a period of three months, April through June.)

To liberally misquote Mel Brooks’ “The History of the World”: “It pays to be an Islamophobe.”

On the other hand, a target of her witch hunt, longtime Secretary of State Hillary Clinton aide Huma Abedin, a recent mother, no less, was forced to hire a security detail after receiving death threats.

In his perpetual, pathetic quest to remain relevant, Newt Gingrich continued to pander to the radical right of the Republican Party and slither toward ignominy by offering support for Bachmann’s McCarthy-esque endeavor. To court his fringe base, Newt has likened Muslims to Nazis and vowed during his failed presidential campaign to initiate loyalty oaths for American Muslims.

He heroically labeled Bachmann and her four accomplices as the “National Security Five,” which sounds like a radical rendition of Scooby Doo’s Mystery Inc.

Unlike the cartoon, however, these elected officials are not uncovering villains; rather, they are preying on innocent citizens scapegoated for their religious affiliation and ethnicity.

This is particularly shameful for Gingrich considering he helped set aside prayer space on Capitol Hill for Muslim congressional staffers in the late 1990s. Furthermore, he belongs to the American Conservative Union, which hosts the annual Conservative Political Action Conference – featuring an all-star roster of conservatives. Key Islamophobe Frank Gaffney, a “longtime friend” and consultant to Bachmann who feeds her anti-Muslim, conspiratorial evidence, asserts CPAC has been infiltrated by radical Islam.

This revelation should inspire Rep. Peter King, R-N.Y., who serves as the chairman of the House Homeland Security Committee, to host yet another congressional hearing, this time, however, exposing the infiltration of the Republican Party by Mr. Gingrich, obviously the Muslim Brotherhood’s Manchurian Candidate.

King relies on key members of the Islamophobia network for his inaccurate information on American Muslim communities, including the discredited claim that over 85 percent of American mosques and their religious leaders are radicalized. In the past, King has also claimed there are “too many mosques” in America. King also falsely claimed that 90 percent of terrorist crimes are carried out by Muslims. In the U.S., 56 percent of terrorist attacks and plots have been perpetrated by right-wing extremists, 30 percent by eco-terrorists and 12 percent by Islamic extremists.

Yet, King is still allowed to chair congressional hearings on American Muslims. That’s like asking Dan Cathy, the homophobic president of Chick-fil-A, to host a hearing on LGBT issues, or asking Mel Gibson to chair a hearing on Jewish American communities.

In a perfect world, we would readily dismiss these cynical politicians as amusing cartoon characters who say nutty things, cueing a laugh track that prompts us to mock them. Sadly, they are elected officials and political players with a sizable constituency deliberately misinforming their base, keeping them ignorant and afraid, and inciting paranoia and radical sentiment for the sake of short-term political gain and publicity.

Unfortunately, a tremendous negative externality emerges from such ill-gained profit. As we have seen time and time again, extremist rhetoric inspires extremist violence.

Anders Breivik, the anti-Muslim, Norwegian murderer who killed 77 people last year, left behind a 1,500-page manifesto frequently citing the writings and ideology of the American Islamophobia network. Upon reviewing the manifesto, counter-terrorism expert Marc Sagemen said the Islamophobes’ “writings are the infrastructure from which Breivik emerged.”

The senseless murder of six Sikh Americans was the tragic cost of hate-mongers' perverse ideology rationalizing violence against innocent civilians.

Perhaps it is time we turn the tables and expose the enablers and disseminators of divisive, fear-mongering rhetoric that has no place in today’s fragile and racially sensitive environment. Let Bachmann and company enjoy their short-term profit in the dustbins of history, seated next to ideological allies like Joseph McCarthy, as the rest of us move forward as communities united against hate.