Does the Romney campaign know what it’s getting into by using video of Bill Clinton in its latest attack on Obama? 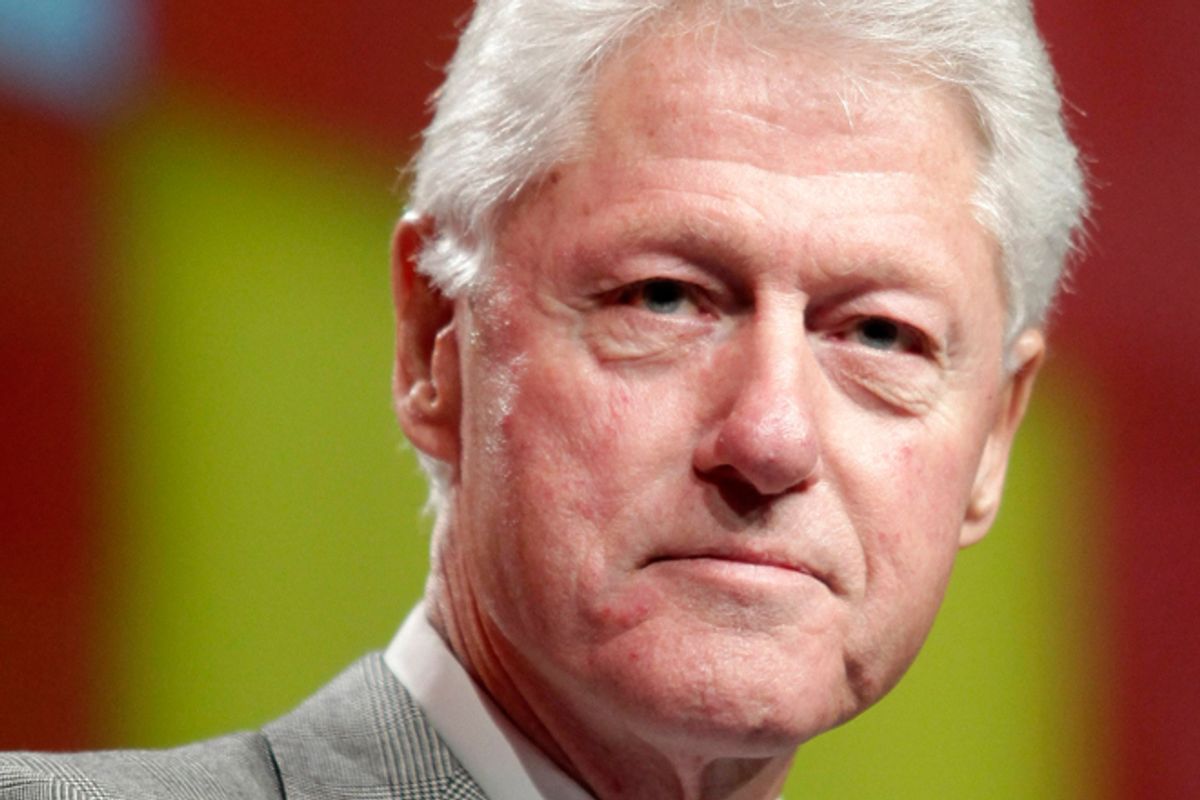 Mitt Romney fired up an Iowa crowd this morning with a meaningless promise involving an utterly fabricated issue.

After telling the assembled that President Obama “removed the requirement of work from welfare,” the presumptive Republican nominee declared that “it is wrong to make any change that would make America more of a nation of government dependency. We must restore, and I will restore, work for welfare!”

This, of course, is the Romney campaign’s new line of attack this week, even though there is literally nothing to it. The Obama administration hasn’t done anything to void the work requirement envisioned by the 1996 welfare reform law, but has said that it is willing to approve waivers for states that want to change the rules in a way that’s “intended to lead to more effective means of meeting the work goals.”

That Romney is sticking to his claim even as neutral observers cry foul isn’t that surprising. But he may face some extra, unanticipated blowback on this one. The reason has to do with Bill Clinton.

The 42nd president has played a very specific and useful role in Obama-era GOP messaging. He’s broadly popular and many Americans think back on his White House years as a better time. Instead of challenging these memories, Republicans have chosen to embrace them, and to claim Clinton succeeded because he was a fundamentally different – more conservative, more cooperative – type of Democrat than Obama is. This advances their goal of painting Obama as a dangerous radical – he’s not even in step with his own party’s recent traditions! This requires some convenient forgetfulness, since Republicans in the 1990s attacked Clinton viciously, voted unanimously against his budget-balancing plan, and impeached him, but never mind that.

Clinton is central to Romney’s welfare attack. The Romney campaign’s new ad begins with a shot of Clinton signing welfare reform in 1996, crediting him and a GOP-controlled Congress with “ending welfare as we know it.” Then it cuts to Obama and his supposed decision to “gut” the work requirement. The problem for Romney is that Clinton is having none of it, releasing a statement last night that brands the ad “not true” and offers a vigorous defense of the Obama administration’s actions. NBC’s First Read suggests Clinton may get the last laugh on this one:

What’s more, Clinton will be delivering a big primetime speech at the Democratic convention. So when the Romney campaign airs this kind of TV ad -- elevating Clinton as a fair observer in this presidential contest -- persuadable voters might be paying attention to what Clinton has to say at the Dem convention. And what happens if Bubba unloads on Romney? Just something to consider…

For the GOP, this is the downside of spending four years talking up the Clinton-era and boosting the former president’s image and reputation. In a recent Gallup poll, Clinton recorded his best favorable score – 66 percent – since his 1993 inauguration. It would appear that the Romney campaign has made a very popular former president with a very big platform very angry.