The country uses the threat of war to push the U.S. and EU into passing economic sanctions on Iran 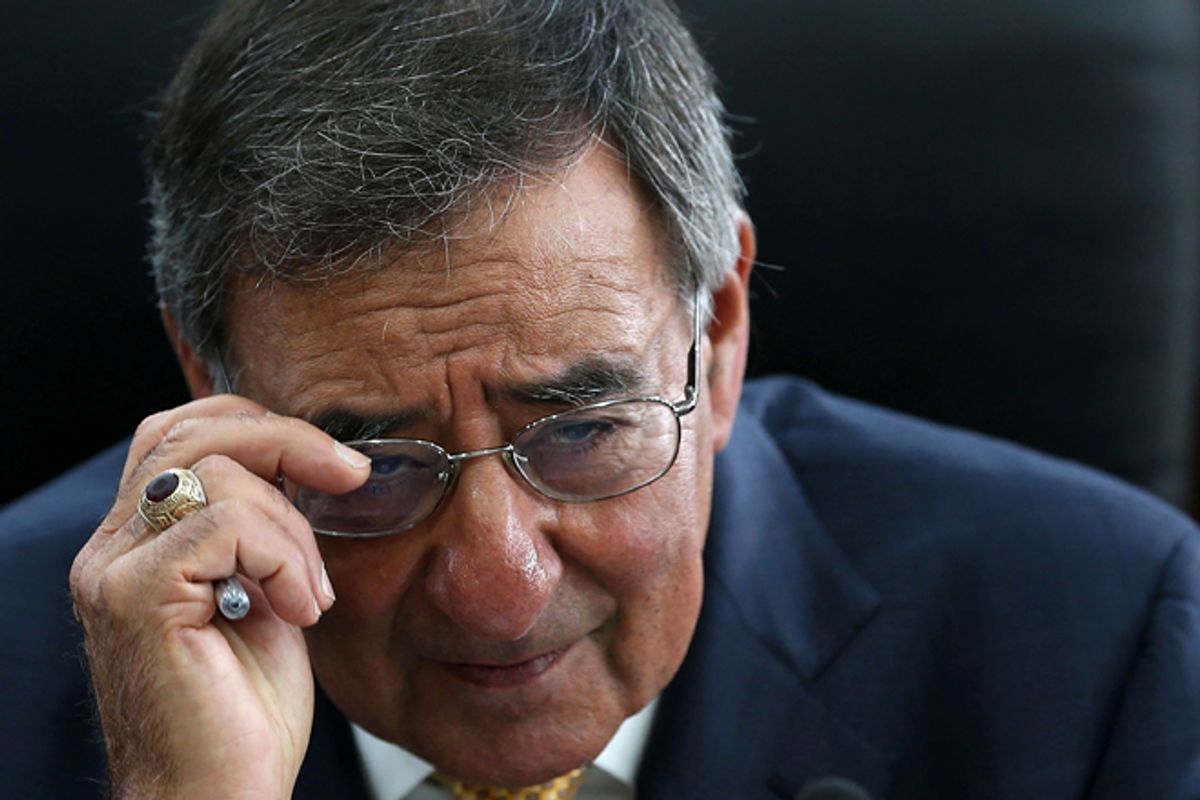 Like clockwork, another flurry of high-level senior U.S. officials visiting Israel took place this past week. As has become tradition, Iran topped the agenda. And once again, Israeli officials threatened to take unilateral military action unless the U.S. upped the ante on Iran.

While the photo ops divulged no significant tension, the exchanges behind the scenes revealed a different reality. Secretary of Defense Leon Panetta expressed the frustration of the Obama administration with the Netanyahu government, accusing Israel of being “ungrateful” for America’s “unceasing support for Israel.”

Panetta’s frustration is rooted in the American view that Israel has succeeded in convincing Washington to adopt an unprecedented level of sanctions on Iran – the toughest sanctions the U.S. "has ever imposed on any country during peacetime," according to the American Israel Public Affairs Committee – by threatening unilateral military action if it didn’t. Yet, in spite of moving the U.S. and the EU deep into a sanctions-centric policy on Iran (Israeli officials credit themselves for this development), Israel has not relented on its threats to take military action and is even dismissive of the very sanctions they pushed the U.S. to implement.

Panetta’s frustration with the Netanyahu government is not surprising.  He knows what kind of strategic and political problems a unilateral Israeli strike would produce for the Obama administration, not to mention for the region as a whole. The Obama administration feels that it has done everything Israel asked for on Iran and then some in terms of sanctions, yet Israel does not acknowledge this, express public gratitude, or back away from its military threats.

But isn’t there an even deeper problem here? Isn’t there something fundamentally problematic with this picture?

Here’s what we have: In order to prevent a country from taking illegal military action against another country, instead of pressuring that country to refrain from taking such action, the U.S. and the EU instead agree to adopt a seemingly unending series of blind, indiscriminate sanctions on the country that was threatened to be bombed.

I refer to the prospective Israeli military strikes against Iran’s nuclear facilities as illegal since, according to international law, even preventive military action is illegal (though this assumes, with hubristic certainty, that Iran would attack Israel once it obtains nuclear weapons). International law does permit anticipatory military action in self-defense, however. That is, if evidence exists of an imminent danger of attack from another country, anticipatory self-defense is permissible. The Caroline affair of 1837, a dispute between the United States and Britain over the crossing into U.S. territory by British troops fighting Canadian rebels, established that any state aiming to prove that it had acted in self-defense would need to point to an instant, overwhelming necessity of self-defense that left no choice of means and no moment for deliberation. Moreover, the act of self-defense would need to be in proportion to the force used against it.

In spite of Iran’s venomous rhetoric against Israel and its refusal to recognize the Jewish state, an Israeli military strike against Iran under the current circumstances does not even come close to meeting this standard of anticipatory self-defense since even Israeli intelligence agrees that Iran does not have a nuclear bomb or an active nuclear weapons program. The consensus between U.S., Israeli and European intelligence services is that Iran is edging toward the capability of building a weapon but has not made a decision whether to build a weapon or remain at the capability stage.

Iran is, however, in violation of several U.N. Security Council resolutions and questions remain about its past, undeclared activities, according to the International Atomic Energy Agency. The U.N. Security Council has passed these resolutions under Chapter VII of the U.N. Charter; it declared Iran’s activities a threat to international peace and stability. That threat, however, does not render Israeli military action justified under international law.

To accentuate the absurdity of the situation, imagine a reversal of their roles. After all, Israel too is in violation of UNSC resolutions. UNSCR 242 was adopted on Nov. 22, 1967, in the aftermath of the Six-Day War. Emphasizing the "inadmissibility of the acquisition of territory by war,” the resolution demanded that Israel withdraw “from territories occupied in the recent conflict.” UNSCR 338, adopted on Oct. 22, 1973, called for a cease-fire in the Yom Kippur War and the immediate implementation of Resolution 242. Forty-five years later, Israel is yet to abide by Resolution 242.

Imagine Iran pointing to Israel’s violations of UNSCR 242 and 338 and demanding that the Great Powers impose crippling sanctions on the Jewish state in order to enforce the resolutions, or else Iran would take unilateral military action. Imagine Iran pointing out that Israel’s refusal to abide by the resolutions has in reality destroyed the viability of a Palestinian state, which in turn has brought the region several decades of war and conflict.

Imagine if Iran were to threaten (illegal) unilateral military action should the Great Powers refuse to enforce Resolutions 242 and 338. Imagine if there were a daily debate in the Iranian media about when and how to initiate a preventive attack on Israel (rather than the current warnings of retaliation if attacked). These threats would be illegal since Iran would not be able to point to any imminent threat from Israel.

Would the great powers sanction Israel’s access to the financial world in order to appease Iran and prevent it from taking illegal military action? Would the Security Council impose unprecedented sanctions on Israel since the only viable options would be war or sanctions, as the current stalemate with Iran is presented?

Of course not. That would be absurd. It would be preposterous. Rather than sanctioning Israel, the great powers would (correctly) punish Iran for its threats to take illegal military action. Iran could not blackmail the Security Council into adopting sanctions in order to prevent itself from taking illegal action.

Yet, that is exactly what is happening now with Israel’s decade-long campaign to threaten military action in order to push the U.S. and the EU into economic warfare with Iran. This is not to say that Iran’s nuclear challenge doesn’t need to be dealt with or that Iran is without guilt in the current standoff. On the contrary, Iran bears great guilt for the current deadlock. But if threatening illegal military action to pressure the Security Council into action becomes common, acceptable practice, the world will become much more unstable and much more unjust.

And Panetta will be frustrated with far more actors than just the Netanyahu government.