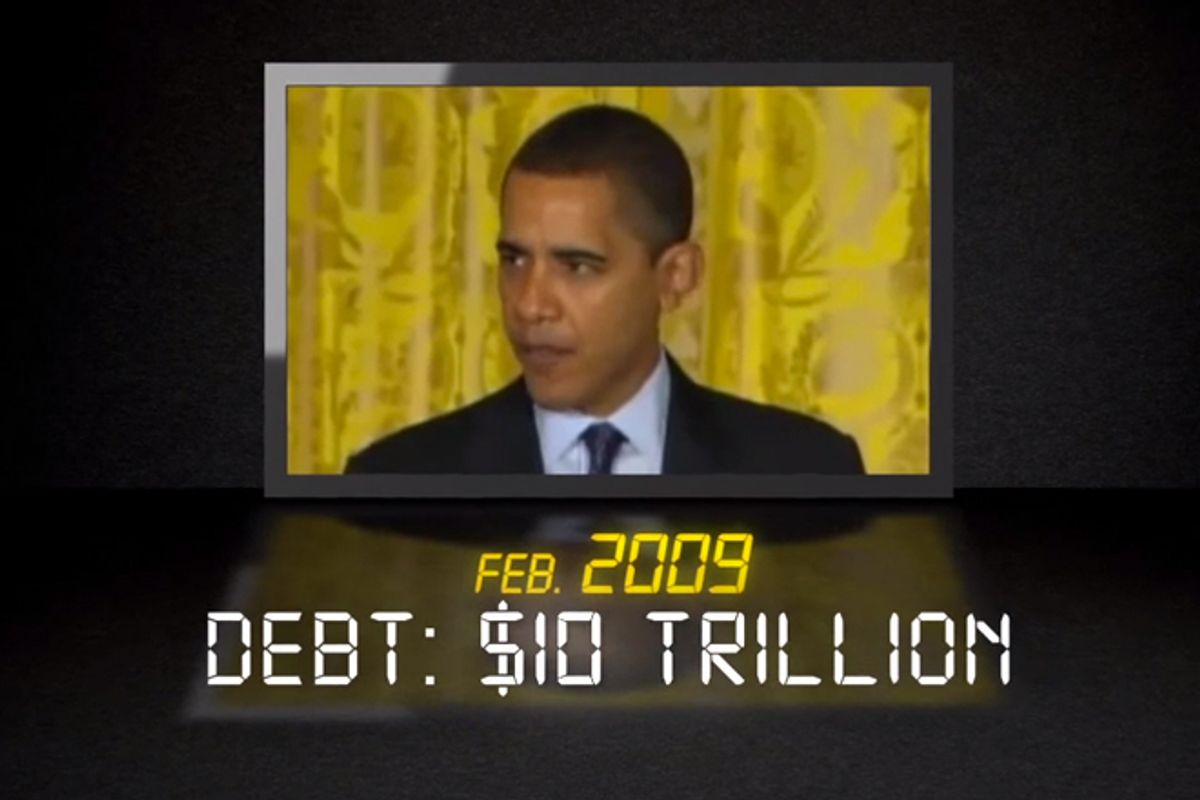 Americans for Prosperity, the libertarian grass-roots organizing shop founded and chaired by David Koch, is buying $25 million worth of ads targeting President Obama, it announced yesterday. The campaign is, of course, “the latest example of how independent political groups funded by a small number of wealthy donors are shaping the presidential campaign in key swing states,” as the New York Times notes, but it’s interesting for two other more important reasons as well.

First, despite organizing massive Tea Party rallies pushing policy goals closely in line with those of the GOP, AFP has always tried to maintain a veneer of nonpartisanship. Unlike other outside groups, the group has never run ads that expressly call for the election or defeat of any candidate, but rather only “issue ads” that attack or support candidates for adopting policies AFP supports. But no longer. In the new campaign, $6.7 million will go to expressly advocate the defeat of President Obama. On a conference call with reporters yesterday, AFP president Tim Phillips said, “We’ve always stayed away from express advocacy. But given the president’s disastrous record, we felt this was necessary.”

Secondly, the AFP express advocacy campaign is one of the first major examples of the unintended consequences of a new Federal Election Commission rule that aimed to make the campaign finance landscape more transparent, but may end up making it more sharply negative. The FEC rule was intended to shine a light on dark money, most of which is spent by 501(c)4 “social welfare organizations” like AFP. After a federal court ruled in a suit brought by Rep. Chris Van Hollen that the FEC had to do more to make this kind of spending transparent, the election agency ruled that anyone running “electioneering communications” within a certain window of the election had to disclose their donors. These kinds of ads do not expressly advocate the election or defeat of candidates, but come very close to it.

But instead of disclosing their donors, most dark money outfits are either being careful to stop running their ads before the FEC-designated window opens, or they’re simply switching to more overtly negative ads that expressly call for defeating candidates, and are thus not subject to the new disclosure rules. As Reuters noted, “The D.C. Circuit’s ruling may have the entirely unintended effect of pushing more money from politically active non-profits into television and radio ads that directly call on voters to support (or vote against) particular candidates ... The Van Hollen suit didn’t address indirect expenditures, so, according to [election law expert Rick] Hasen, if non-profit groups want to keep their donor lists secret, they may switch their spending to ads that contain express advocacy.”

AFP’s Phillips said on the call yesterday that the new FEC rule had nothing to do with AFP's decision to run express advocacy ads, saying that that it was all about Obama’s awful policies. But the timing of the move and the fact that AFP has never run them before suggests otherwise.