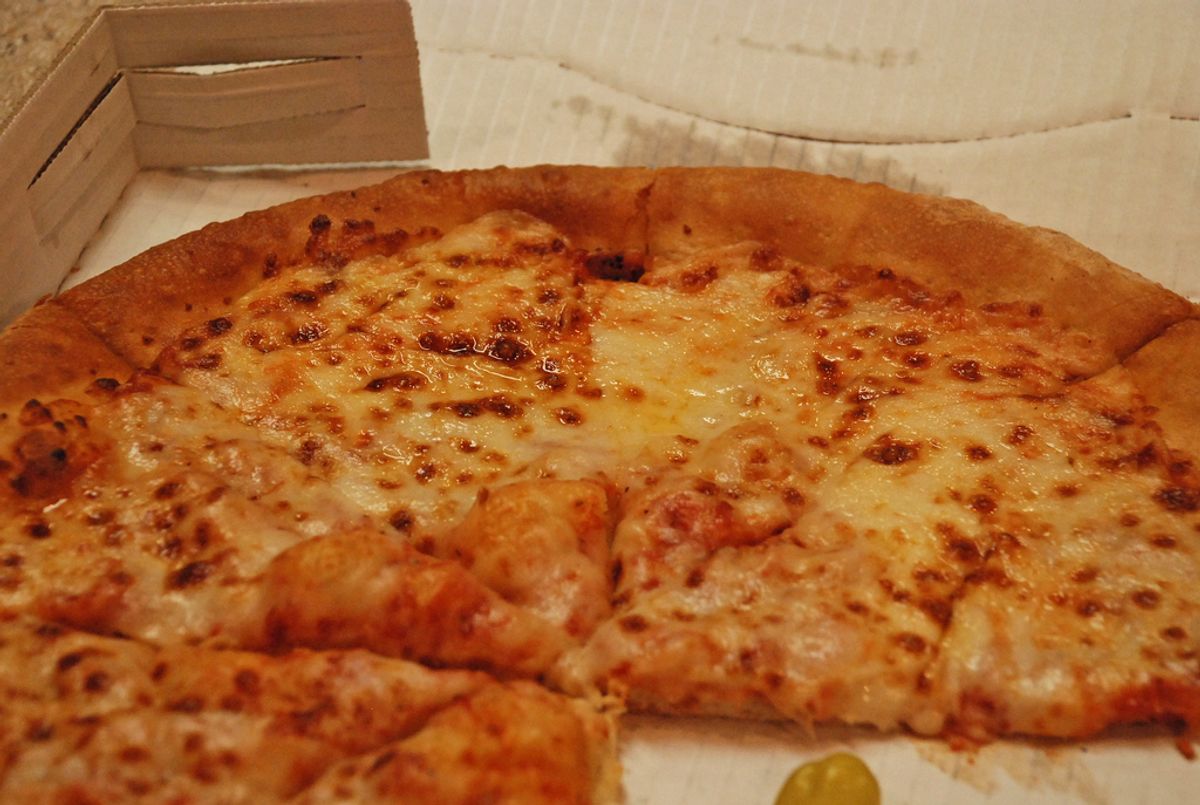 Sad news this week for all American Papa John's fans, from those too exhausted by daily drudging for subsistence wages to attempt to find something better to stick in their mouths at the end of the day than a dirt-cheap sugar and starch-delivery mechanism to those who are simply drunk when one of the commercials comes on: Unless we repeal Obamacare, Papa John's founder and mascot John "Papa John" Schnatter is going to raise the price of his wares.

He said as much in a conference call last week: "Our best estimate is that the Obamacare will cost 11 to 14 cents per pizza, or 15 to 20 cents per order from a corporate basis," Schnatter said, while robotically tossing a football and sort of cringing in an odd approximation of a casual smile.

Eventually, once the law is actually in place. Papa John's franchises with 50 or more full-time employees will be expected to offer affordable plans for their employees, or face a penalty. The point of this policy is to keep large employers from outsourcing the cost of insuring their full-time employees to  taxpayers. The point is also to raise the price of pizza, in order to "bend the cost curve." (If Papa John doesn't like this he and his restaurant industry friends should probably lobby for single-payer, in order to break the employer-provided healthcare model that doesn't work for the sort of people unlucky enough to have to work for a squinty miser like John Schnatter.)

Actually he's not really sweating it:

"We're not supportive of Obamacare, like most businesses in our industry. But our business model and unit economics are about as ideal as you can get for a food company to absorb Obamacare," he said.

"If Obamacare is in fact not repealed, we will find tactics to shallow out any Obamacare costs and core strategies to pass that cost onto consumers in order to protect our shareholders best interests," Schnatter vowed.

Papa John's: The official pizza of the NBA D-league and also of "shallowing out" costs to the consumers in order to "protect our shareholders best interests." (But what if your shareholders are also pizza consumers, John?)