REO Speedwagon will save us

I spent years mocking earnest soft-rock power ballads. Now, those songs are the greatest escape I can find 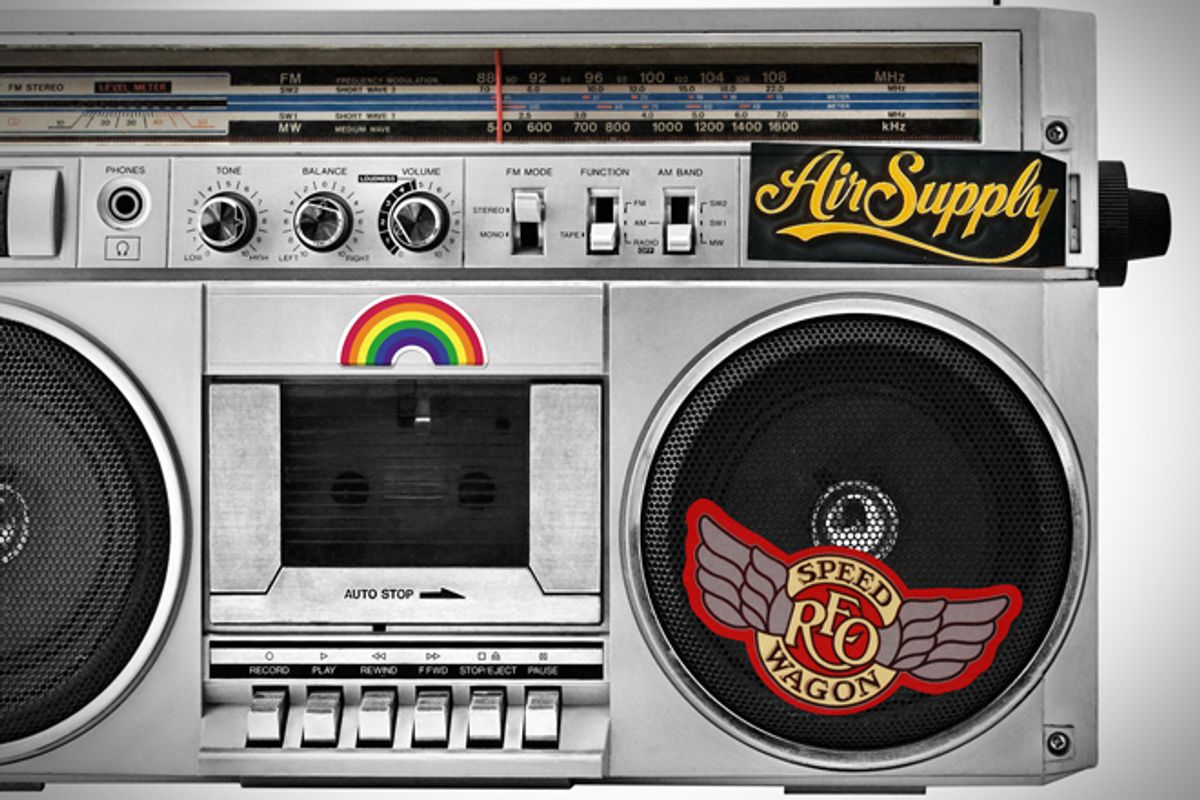 About five years ago, I decided that the REO Speedwagon song “I Can’t Fight This Feeling” was the worst song ever written. Children of the '80s love these windy, unwinnable debates, and I was often killing hours and brain cells in a beer-soaked, pop-culture throwdown. Which is more offensive: Starship’s “We Built This City” or Vanilla Ice’s “Ice Ice Baby”? Whose crimes against humanity are worse: Richard Marx or Billy Ocean?

When I wasn’t arguing about '80s music in a loud bar, I was watching people do so on VH1, whose core programming in 2007 consisted of comedians cracking jokes about Teddy Ruxpin and Milli Vanilli. I couldn’t get enough of it. I’d stagger home on Friday night, flop on the futon at 2 a.m., and pass out watching “I Love the '80s,” which probably should have been called, “I Hate My Life, but I Love the '80s,” or maybe just, “Hold Me, I’m Lonely.”

Anyway, nothing gave me the creepy-crawlies like “I Can’t Fight This Feeling,” with its opening tinkle of piano, shimmery as a glitter rainbow, and its lyrics of sweaty-palmed, middle-school dance vulnerability: I can’t fight this feeling any longer, and yet I’m still afraid to let it flow / What started out as friendship has grown stronger, I only wish I had the strength to let it show.

Big, dumb power ballads were in vogue in these years – you could bring a room of drunken hipsters to their knees with a few upper cuts of Journey – but there wasn’t enough irony in the world to make “I Can’t Fight This Feeling” cool again. Hearing it over the muzak airwaves of Target or CVS was like a tsunami of shame. People listened to this? And they survived? And so, in my own self-important, hyperbolic way, I pronounced it the worst song ever written. It’s not like I presented the band with a statue or anything. I think I just told my cat.

But for the last two weeks, I have been listening to that song endlessly. I drive around in my Honda Civic turning up the volume each time I reach the chorus, pounding out the drums on the steering wheel while stopped at a red light. I don’t just jam out to REO, either. I loaded up my iPhone with a collection of '80s songs so embarrassing they will get you banned from Pitchfork. Lionel Richie, Air Supply, Kenny Loggins. Cringe-inducingly awesome ballads of faith, hope, love and air guitar blasting from my crummy Best Buy speakers. It is therapy. It is meditation. It is something mysterious and powerful I cannot name. All I can tell you for sure is that the worst song ever written is saving my freaking life right now.

I didn’t always hate that song. Back in 1985, when I was in sixth grade and the song climbed to the No. 1 spot on Billboard, I clutched it to my chest like a Trapper Keeper full of boys’ names written in puff paint. I spent evenings in my pink-and-red bedroom listening to the radio, and I would sit by the jambox trying to capture that song on tape, like a hunter stalking a wildebeest, one hand poised over the record button, ready to spring to action the moment the DJ stopped talking.

I was obsessed with Top 40 back then. Each weekend, I listened to the Casey Kasem countdown and made charts of each song’s progress. Why? Because life before the Internet was dark and cruel, little girl, and people were forced to entertain themselves with sock puppets and the weekly fluctuations of Michael Sembello’s “Maniac.” But making the charts made me happy. Just like capturing the songs from the radio made me happy. And this was my little island of magic, the one shared by other people my age, who are now staring down 40 with a gulp.

That REO Speedwagon song is ideal for 11-year-old-girls, too, because it’s all about some nice boy who secretly loves you, which of course made me believe some nice boy secretly loved me (maybe Ralph Macchio!), and while this did not prove true, it was a fun fantasy to tuck inside that Trapper Keeper. If there is a blueprint for tween blockbusters, from “Twilight” to Justin Bieber to New Kids on the Block, it can be boiled down to these three words: Girl, only you.

But you grow up, and you shake off all that romantic delusion. You become embarrassed by the person who believed in true love and blue-haired unicorns. In high school, I got a real boyfriend, who introduced me to Jane’s Addiction and Red Hot Chili Peppers. We laughed at Top 40, all those songs about sweetness and longing, and we turned toward college radio, with its songs about drugs and boning. The '90s ushered in so much self-consciousness. So much screaming and shame. Nothing was worse than the soft tinkle of a piano. Nothing was worse than a glitter rainbow.

But culture is a pendulum swing, and the dour, unshaven frontmen of '90s grunge gave way to the hairless, harmonizing boy bands of the late '90s. The groups that were cool when I was in college – Weezer, Oasis, the Counting Crows – are like dinosaurs of squareness now, every one of them landing on a recent list of “10 Bands I’ll Be Forced to Listen to in Hell.” Neon is back, the Dave Matthews Band is the devil, and the soft-rock sincerity of REO Speedwagon that seemed anathema to me in 2007 was featured front and center in the 2009 pilot episode of “Glee,” one of the most influential pop-culture phenomena of the past few years. The song had been reclaimed, reborn.

In an interview with Elvis Mitchell on his podcast “The Treatment,” director Nicholas Winding Refn talks about being stoned and singing his way through “I Can’t Fight This Feeling” as he hatched the idea for his 2011 film “Drive,” a riveting movie of violence and obsession starring Ryan Gosling. “I turned the song up really loud, and I start to cry,” he says. “That’s when I get this idea. We’re going to do a movie about a man who drives around at night listening to pop music because that is his emotional release and that is what I experienced at that exact moment.”

I get it. A few weeks ago, I started listening to the song again. I had been struggling to concentrate on a project that scared me, struggling to stay calm while one of a hundred anxieties lodged in my throat. I could pummel myself with doubt for an entire day, like doubting myself was a part-time job. I found the song online (the video is magnificent '80s nonsense, by the way), and what struck me was that for the 4:54 that it played, I thought of absolutely nothing. My mind went to vapors. I remembered every lyric, like a catechism, and the whole thing came streaming out of my mouth like a glitter rainbow.

But as you get older, familiar avenues of escape start to shut down. I gave up booze two years ago, and I try not to stuff my face with Hot Pockets and Haagen-Dazs anymore. Yoga is great. Listening to people’s stories is great. But sometimes I find myself looking around my house like a junkie clawing the drawers for some forgotten stash: What else is around here? Is there anything that could help? My mother tries to get me to meditate, but I crater within seconds. “Sit still and try some alternative-nostril breathing,” she’ll say, which sounds to me like: Just fly on a magic carpet through space. Sure, yeah, no problem.

But music gives me that ecstasy of the mind. These days, I crave bombastic music, big bursts of sound and three-part harmony without a tick of cleverness, without a shred of intellectual insight. It’s so easy, it’s so freeing. “I Can’t Fight This Feeling” is a song about surrender, which is a very powerful thing to let yourself do – in art, in love, in life. The simple truth is that I fight most feelings. I fight and kick and claw and twist – and that’s before I even get out of bed in the morning. There is some part of my brain that wants to tar the world with hyperbolic, self-important statements that have not been earned: This is the worst thing ever! The WORST!