The medals have been distributed, but our burning question remains: What's the effect of all that training? 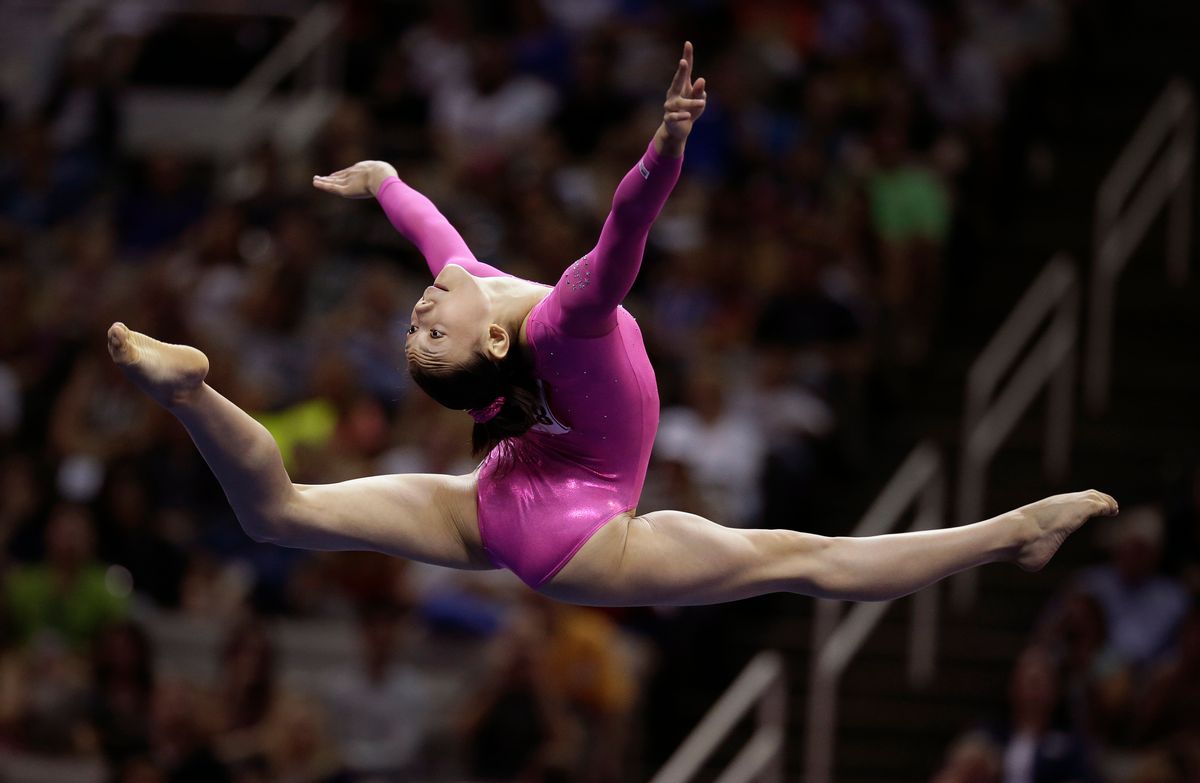 When Aly Reisman yesterday mistakenly tweeted everyone a direct message about how nervous she was to go clubbing with the male gymnasts, it reminded us that she really is a teenager. Because it's easy to wonder, watching these tiny dynamos hurl themselves through the air and hug the balance beam, what years of gymnastic training does to their physical development.

Luckily, there's a professor who has studied our exact rude question.

“The evidence is not clear at all,” said Dr. Robert M. Malina, professor emeritus in the department of kinesiology at the University of Texas at Austin.

Malina has studied the growth of young athletes for decades, including at the Montreal Olympics in 1976. Last year, he was part of a committee organized by international governing body Federation Internationale de Gymnastique to address the effects of training on gymnasts’ growth, particularly sexual and skeletal maturation.

Malina’s team analyzed numerous studies conducted over the past four decades hoping to draw some conclusions. Instead, they realized that most studies were confusing or inaccurate, often neglecting to consider age and genetic factors.

“Late teens and early-20s women are different animals in many ways,” said Malina. Lumping them together in the same study can throw off results.

But certain studies offered surprising insights. For example, Malina cited a 1980s study from the Netherlands, which found that by age 4, most gymnasts were already trailing their peers in height. Gymnasts tend to be shorter than average because they have short parents, not because of over-training, Malina suggested. Furthermore, most gymnasts are the appropriate weight for their height. Aly Raisman, for example, is 5’2” and 115 pounds, with a healthy Body Mass Index of 21.

“Of the female gymnasts who competed in Beijing, only six would be classified as having a moderate thinness,” Malina said. Four of the six were Chinese gymnasts, who stirred controversy over whether they were old enough to compete.

David McAllister, an orthopedic surgeon specializing in sports injuries at UCLA, works closely with the NCAA Division I gymnastics team at the school. He acknowledged that many gymnasts have delayed puberty as adolescents and, unlike Malina, he thinks low body weight and intense, frequent exercise are the culprits.

“But it happens in other sports, too,” McAllister said. “We see it in long distance runners.”

Malina doesn’t wholly discount the effects of training on growth, either. He said there are several studies indicating that gymnasts who drop out grow taller and mature earlier than those who persist. Again, studies often failed to account for genetic factors, complicating results.

Other unknowns in gymnastics concern Malina more than physical growth and development, though.

“What we don’t know about is what I call the culture of the sport, the environment of the gymnasium,” he said. “It’s completely dominated by adult men, and we don’t know the pressures put on these young girls.”

“People who get lots of aches and pains don’t last in this sport,” he said. “When a gymnast comes and complains of something, they usually have a real problem.”

The good news? Most gymnasts simply grow out of their injuries.

“Mostly as they’re doing it, there’s risk,” McCallister said. “Once they turn 21, they walk away; they’re done. We don’t seem to see long-term adverse consequences.”

Gymnastics training can hasten certain conditions, however. American gymnast Mary Lou Retton was diagnosed with hip dysplasia in her early 30s, and had hip replacement surgery in 2005. Retton told the Plain Dealer that the condition is hereditary, but suggested that gymnastics could have brought it on more quickly.