The champion sprinter left some tweeters in the dust 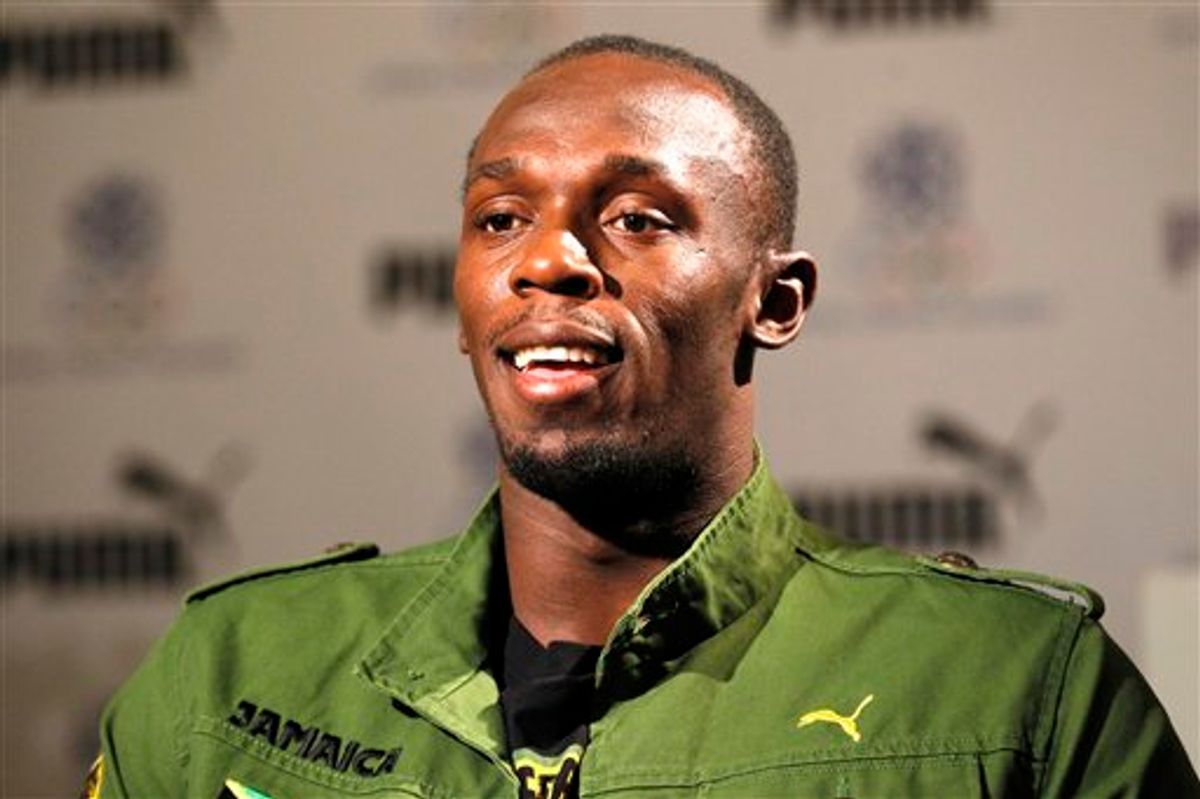 I'll run like I'm Usain Bolt for a Big Mac.

Usain Bolt walks into a bar, orders his drink and leaves before I'm able to come up with a joke because he's too quick—