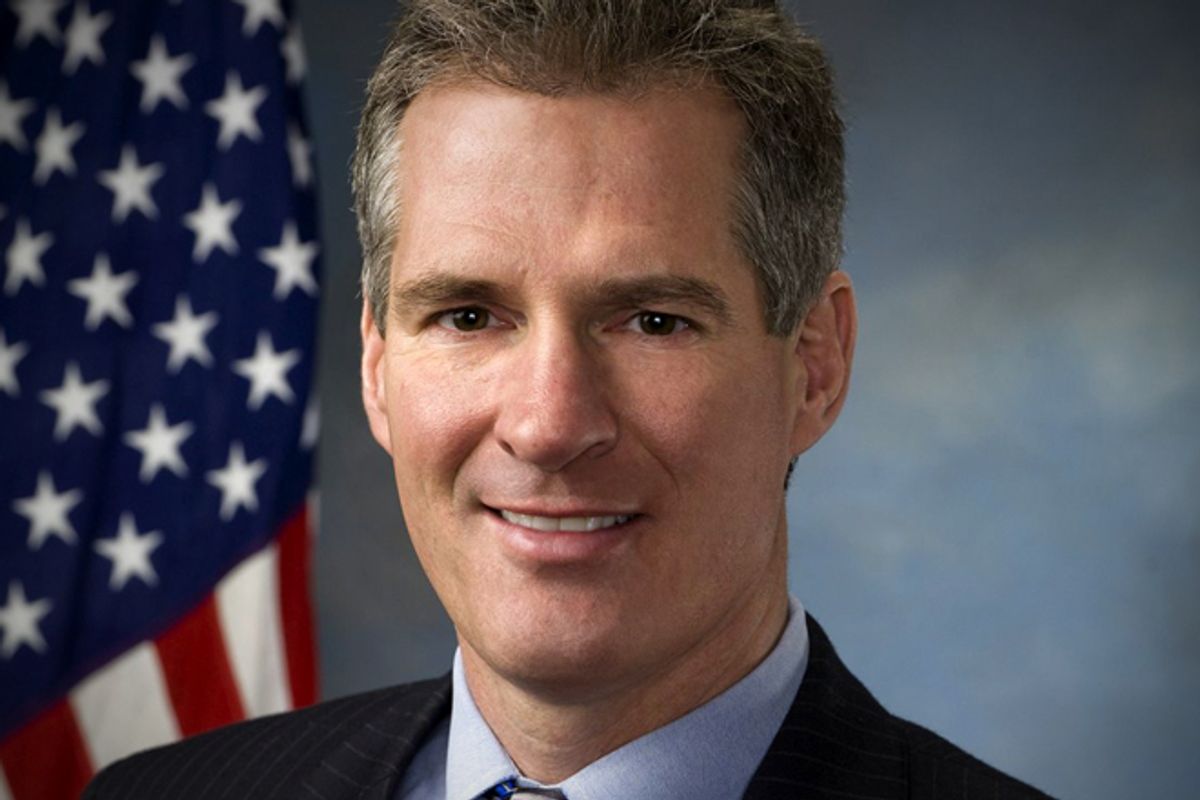 Sen. Scott Brown -- Massachusetts moderate -- has just released one of the most brazen anti-franchise statements I've seen from a prominent Republican this year. Apparently the daughter of his challenger, Elizabeth Warren, is the chairwoman

of one of a few voting rights groups contracted by the state of Massachuetts to send voter registration forms to people who weren't offered the chance to register when they applied to receive welfare benefits. That was a violation of federal law, and Massachusetts is sending these people registration forms as part of a legal settlement. And this makes Scott Brown really mad, because if you help welfare recipients vote, they'll vote against Scott Brown, probably.

I want every legal vote to count, but it’s outrageous to use taxpayer dollars to register welfare recipients as part of a special effort to boost one political party over another. This effort to sign up welfare recipients is being aided by Elizabeth Warren’s daughter and it’s clearly designed to benefit her mother’s political campaign. It means that I’m going to have to work that much harder to get out my pro-jobs, pro-free enterprise message.

It's actually a "special effort" to comport with federal law, as I said, but the fact that helping legally qualified citizens register to vote is now considered improper is startling. Or at least that a non-insane Republican said as much out loud is startling. This goes beyond phony accusations of voter fraud: Brown is outraged that his opponent's daughter is working for an organization making it easier for people to legally vote. Because they're poor.

Here is the more accurate version of Brown's statement: "I want every legal vote to count, but I want to make sure that as few of those legal votes as possible are cast by members of the lower classes, because the ancient belief that only the better sort of people should be trusted with the vote is still a depressingly common one."