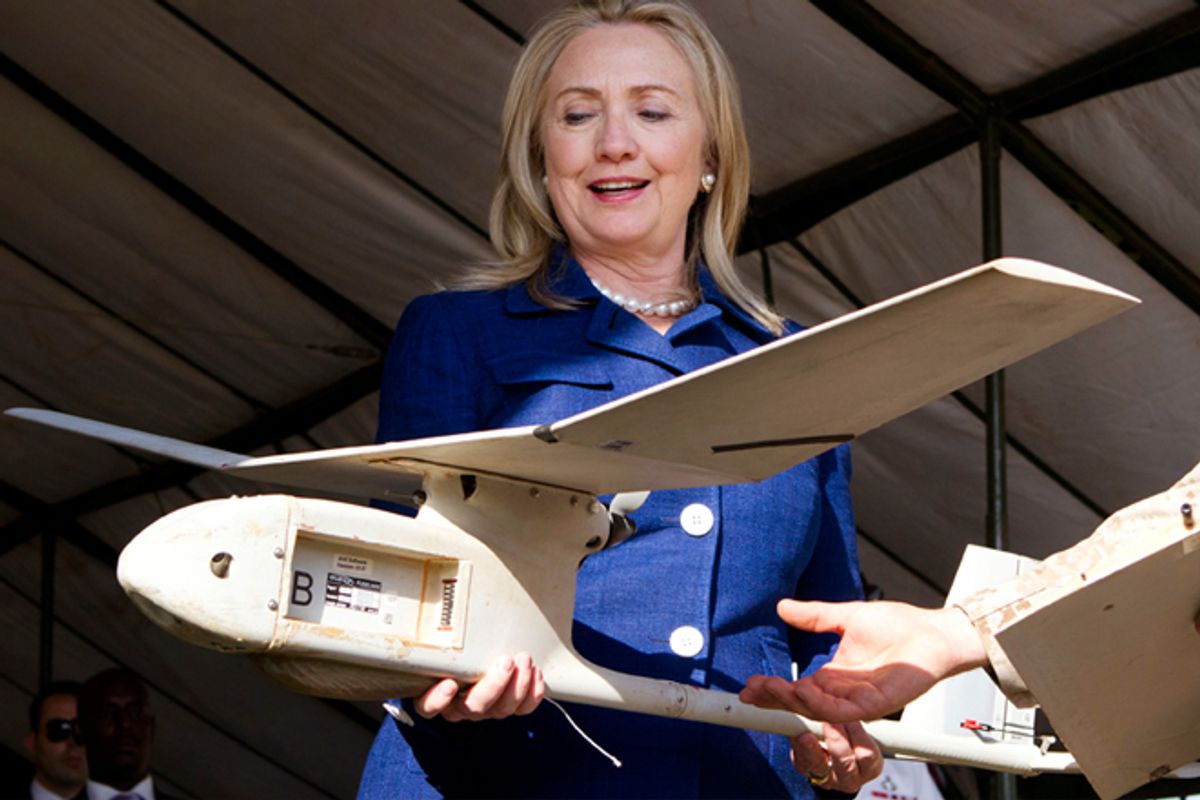 Earlier this month, a CIA drone missile fired into a compound in a Pakistani village killed al-Qaida’s deputy leader, Abu Yahya al-Libi. The strike killed only Libi, but America’s targeted killings of terrorists and suspected militants have proven deeply controversial, both at home and abroad. So why does the Obama administration continue to rely on drones and targeted killings? Well, because they work.

That, at least, is the conclusion reached by two new studies in the journal International Security. Killing terrorist leaders is effective in destroying terrorist groups, suggest the papers, published by MIT Press. These findings contradict previous research and accepted wisdom that taking out terrorist leaders is either useless or, worse, an invitation to retaliation.

In the first article, the effects of leadership "decapitation" on 207 terrorist groups from 1970 to 2008 are cataloged. Of the 131 groups whose leaders were killed or captured, 70 percent are no longer in existence. Conversely, only 57 percent of the 76 organizations whose leaders weren’t successfully eliminated expired. “When the leadership of a terrorist group were decapitated, they ended sooner by a significant margin,” says the study’s author, Bryan C. Price, the incoming director of West Point’s Combating Terrorism Center. “If they were killed or captured during the first year, they were more than eight times more likely to” die out.

According to Price, the effectiveness of targeting terrorist leadership can be seen in the U.S. raid on Osama bin Laden in May 2011. “I noticed al-Qaida, this media savvy group, took a month and a half to even respond to his death,” he says. “They were unprepared, and under [bin Laden’s successor] Ayman al-Zawahiri, they are far more disorganized.” A charismatic, transformational terrorist leader such as bin Laden is extremely difficult to replace, Price says. The trove of documents found in bin Laden’s compound show that he remained far more involved in the day-to-day activities of al-Qaida than most people had assumed.

The second International Security article examines 118 attempts to kill terrorist leaders in 90 counterinsurgency campaigns. Forty-six of those efforts successfully took out their intended targets. The numbers show that when leaders were removed, there was a 25- to 30 percent  increase in the probability that the group would terminate, and a 30 percent boost in the chances of a government victory over the insurgency. “Contrary to the accepted wisdom within the academic-research realm, we see that when leaders are targeted, the terrorist campaigns end more quickly, and the frequency and lethality of their attacks go down,” says the study’s author, Patrick Johnston, a political scientist at the RAND Corp. “Simply put, leaders matter.”

Johnston believes his research has direct implications for the Obama administration. “You could certainly make the argument that there is evidence that the Obama administration’s approach has historically been effective,” he says. Killing and capturing terrorist leaders leads to organizations’ demise because it disrupts their operations, deprives them of particularly wealthy, skilled or charismatic individuals, and/or eliminates someone who successfully staked out a safe haven. “The bin Laden raid could easily have failed — many similar attempts by governments have failed — but because it succeeded, it hurts the organization in the long term.”

Not everyone is convinced of the articles’ findings. “As with all social science, it depends on the methodology used,” says Micah Zenko, a counterterrorism expert at the Council on Foreign Relations. He points to a 2008 RAND study showing that terrorist groups generally end when they reconcile with the government or are infiltrated from the inside by opposing intelligence officers and then destroyed from the inside.

Zenko argues that the U.S. is not following the studies’ models. “The U.S. has done something like 400 targeted killings since 9/11,” he says. “By definition, no terrorist group has that many high-level leaders.” The vast majority of militants killed by the United States are low- or mid-level al-Qaida members, or individuals not even in the group, Zenko says.

Stephen Walt, a foreign-policy expert at Harvard University, is similarly skeptical of the success of drone strikes and targeted killings. He counsels that definitive conclusions are difficult, especially when the number of casualties resulting from targeted killings is so highly contested. “[O]ne might argue that the drone campaign is working, right up to the moment when some rogue Pakistani general gets really angry and gives a bomb to some terrorist group, which then uses it against Baltimore,” he says. “At which point the whole drone campaign looks really, really stupid.”

Walt believes the U.S. is drastically overestimating the threat posed by anti-American terrorism, and its actions to counter the inflated threat are unnecessary and often do more harm than good.

U.S. counterterrorism policy is also deeply unpopular abroad. A recent survey by the Pew Research Center found that in 17 of 20 countries, more than half of those polled oppose U.S. drone strikes in nations such as Pakistan, Afghanistan, Somalia and Yemen. A United Nations rapporteur said last week that some of the attacks may constitute war crimes, and may encourage other nations to start using drones of their own.

None of this is likely to lessen American use of targeted killings. From 2004 to the present, U.S. drones have killed somewhere between 1,855 to 2,849 people, according to the New America Foundation. If anything decreases the appetite for strikes, it will likely be the perception that al-Qaida is “devastated,” as President Obama and Secretary of State Hillary Clinton have put it. For a country that is wary of troop casualties and exhausted of nation-building abroad, the drone campaign appears to offer a low-cost way of conducting a counterterrorism campaign. These new studies won’t end the debate on the wisdom of that policy, but they offer much fresh material that will have to be reckoned with.