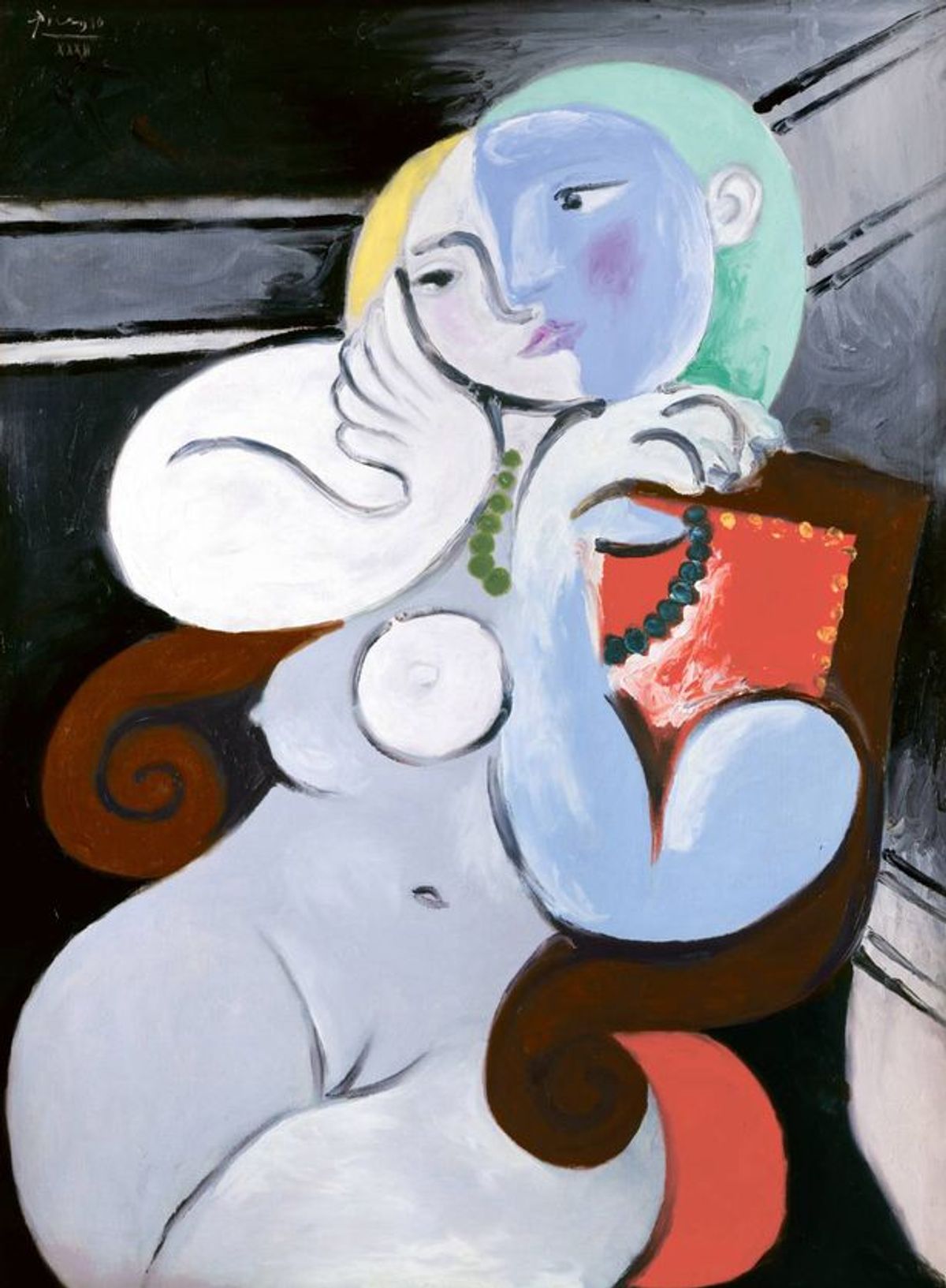 A Scottish airport has backtracked on its decision to cover up a poster promoting an exhibition at the Scottish Museum of Modern Art that featured Picasso’s “Nude Woman In a Red Armchair” (1932).

Apparently, the abstracted nude’s bare breasts and vagina were too much for some passengers, and the airport made the temporary decision to place a white vinyl cover over the offending parts before it permanently removed the advertisement.

In an interview with AFP, director-general of the National Galleries of Scotland, John Leighton, highlighted the lunacy of contemporary decency standards:

All kinds of images of women in various states of dress and undress can be used in contemporary advertising without comment … But somehow a painted nude by one of the world’s most famous artists is found to be disturbing and has to be removed.

The airport reversed its decision yesterday and released the following statement, which was published in The Guardian:

We have now reviewed our original decision and reinstated the image. The initial decision was a reaction to passenger feedback, which we do always take seriously. However on reflection we are more than happy to display the image in the terminal and we’d like to apologise — particularly to the exhibition organisers — for the confusion.

As well as returning the image to its original display, we also hope that the interest assists in further promoting the Picasso and Modern British Art exhibition at the Scottish National Gallery of Modern Art to the many visitors in Edinburgh at the moment.

No word yet on how the controversy has impacted attendance numbers at the museum, which has no doubted benefited from the global publicity of the incident.