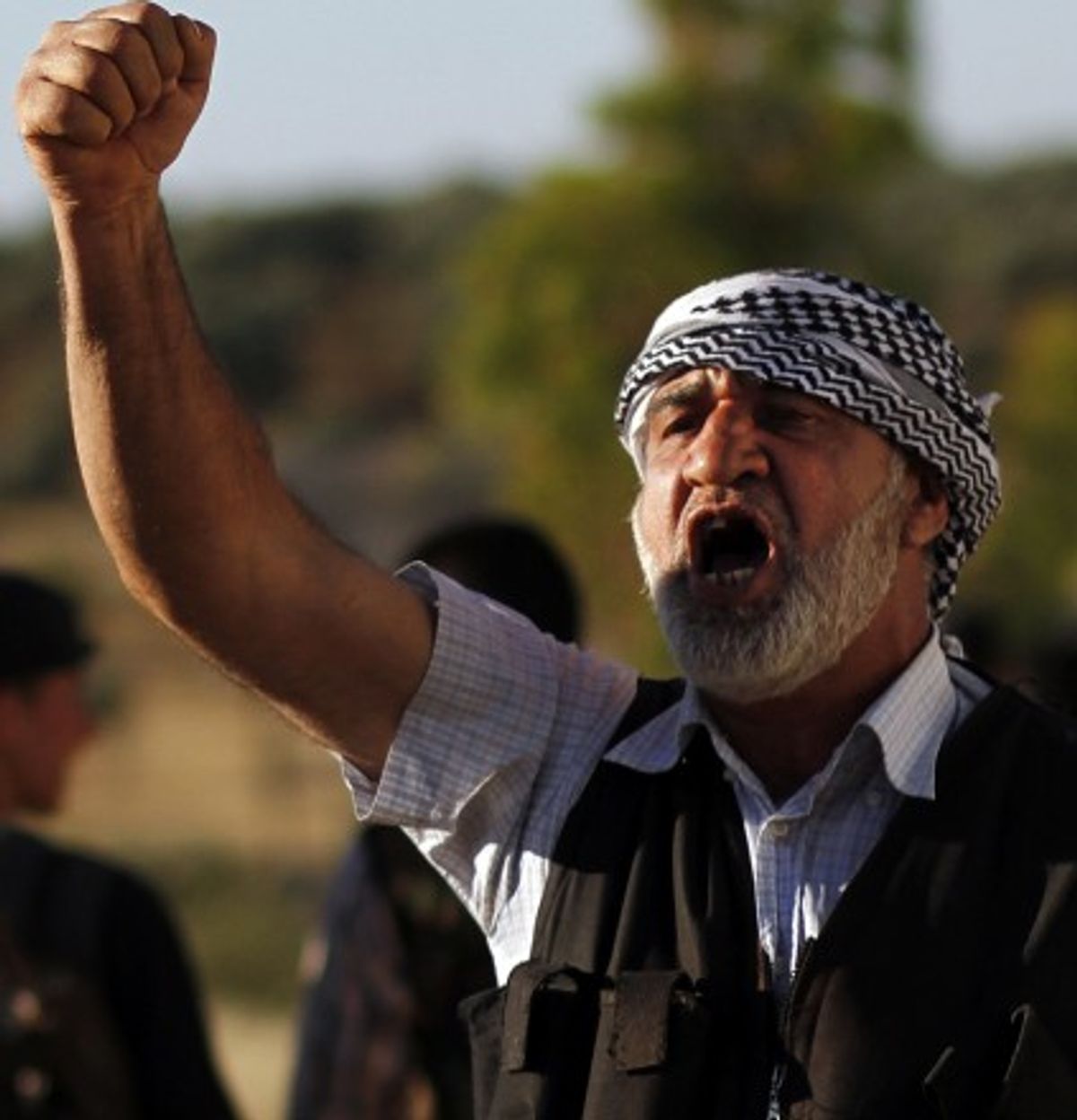 A Free Syrian Army officer chants slogans during a training session on the outskirts of Idlib, Syria. (Associated Press)
--

The Syrian Army's move into Aleppo this week reportedly resulted in dozens of rebel fighters' deaths, demolished neighborhoods and more than 146,000 refugees. Faced with some of the goriest combat of the war, and government-backed air and tank assaults, a senior commander of the Free Syrian Army, identified as Abu Mohammed, would not concede defeat when he spoke to The New York Times:

"One day is ours, one day is theirs."