Paul Ryan's not so nice 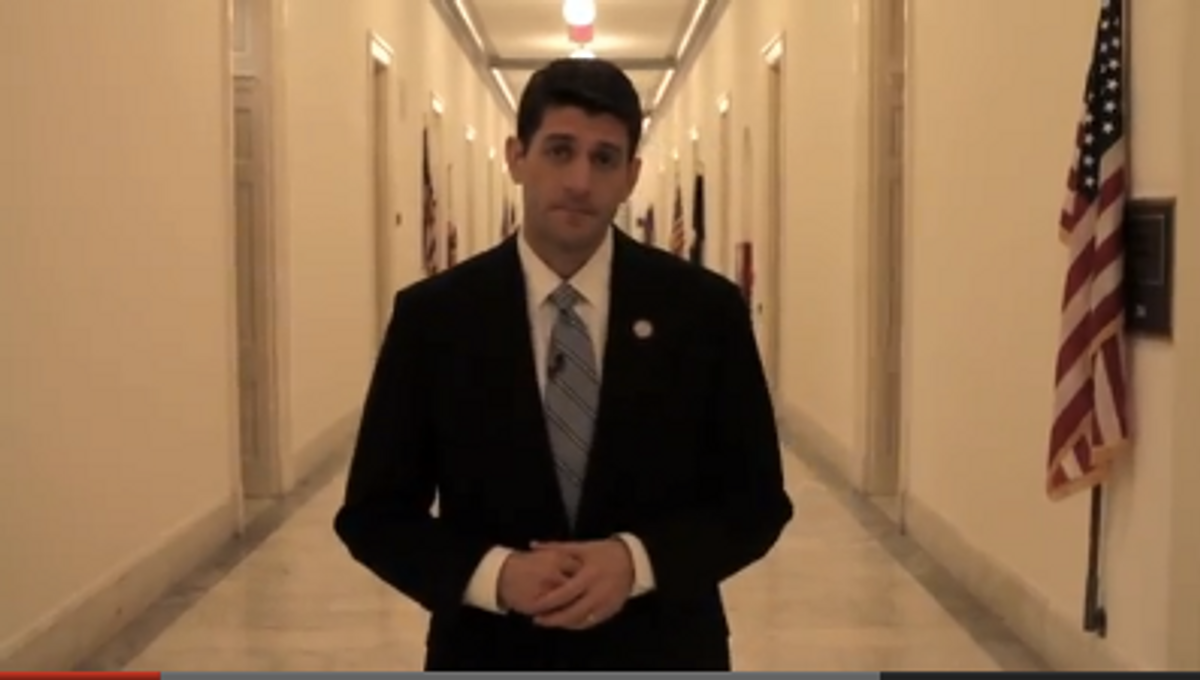 Before Mitt Romney wrapped up the Republican nomination, conservative commentator Mona Charen, suggested why Paul Ryan would be a strong candidate: “They will call him cruel, they will say he's an extremist and so on. But then voters will see his open expression, his calm demeanor, his reassuring intelligence and his altar boy smile, and say, ‘Nah, he's a good guy."

Few national politicians get compared to altar boys; Ryan does repeatedly. In his rise to the national ticket, his earnest, wonky persona has perhaps been as much of an asset as his head for figures. In a party that can be aggressively confrontational and anti-intellectual, Ryan’s bookishness and unthreatening good looks have helped to mask his far right views and sand the edges of his ambition.

In this clip, Ryan reasonably argues against increasing funding for Medicaid, the federal health care program for the poor:

Here Ryan, subdued but determined, says Obama's plan to win re-election is to bankrupt the country:

Ryan expresses sympathy for families as he misrepresents the Democrats' position on the Bush tax cuts:

Oldsters boo Ryan's support for tax breaks for the wealthy. Still he keeps his cool: