Romney may be running as the small government candidate, but his only real goal is to cut taxes 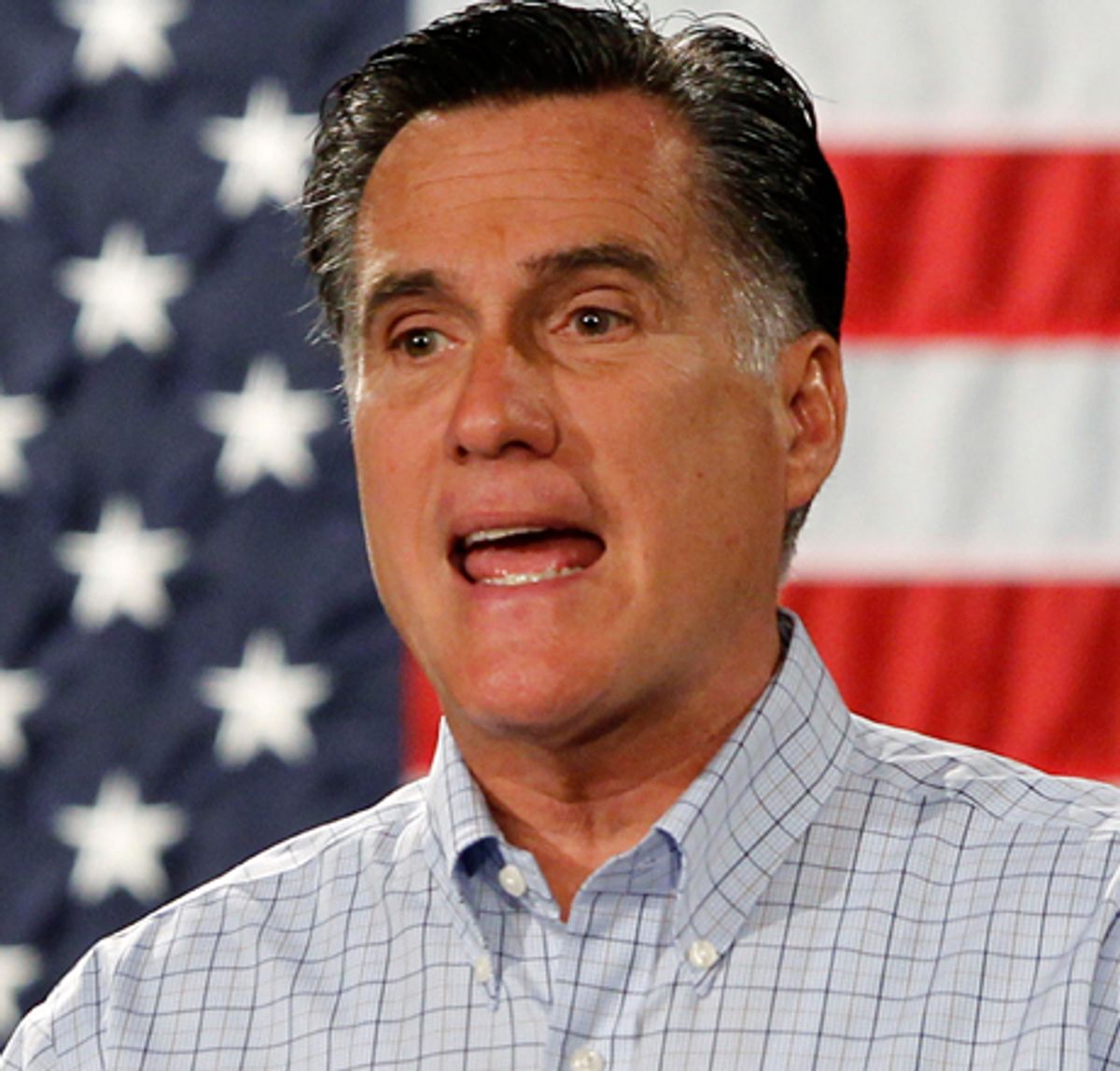 The Tax Policy Center has carefully analyzed how much would come out of the pockets of the middle class and poor to support Mitt Romney's top-heavy tax cuts for the rich. The numbers are appalling. But it’s likely Romney has no intention to pay for his tax cuts or to make his plan revenue neutral. Call it the Ronald Reagan feint.

Romney is promising tax cuts and believes that’s how he will get the vote. He probably thinks deep down that the tax cuts will generate more growth than anyone serious anticipates, just as Reagan did, but here’s no real evidence to support that, as much as his advisers try to claim otherwise. He says he is “supportive” of Paul Ryan’s budget, which will result in draconian cutbacks. But we shall see how often he talks about these details. He knows people don’t really believe what progressives say about these cuts, as Katrina vanden Heuvel has noted.

Romney is running an impressionistic campaign, not one of details. The impression is that he is for tax cuts and smaller government, which is appealing to many Americans. The details will come later, if they ever do.

Oddly enough, he is not genuinely running on austerity. Rather, he is the new leader of the old starve-the-beast school. Eventually government will be cut if taxes are cut first. That means he will use the austerity argument to chop up Social Security and Medicare to the degree he can when the time comes. And we may get some stimulus under Romney as president, but it will be the worst kind. We got stimulus under Reagan and George W. Bush, but tax cuts did not return America to a fast-growing, job-creating economy under Bush, and deficits were used under the tax-hating Reagan to create obstacles for new social programs and put heat on welfare. The nation never grew fast enough to bring the deficit down as a proportion of GDP in the 1980s, and it left George H.W. Bush with a difficult agenda and still historically high unemployment.

Progressives should fight on the details, but they should also fight impressionistically on a bigger level. “Romney Hood” is effective because it is pitching the fight on tax breaks for the rich. Another effective criticism is that Romney is elitist. A third is that this approach was tried by George W. Bush and failed. On social programs, the Democrats show a weak hand when so many agree they need substantial cuts. Democrats have made austerity their big cause. Ironically, Romney, is in his offhand way, is just giving it lip service for now, when he is really just for tax cuts.

Of course, Romney as president will return to austerity to create pressure for cuts in key social services. He will not be able to make desperately needed social investment, and the nation will be seriously run down. But Romney’s trick in the election is to put austerity on a back burner and wait until he becomes president to address it. The opposition should make clear the consequences of such a president, but it needs to understand the battle of impressions as much as it does the battle of details. I write this as a details person myself. But the big issue is that tax cuts for the rich don’t mean prosperity for America. The history is clear, and so is the academic research.