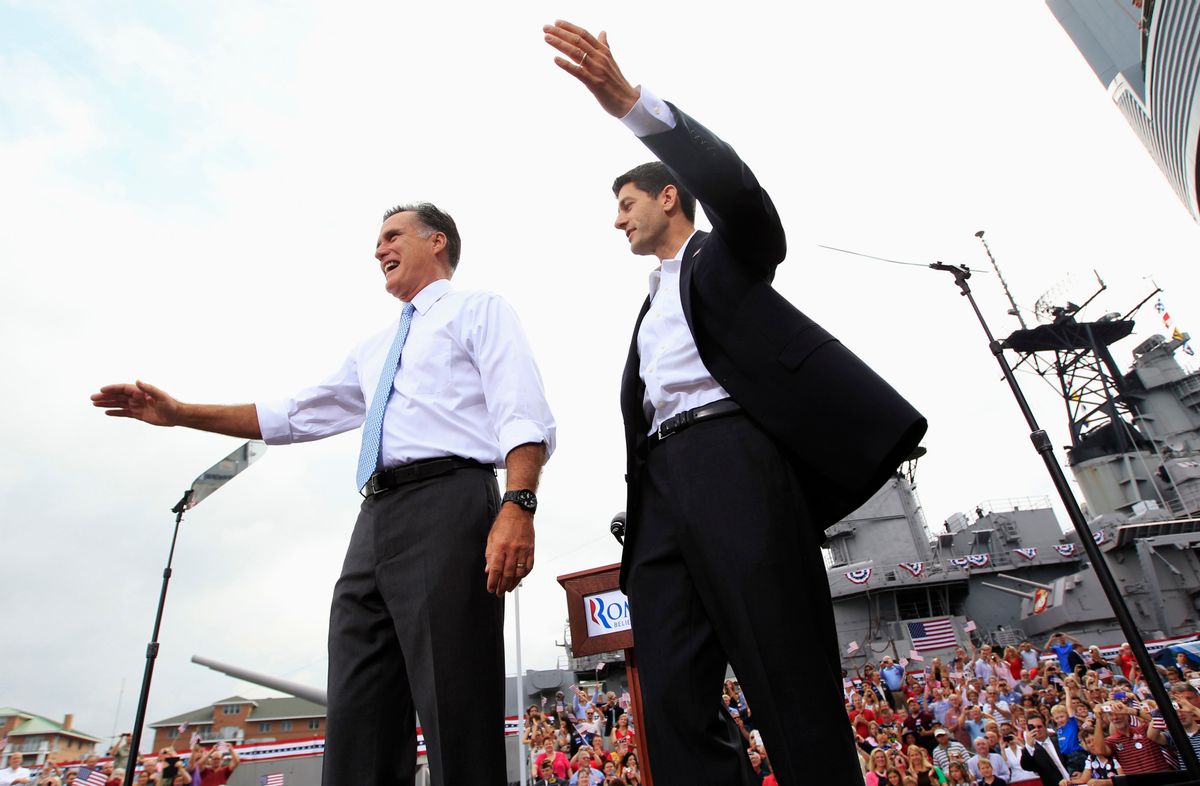 The key battlegrounds of this campaign may soon be bingo halls and retirement homes, as the presidential race is about to become all about old people. With Mitt Romney’s selection of Rep. Paul Ryan as his running mate this morning, the ensuing response from the left is obvious and predictable. Democrats will seize on the vice presidential contender's chief accomplishment in Congress, the thing he is most closely associated with: The Republican budget plan he authored that fundamentally changes Medicare.

Ryan’s plan gradually phases out the current system of Medicare in favor of subsidized vouchers for seniors to pay for medical care. The plan won’t affect anyone over the age of 55, as Republicans are quick to remind, but it will effectively eliminate Medicare as we know it in the future, as the subsidies would not keep pace with the growth of medical costs, and thus costs shift back onto seniors.

When Republicans adopted Ryan’s budget, Democrats had a field day. There were dozens of television ads -- including one that portrayed Ryan literally throwing a “granny off a cliff” from a wheelchair -- floor speeches and cable news appearances slamming Ryan’s budget. Democrats felt they really had a winning issue and ran with it, exploiting any and every opportunity to discuss it.

It’s not hard to see why: Ryan's plan for Medicare was hugely unpopular. A CNN poll from June of last year, which was typical of many surveys, found that just 35 percent of Americans supported  Ryan’s plan, while 58 percent opposed it. Even 54 percent of self-identified conservatives were opposed. And 74 percent of current seniors were against it, even when told the plan won’t affect them. A 2011 Kaiser poll found an interesting effect. It first asked people if they supported or opposed Ryan’s plan. Those who initially opposed it were then read some arguments Republicans make to support the plan -- 17 percent switched to support it after hearing the rationale. But when the pollsters reversed the scenario, and read Democratic arguments to people who had initially supported the Ryan Medicare plan, a whopping 47 percent switched their vote, suggesting Democrats have the more convincing message here.

In May of last year came an electoral test, in which a special election in upstate New York served as a proxy battle over the Ryan budget, which was working its way through Congress at the time. The district was one of the most conservative in the state, having not elected a Democrat since the 1930s, but Democrat Kathy Hochul seized on the Ryan plan and won “in a race that largely turned on the [Republican] party’s plan to overhaul Medicare,” as the  New York Times noted at the time.

Romney was hoping for a “game-changer” with the Ryan pick, an adviser said, and he may get it -- but possibly not in the way he would like. The campaign will likely now be dominated by accusations of how a Romney-Ryan ticket would be bad for old people and future old people. The Ryan budget is one of the few issues on which Democrats have been willing and even eager to truly fight, so they must be licking their chops right now. Indeed, the Obama campaign, in its first statement after the announcement, went straight for the issue, calling Ryan the “architect of the radical Republican House budget.” They've even already put out an ad attacking Romney and Ryan on the plan.

So expect to see this image in an ad running in southern Florida sometime soon: Romney, after flubbing his introduction of Ryan this morning, threw an arm around his newly minted running mate and said, "Every now and then I make a mistake"