When a mysterious illness hit me, I found myself caught between Western medicine and Eastern alternatives 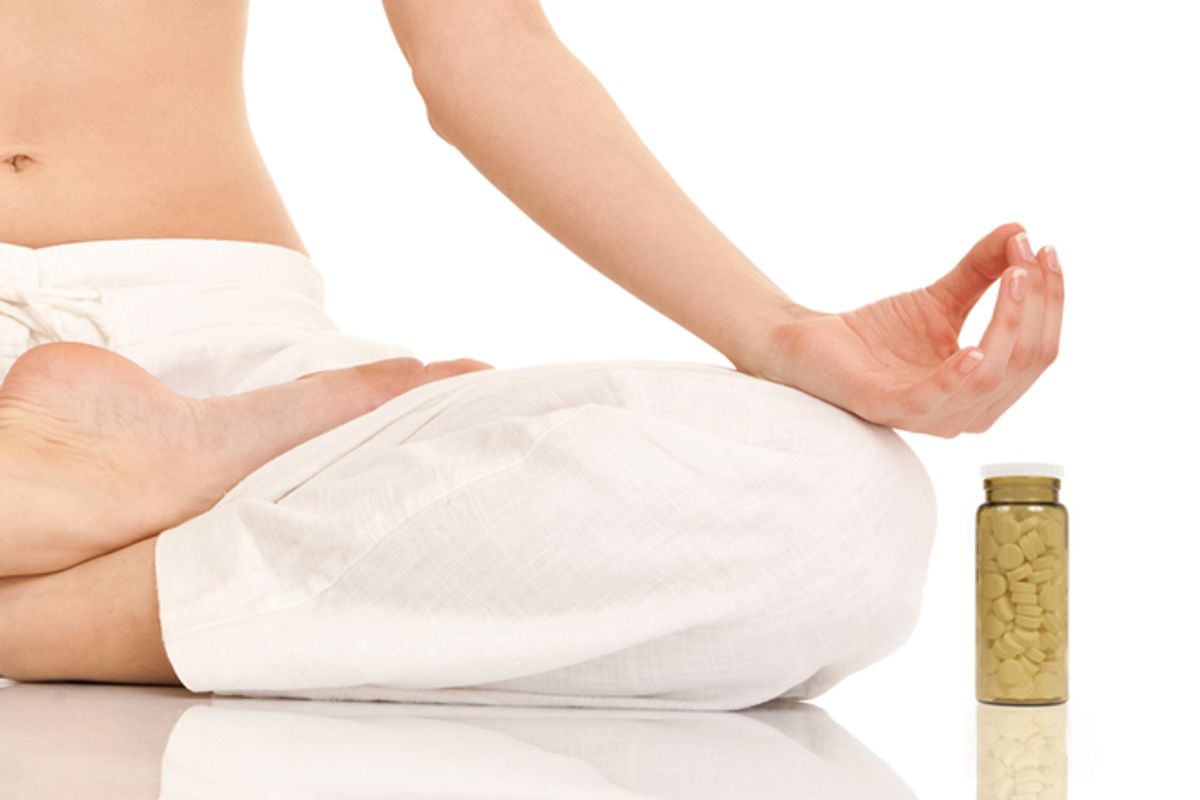 (Lucky Business and piotr_pabijan via Shutterstock)
--

I used to roll my eyes at people who became obsessed with food allergies. It seemed like their entire lives revolved around finding substitutes for one food item or another, or as though all the world's ills could be blamed on gluten or egg whites or shellfish.

Then I discovered I was allergic to myself.

It’s difficult to pinpoint the exact day the symptoms appeared. Throughout the spring, the bottoms of my feet felt stiff in the morning. By summer, my shoes didn’t fit properly. My feet had grown wider by one size. My toes were swollen.

Was it the humidity? The summer had been particularly stifling.

My movement became gradually more painful and impaired. I felt like the tin man, hobbling around the house for most of the morning. On stairwells, I clung to the handrail and inched down the steps one foot at a time like a toddler.

One of my friends thought it a case of improper footwear. She saw a segment on the evening news about how bad flip flops were for your feet. So I traded my colorful wedges and ballet flats for Swedish clogs and running sneakers and Easy Spirit sandals. I felt like a tourist walking around Manhattan in such practical shoes. But my feet still hurt. And it was only getting worse.

My doctor suspected Lyme’s Disease. New York City was known for bed bugs and not deer ticks, so this seemed like a shot in the dark. But I let her draw blood and send it to the lab. My husband blamed the pain on unresolved anger and suggested I make a list of everything that enraged me. He wanted to believe it was all in my head. And frankly, so did I. I sat down and began my list.

1) No one seems to be taking this very seriously.

Meanwhile the aching had spread to my elbows, my pinkies, my shoulders and my neck. I began having trouble backing our car out of a driveway and lifting my infant daughter into her crib. Then the blood test came back.

My doctor called to inform me I had Rheumatoid Arthritis, an autoimmune disease that destroyed joint and other bodily tissues. The antibodies in my blood were distinct markers for the disease. The diagnosis was between 97% and 100% conclusive.

“There is really nothing else in the world it could be,” she added before hanging up the phone. No item on my list would change that fact.

I always believed in the mind-body connection. But now it seemed my body was infinitely more intelligent than my conscious mind, capable of engineering complex antibodies that target my own tissue.

A simple Google search yielded grisly images of the havoc this disease could wreak. There were photos of mangled limbs, twisted fingers and toes, knuckles the size of knobs on kitchen cabinets. A popular health website used the phrase self-intolerance to describe the mechanics of RA. I had become my own allergen, like peanuts or dairy products.

Online late at night, I found studies I had no business reading without a medical degree. I projected my worst fears onto cryptic charts and graphs, conjuring my own doomed outcomes.

Like so much of life, it hardly seemed fair. I’d never resisted aging. When I hit 40, I let my long hair go gray and planned to grow old gracefully, like a woman riding a bicycle through a field full of flowers in a pharmaceutical commercial. Now, at 42 years old, when I thought of the future, I saw walkers and wheelchairs and ugly orthopedic shoes. I imagined myself huffing and puffing down hallways, constantly thanking people for holding elevator doors.

My rheumatologist assured me the chances were favorable that medication would halt the progression of the disease. But the potential side effects frightened me: leukemia, lymphoma, lung disease. So I sought out alternatives. Maybe there was a way out of this. Who cares what the research said. Wasn’t it all funded and driven by Big Pharma anyway?

I began juicing. Downed shots of wheat grass. Upped my omegas. I punched pillows and followed instructional videos on Tai Chi. I meditated, visualizing my B-cells and T-cells doing whatever it was they were supposed to be doing.

One trusted yoga teacher pointed me to Ayurveda, a Hindu system of alternative medicine. While the cause of RA remained a mystery in the Western world, Ayurvedic doctors believed this autoimmune response resulted from a build-up of toxins in the system. I decided it wouldn’t hurt to learn more.

The Ayurvedic doctor didn’t ask me to fill out any forms or sign a waiver.  We sat quietly together in a dark room. She had me close my eyes and straighten my spine and gauged my pulse with her fingers on my left wrist.

A moment later she asked me to open my eyes. “You don’t have Rheumatoid Arthritis,” she said. “I don’t care what the blood tests say.” I must have looked incredulous. “I’m not selling you false hope here,” she added.

I wanted to believe her. Yet she operated so far outside of my paradigm. She didn’t know my age or my medical history or even my last name. I felt like I had sought medical advice from a fortuneteller.

“I’ve never seen someone with your constitution have Rheumatoid Arthritis,” she said. I raised an eyebrow. “I swear to you. I’ve never seen it. Not in my 30 years of practice.”

She prescribed a diet of whole grains and greens, lean proteins and fruits. I was to cut out coffee, processed flour and cold things. “No ice,” she said with a stern glance over her glasses. She told me to slather coconut oil on my skin and surround myself with blues and purples. I was to chant a mantra every morning and dance or do some exercise every day. And she rather modestly suggested I not forget sex. One can never forget sex.

“How many pillows do you use at night?” she asked.

She wrote No Pillow in all caps on the piece of computer paper where she scribbled my dietary recommendations. The she underlined it. Twice.

I loved this woman.

“Give it three weeks,” she said as she ushered me out the door. “You’ll be fine.”

As the elevator ticked down to the ground floor, I realized I hadn’t made a follow-up appointment. Had I been duped? There was only one way to find out.

I complied with the Ayurvedic plan. Lighting blue and purple candles, I chanted every morning over my rolled oats and almond milk. For lunch, I sautéed root vegetables with kale and spooned it over bulgur or barley or black rice. Instead of coffee, I drank cinnamon tea and contemplated my karma.

In a few weeks, I felt like anyone would after eating super foods for every meal. My complexion became more radiant and clear, my eyes bright. I felt balanced, vibrant, grounded; my thoughts were as simple as a Zen koan. But I still moved around the house like a chimp with rickets. Something told me not all the quinoa in the world was going to cure this.

For me, the question was not whether or not I had the disease. Modern medicine had already answered that. The more important question was about the quality of my response. If a state of self-intolerance characterized aspects of the condition, could I practice radical self-acceptance instead? Could I welcome this unwanted illness like an old friend? Could I be open to its double-edged lessons like those of a master teacher?

My rheumatologist explained my blood work indicated I had a potentially aggressive form of the disease. She recommended swift treatment to prevent joint erosion. In the coming weeks, I will most likely take her advice. I have two girls who depend on my agility, and I don’t want them to be known as the ones whose mom is in a wheelchair.

But just this morning, my daughter asked me why I didn’t use a pillow anymore. I smiled and said, “Because there are so many things we don’t yet know.”