No, really, it's plagiarism 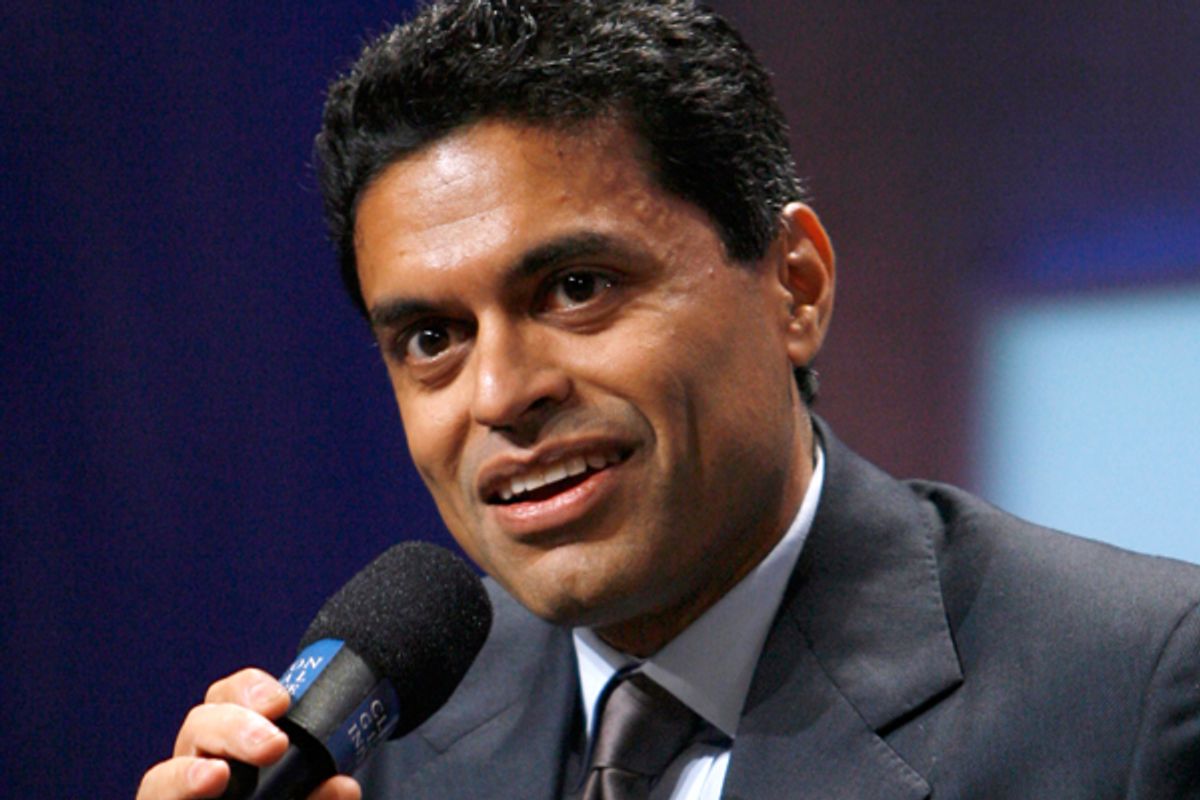 This piece originally appeared on The Panic Virus.

I won’t dwell on this for too long, but last week Fareed Zakaria was suspended from both Time and CNN for plagiarizing a portion of a column (for Time) and a blog post (for CNN) on gun control from a New Yorker article by Jill Lepore. When this came to light, Zakaria immediately apologized:

Media reporters have pointed out that paragraphs in my Time column this week bear close similarities to paragraphs in Jill Lepore’s essay in the April 23rd issue of The New Yorker. They are right. I made a terrible mistake. It is a serious lapse and one that is entirely my fault. I apologize unreservedly to her, to my editors at Time, and to my readers.

This was the classy and correct thing to do; after all, this wasn’t a close-call type of case: An entire, 68-word paragraph of Zakaria’s CNN piece had appeared, word-for-word, in Lepore’s essay. In his Time column, Zakaria changed around a few words, but he also borrowed a few more sentences. Here’s Zakaria in Time (the identical words are in bold):

Adam Winkler, a professor of constitutional law at UCLA, documents the actual history in Gunfight: The Battle over the Right to Bear Arms in America. Guns were regulated in the U.S. from the earliest years of the Republic. Laws that banned the carrying of concealed weapons were passed in Kentucky and Louisiana in 1813. Other states soon followed: Indiana in 1820, Tennessee and Virginia in 1838, Alabama in 1839 and Ohio in 1859. Similar laws were passed in Texas, Florida and Oklahoma. As the governor of Texas (Texas!) explained in 1893, the “mission of the concealed deadly weapon is murder. To check it is the duty of every self-respecting, law-abiding man.”

And here’s Lepore in the New Yorker:

As Adam Winkler, a constitutional-law scholar at U.C.L.A., demonstrates in a remarkably nuanced new book, “Gunfight: The Battle Over the Right to Bear Arms in America,” firearms have been regulated in the United States from the start. Laws banning the carrying of concealed weapons were passed in Kentucky and Louisiana in 1813, and other states soon followed: Indiana (1820), Tennessee and Virginia (1838), Alabama (1839), and Ohio (1859). Similar laws were passed in Texas, Florida, and Oklahoma. As the governor of Texas explained in 1893, the “mission of the concealed deadly weapon is murder. To check it is the duty of every self-respecting, law-abiding man.”

I bring this up only because of a Daily Beast piece in which Edward Jay Epstein admonishes the “feeding frenzy of bloggers” going after “‘gotcha’ bait” — and then goes on to argue that Zakaria isn’t even guilty of plagiarism because Zakaria credited the scholar whose ideas he was discussing — i.e., Adam Winkler. (I’m not making this up.) If copying multiple sentences, word for word, doesn’t count as “the practice of taking someone else’s work or ideas and passing them off as one’s own,” then what does?