Staunchly Catholic Paul Ryan thinks his proposed budget is in line with his faith; some religious leaders disagree 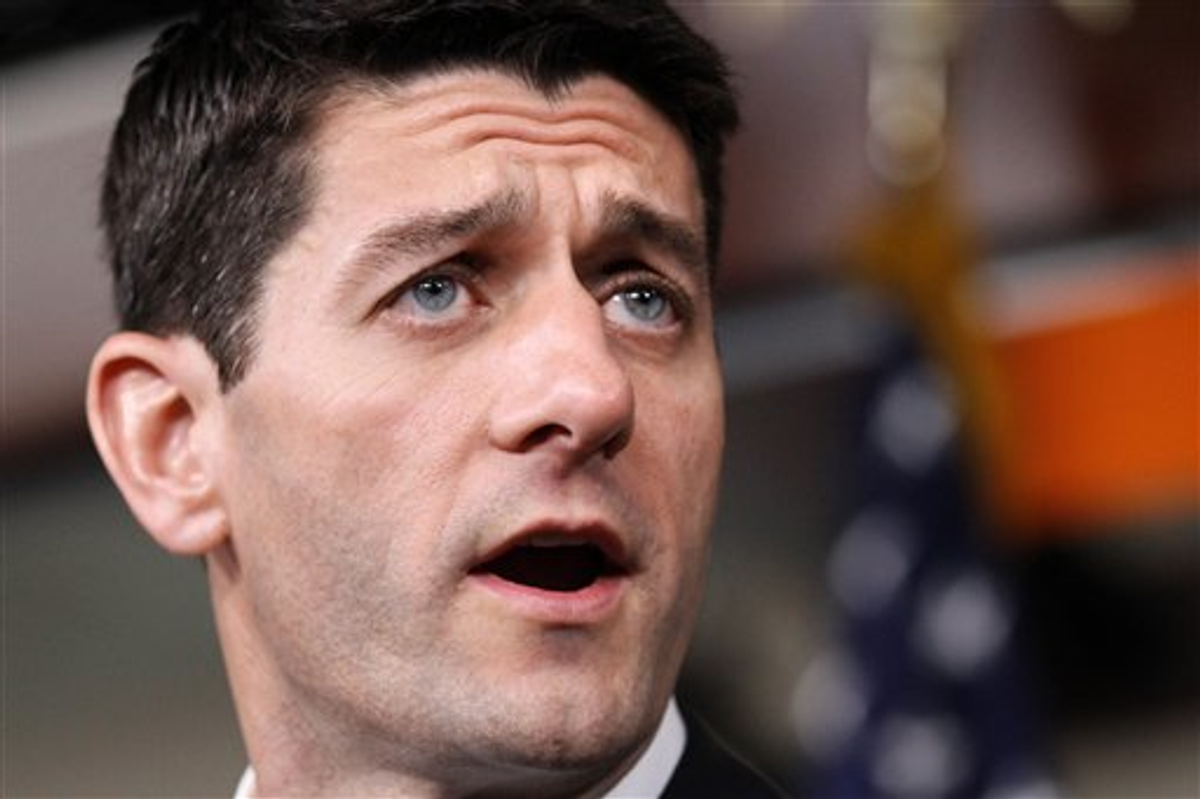 From Catholic and Protestant bishops to the 40-religion advocacy group People Improving Communities through Organizing (PICO), representatives of various faiths have shown disdain for Ryan's 2013 House Republican budget, which passed on March 29. Faith in Public Life, a strategy center for religious groups, has been documenting opposition to Ryan's budget for months. The group provided Salon with a collection of anti-budget statements and letters on behalf of religious leaders.

Ryan, a staunch conservative and Roman Catholic, has drawn ire from followers of his own faith. While Catholicism emphasizes caring for the poor, Ryan's proposed budget would cut many of the programs that do so. As The New York Times reported, Ryan's plan would trim "$3.3 trillion from low-income programs over 10 years," dropping Medicaid coverage for 14 to 28 million people and eliminating 17 percent of SNAP (Supplemental Nutrition Assistance Program), which covers food stamps.

But Ryan seems to think his plan has a Catholic sensibility. Here, in a talk at Georgetown University captured by PBS, Ryan quoted Pope Benedict in an effort to drum up support for his budget. Father Thomas Reese of Woodstock Theological Seminary at Georgetown rebuked it, saying, "You can't quote Pope Benedict to support this budget."

Ryan also spoke to the Christian Broadcasting Network in April about the role of his Catholic faith in shaping the budget: "The preferential option for the poor, which is one of the primary tenants of Catholic social teaching, means don’t keep people poor, don’t make people dependent on government so that they stay stuck at their station in life."

Some religious groups are fed up with Ryan's contradictions. The Half in Ten campaign, which aims to reduce U.S. poverty by half during the next decade, released a slew of anti-budget remarks from American religious leaders and intellectuals in March.

In April, PICO founder Fr. John Baumann, S.J., called Ryan's linking of his budget to Catholicism "the height of hypocrisy." Also that month, US News reported that a group of faculty members and priests from Jesuit Georgetown University told Ryan his budget was more Ayn Rand than Jesus Christ.

Criticism intensified in late May when 27 bishops sent Senators a letter demanding that they “consider the human costs of massive cuts to social programs and come together across partisan lines to shape a budget that defends human dignity.”

In June, a group of Catholic nuns joined the fray, touring the country “to target Republican lawmakers who voted in favor of the proposed cuts,” reported Al Jazeera’s Kristen Saloomey. Cameras captured the nuns arriving in Ryan’s hometown of Janesville, Wisconsin, to a swarm of supportive locals.

Opposition to Ryan’s budget will likely resume now that he's been named as a V.P. candidate, but it has been long simmering. At the June 2011 Faith and Freedom conference, a member of social justice campaign Faithful America chased Ryan with a Bible, urging him to take the book. “I appreciate it. I’ve got some Bibles," Ryan said as he got into a waiting car.