Mitt has no idea how to bring these numbers down, and Ryan doesn't bring any useful solutions to the table 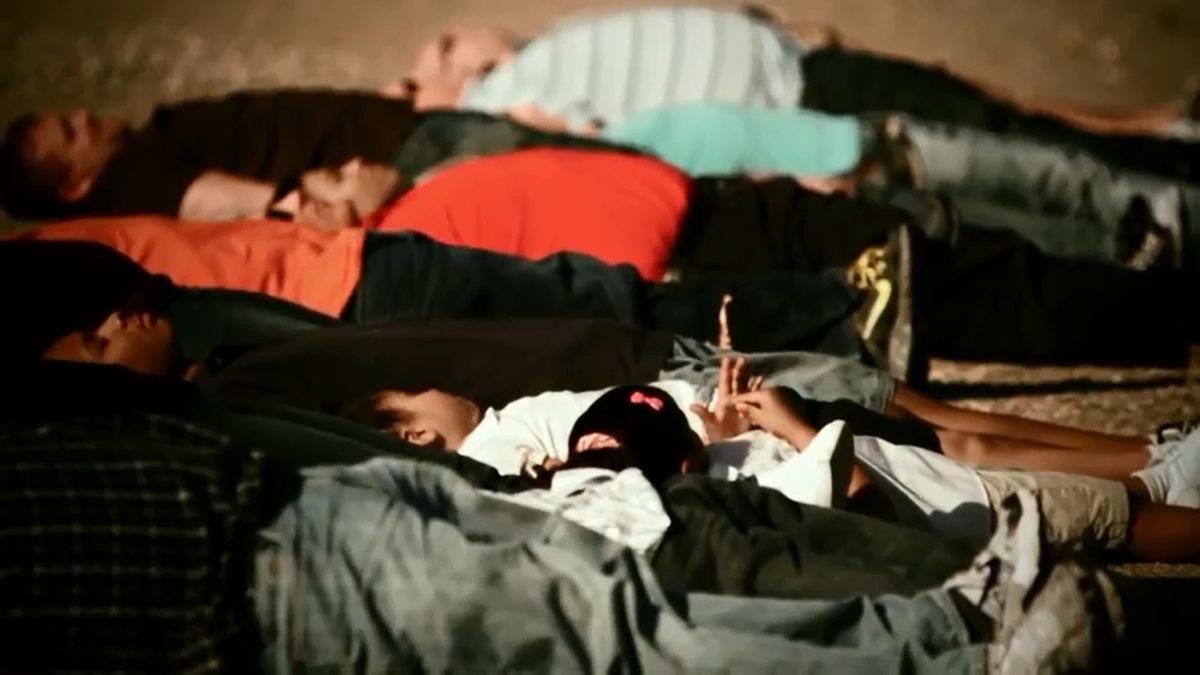 Mitt Romney aired an ad last summer titled "Bump in the Road." It attacked President Obama's record on mass unemployment by linking it to a comment he made about there being bumps in the road to economic recovery. A group of people stood on a road in a desert, holding signs explaining their years of unemployment, their student debts, and their struggling families (something not dissimilar to the We Are the 99% Tumblr that started later that year). They pointed to the real suffering that goes on beyond numerical aggregates like the unemployment rate.

I remember this ad, because I remember several liberals being worried about this type of Romney campaign. Why? Because the liberals in question basically agreed with it. President Obama was trying to make a Grand Bargain with unemployment above 9 percent. The weak recovery was accepted as a given by the administration instead of as a problem that had to be tackled. There was a lot of debate over what could be done and how, but at that point unemployment was off the table. President Obama would pivot back to jobs that fall, but it would remain a quiet priority, especially after so much time had been wasted. And it was a worry that if Mitt Romney ran a campaign that was all about unemployment all the time, President Obama would lose. I thought this was correct at the time.

That has changed with Paul Ryan now announced as Romney's vice presidential running mate. This appears to signal that the Romney campaign will move away from the previous focus on unemployment and toward arguing for the conservative transformation of the federal government and the social safety net. This move is being interpreted as a sign of weakness from the campaign, one where they are worried that their previous strategy was failing. But why was the unemployment message failing? The economy isn't much stronger, so it hasn't lost its potency. Mitt Romney's job creation record was being attacked, but that only gets you so far. I think a major reason why is because of an odd contradiction one can see from the recent "Romney Program for Economic Recovery, Growth, and Jobs" released by Romney's economics team. Romney has no actual interest in trying to bring unemployment down faster, which blunts the ability to really say anything about unemployment, but his economics team also wasn't signing off on the far-right's bizarro stimulus plans.

There's already been a lot written on how the paper distorts the research it cites. The paper claims to "speed up the recovery in the short run." How? "By changing course from the policies of the current administration and ending economic uncertainty." What are the bold policies to help those unemployed people President Obama ignored? Tax code reform, block-granting Medicaid, and repealing Dodd-Frank and Obamacare while making "cost-benefit analysis important features of regulation."

Which is to say that Romney wanted to focus on unemployment, but had no real serious plan on how to get unemployed people jobs. I can, quickly, come up with a set of conservative stimulus ideas on how to get the economy going again, but the wide range of these programs are missing from Romney's economics report. They aren't going to hire market monetarists to run the Federal Reserve. Mitt Romney just publicly said the Federal Reserve shouldn't go ahead with another round of quantitive easing. There isn't the argument that the government should just not collect taxes for a year or two with borrowing costs so low, which will also make it that much harder to raise taxes to Clinton-era rates afterwards. There's nothing in the paper about housing, even though one of Romney's advisors is well known for his mass refinancing program to help boost demand. And there's no conditional lending to states to prevent layoffs on the condition that they dismantle public sector unions, or privatize certain government services, or whatever.

Ideas have consequences, and the fact that Romney has no actual ideas for how to get the unemployed jobs means that making unemployment a big issue is only going to have so much traction with the electorate. "The long-term unemployed should vote for me so I can go after financial regulations," or "Vote for me, because I'll just ignore mass unemployment outright rather than not do enough and then pivot away" aren't political strategies that capitalize on the big vunerability Obama has on economic weakness.

Given the number of policy entrepreneurs on the right, it's almost shocking how little effort I've seen to get creative with getting unemployment down. The policy for unemployment is just a set of conservative reforms conservatives would want to see anyway regardless of the economy. And the general message seems to be that unemployment is unfortunate, but the downside risks of trying to combat it are far too high. Better to just get through this period and focus on the long-term economy. The unemployed are, in fact, just bumps in the road.

But the Romney Program document is interesting because it avoids embracing something I'll call "bizarro stimulus." These are arguments that doing things traditionally thought of as the opposite of economic stimulus will be the real stimulus and help bring unemployment down. Romney's economics team doesn't seem to want to go in that direction, yet that is the direction of the House Republicans and of Paul Ryan.

Many economists believe that the Federal Reserve should lower rates, but that a "zero lower bound" holds conventional monetary policy in check. The debate is whether and how unconventional monetary policy can help. In bizarro stimulus, the problem is that the rate is at zero. If you were to raise that rate, you would get capital going again. Here's Paul Ryan from Summer 2010 arguing, "I think literally that if we raised the federal funds rate by a point, it would help push money into the economy, as right now, the safest play is to stay with the federal money and federal paper." This is usually thought of as incorrect by most economists, but that's why it is bizarro stimulus. Ryan has also promoted bills to drop the dual mandate of the Federal Reserve, even though the problem is the Federal Reserve not taking its dual mandate seriously enough.

When the economy is weak and we are far away from full employment, we should run a larger deficit in order to boost demand. Austerity and the slashing of government spending will actually make the economy worse in these times — unless you believe in bizarro economics, under which austerity can expand the economy. David Brook wrote back in 2010, in an article called "Prune and Grow," that “Alberto Alesina of Harvard has surveyed the history of debt reduction. He’s found that, in many cases, large and decisive deficit reduction policies were followed by increases in growth, not recessions.” Though this research has many serious problems, it became part of the core of the new conservatives in the House, a group Paul Ryan is influential with. Republicans' economic policy in 2011 was all about expansionary austerity, with their JEC report making several references to the possibility of austerity being offset by confidence and certainty. Romney actually pointed out the absurdity of expansionary austerity back in May of this year, noting "I don’t want to have us go into a recession in order to balance the budget." Nobody could tell if Romney was going off message with that statement.

It's interesting that Romney's advisors don't touch either of these ideas, yet they are an important part of how the House Republicans approach the economy. Will the Ryan pick also signal that Romney will move much further to the right on economic issues? We've rarely ever had to ask if a presidential candidate agrees with the views of his vice presidential running mate, rather than the other way around, but that is now a relevant question.

Mike Konczal is a Fellow at the Roosevelt Institute. Follow or contact him at the Rortybomb blog.