World's best places to get high

What are the best and worst countries to live in if you're a drug user? 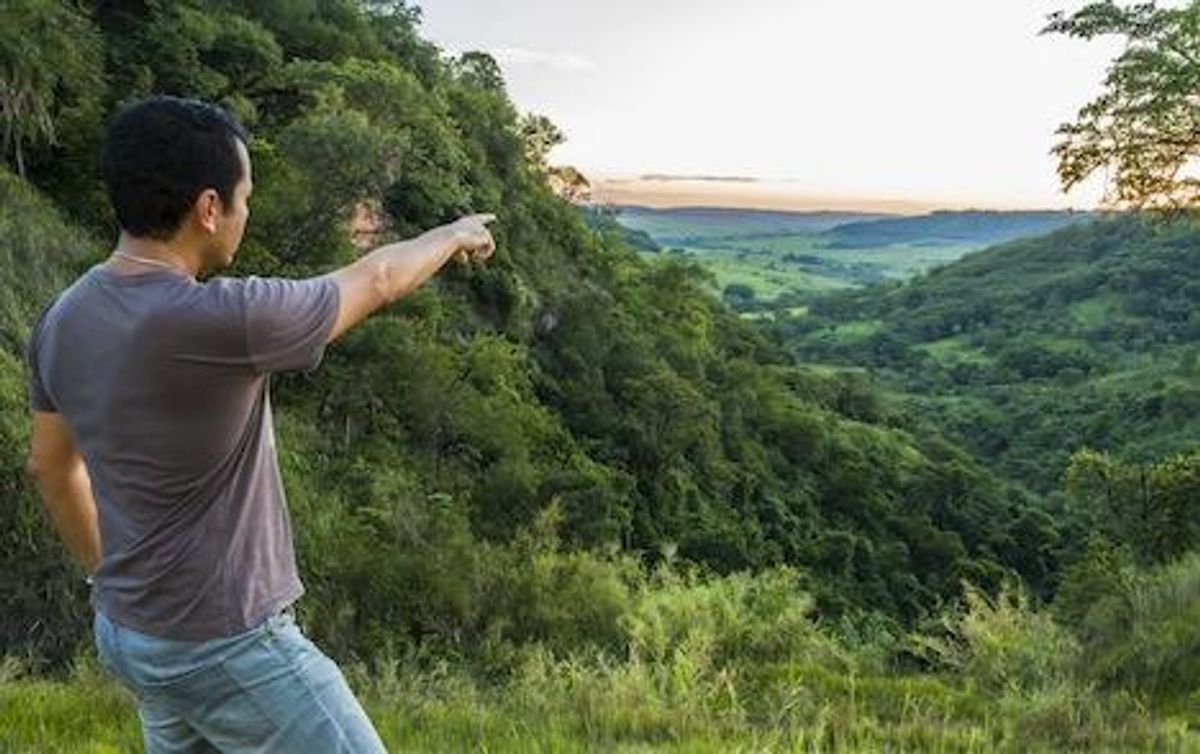 What are the best countries to call home if you take drugs? It’s a simple question on the surface, but one fraught with complexities. For many people, the best country in the world might be one that has successfully managed to prevent drugs from being available to its citizens. But since such a place doesn't exist, and never will — not even within the walls of a prison — this list considers the question from the perspective of harm reduction.

Penalizing drug users for their habits does little to curb levels of use or improve the lot of addicts; the mushrooming HIV crisis in punitive Russia is a perfect example. So where are people who use drugs least likely to end up in harsh criminal justice systems? Where can users access their drugs of choice without having to take risks in dangerous environments? And where can they get on with their lives without stigma, secrecy and shame — whether or not they ultimately decide to get clean?

5: THE NETHERLANDS Earning a coveted place in my top five — but only just — is this legendary pot smokers' paradise. That designation is set to change by the end of this year, when a scheduled ban on any tourists visiting coffeeshops comes into full effect. The contentious ban was instigated when cities in the South of the country — which, of course, doesn't include coffeeshop hub Amsterdam — complained of rising levels of drug-related crime. The law is a big pain for pot tourists (although many cafe owners are vowing to ignore it), but won’t affect Dutch nationals. And let’s face it: there's still something incredibly civilized about a country that allows its citizens to buy high-quality marijuana in settings as convivial as the quaint coffeeshops of Amsterdam, Rotterdam and the Hague. Over the years, many smokers have experienced their first trip to the Netherlands as something akin to a religious conversion — after growing up under the shadow of pot prohibition, there's a simple thrill in being able to buy and smoke it like an adult. And it’s not just marijuana: the Dutch policies of offering heroin addicts legal maintenance doses of diamorphine (pharmaceutical heroin) as well as methadone, plus widespread, long-established needle exchanges, have coincided with a decline in opiate addiction over the last decade. Still, a rightward lurch in Dutch politics is causing a steady erosion of everything that gave the country such a special place in drug users' hearts. Twenty-seven coffee shops were closed by authorities in Rotterdam in 2007 alone, magic mushrooms were banned in 2008, and a recent proposal from a government committee would have cannabis containing more than 15% THC reclassified as “hard drugs.”

4: PERU If we produce this list again in a few years' time, Latin American countries will probably dominate: there's a huge movement to decriminalize — even legalize — drugs all over Latin America right now, spearheaded by Uruguay's proposal to sell state-grown marijuana to its citizens. This is no doubt a visceral response to the bloodshed suffered during the U.S.-led War on Drugs. But in many of these nations the laws are still in flux. Gracing our top five already, however, is Peru. The home of the gorgeous “city on a mountain top” of Maccu Picchu and delicious ceviche also boasts the continent's most liberal drug laws, offering users a greatly reduced prospect of persecution or imprisonment. According to Article 299 of the Peruvian penal code, the possession of up to two grams of cocaine, five grams of cocaine paste (which produces a similar effect to crack when smoked on foil), eight grams of marijuana, a single gram of opium latex (or 200mg of opium derivatives), or 250mg of MDMA, MDA or methamphetamine for personal use is legal. But here’s the kicker: you can’t mix and match. Possession of two or more types of drugs is an offense punishable by law. So you want to smoke a few joints to chill out after ingesting your allotted 250mg of meth? Tough luck. And the application of the law is left up to local authorities — so drug-addled gringos thinking they can swan around Peru stoned out of their gourd might want to think twice. As Ricardo Soberón Garrido, a Peruvian lawyer and the director of the Drugs and Human Rights Research Center in Lima, wrote in his report, Legislation on Drugs and the Prison Situation in Peru, “Although possession for personal use has not been declared punishable by the original statutes or the subsequent reforms, the law does not establish precise criteria for police action, leaving room for police discretion, frequent cases of corruption, and abuse of persons who possess drugs merely for their own use.” Buyer beware.

3: CZECH REPUBLIC While most minds immediately turn to the Netherlands when liberal European drug policies are mentioned, the Czech Republic arguably has the lighter touch. Since 2010, the possession of up to 15 grams (or five plants) of marijuana is an offense roughly on a par with a getting parking ticket. And while selling drugs is still very much illegal, it's pretty easy to find them, in Prague above all. The 19-year-old nation's liberal approach doesn't just apply to the green stuff. Drug users in the Czech Republic are permitted to possess — without fear of prosecution — up to five grams of hash, 40 magic mushrooms, five peyote plants, five tabs of LSD, four hits of ecstasy, two grams of speed, one and a half grams of heroin, five coca plants and a gram of coke. Or, as Hunter S. Thompson might have called it, "lunch." Meanwhile, around 70% of the country's problem drug-users are estimated to maintain regular contact with a network of drop-in centers and needle exchange outreach programs.

2: PORTUGAL This trailblazing nation has made a huge success of its policy of offering drug users compassion and treatment rather than persecution (despite the objections of certain die-hard drug warriors). In 2001 Portugal became the first country in the European Union to decriminalize the possession of all drugs, from marijuana to heroin. While many feared this would lead to an increase in Portugal’s already out-of-control population of drug users, the opposite proved to be true: more than 10 years down the line, drug use is down, rates of HIV infections are tumbling, and more addicts than ever have found their way into treatment. By all accounts, scoring drugs in Portugal is no big deal: “If you want H/crack in northern Portugal [and] have any past drug using experience it is as easy as buying groceries,” says one user. And counterintuitive as it seems to some, this accessibility comes with a welcome boost to national health. Obrigado!

And Number 1: USA Who’s number one? WE are! Don't believe me? It’s quite simple: having some of the most regressive drug laws in the world makes no difference to the average American drug user. Though Nancy Reagan urged us to “Just say no,” it seems most of us decided to say yes instead. Drugs of all descriptions — from marijuana, to speed, to crack, to heroin — are widely available in every major American city, from Baltimore to Los Angeles. Not only that; they're also cheap and potent. Like a meth-crazed rhino taking on a lithe judo master, what we lack in harm-reduction-and-compassion finesse we "make up for" by sheer power of consumption. A recent study in PLoS Medicine concludes that the U.S. leads the way internationally when it comes to getting wasted. Whatever your drug of choice, you’ll find more users here per capita than almost anywhere else in the world. More users means more supply, and — in that all-American adage — more competition is always good for the consumer. And if illegal drugs aren’t your bag, don't worry: we also have skyrocketing rates of prescription drug abuse, thanks to our habit of massively over-dispensing powerful Rx narcotics. Sixteen million Americans took a prescription drug for recreational purposes in 2009 alone. And tomorrow could get druggier still: the NIDA-funded 2010 report Monitoring the Future claimed that “2.7% of 8th graders, 7.7% of 10th graders, and 8.0% of 12th graders had abused Vicodin and 2.1% of 8th graders, 4.6% of 10th graders, and 5.1% of 12th graders had abused OxyContin for non-medical purposes at least once in the year prior to being surveyed.” And that’s saying nothing of the slow but inexorable liberalization of marijuana laws, with local growers in California and Colorado producing some of the finest weed on the planet. So despite the efforts of Nancy and Ronald, Harry J. Anslinger, Above the Influence, Fix interviewee Gil Kerlikowske and DARE, we can proudly say that this is something we kind of lead the world in.

Curiously enough, despite their unenviable combinations of punitive laws, another common thread that binds these countries together is the sheer volume of drug users they contain.

5: THAILAND Here we have a beautiful, modern country with drug laws straight out of the Stone Age. Human rights abuses are widespread, and drug users are routinely rounded up, forced into labor camp rehabs, and even executed. (And if you do make it into a sincere rehab facility, you might find yourself prescribed a dose of projectile vomiting, or else unceremoniously ejected, like Pete Doherty.)

4: RUSSIA This is a country suffering from an out-of-control HIV epidemic, concentrated among the country's estimated 1.8 million injecting drug users. Yet the official response has been to ban methadone and buprenorphine, crack down on needle exchanges, and drive the problem ever further underground. Harm reduction is nearly non-existent and "treatment" organizations have even been known to enslave or lobotomize addicts.

3: IRAN A repressive regime presides over the creation of a staggering 130,000 new addicts each year. The government response has been brutal, with secret mass hangings the order of the day. It's hardly surprising that the Iranian crackdown has won support from at least one voice in the UN: Russian executive director of the UN Office on Drugs and Crime, Yuri Fedotov.

2: CHINA The country that gave us paper, gunpowder and those neat children’s toys covered with poisonous lead paint follows faithfully in the footsteps of Mao Tse Tung — who famously executed his way through the Chinese opium problem in the late '40s. Modern China’s approach to drug treatment usually involves a knock on the door from the secret police, a surprise drug test, and then two years' forced hard labor in a prison camp. Still it has little effect on the numbers of users. China's registered heroin addicts alone consume $3.26 billion of the drug annually.

1: USA We’re a schizophrenic lot, aren't we? Remember that freak-out over Janet Jackson's nipple? Yet we produce and consume some of the most extreme pornography in the world. Our placing on both of these lists is another example of our "flexibility." As well as having the best drugs, the most drugs and the most drug users, we also shamefully lead the world for our level of drug-related imprisonment. Ever since President Nixon kicked off the whole “War on Drugs” thing, the U.S. has excelled at imprisoning non-violent, low-level drug offenders. As a result, the "land of the free," home to 5% of the world’s population, holds 25% of the world's prison population — with incarcerated addicts paying the penalty for a lack of available treatment or harm-reduction programs. And that’s to say nothing of the race bias inherent in these numbers. Since 1980 the number of U.S. drug prisoners has rocketed from 41,000 to 500,000. And the worst part? It hardly seems to matter if the Republicans or the Democrats are in charge: they’re all seemingly addicted to this cruel, self-defeating war.

Tony O'Neill is a frequent contributor to The Fix and the author of several novels, including Digging the Vein and Down and Out on Murder Mile and Sick City. He is also co-author of the New York Times bestseller Hero of the Underground (with Jason Peter) and the Los Angeles Times bestseller Neon Angel (with Cherie Currie).