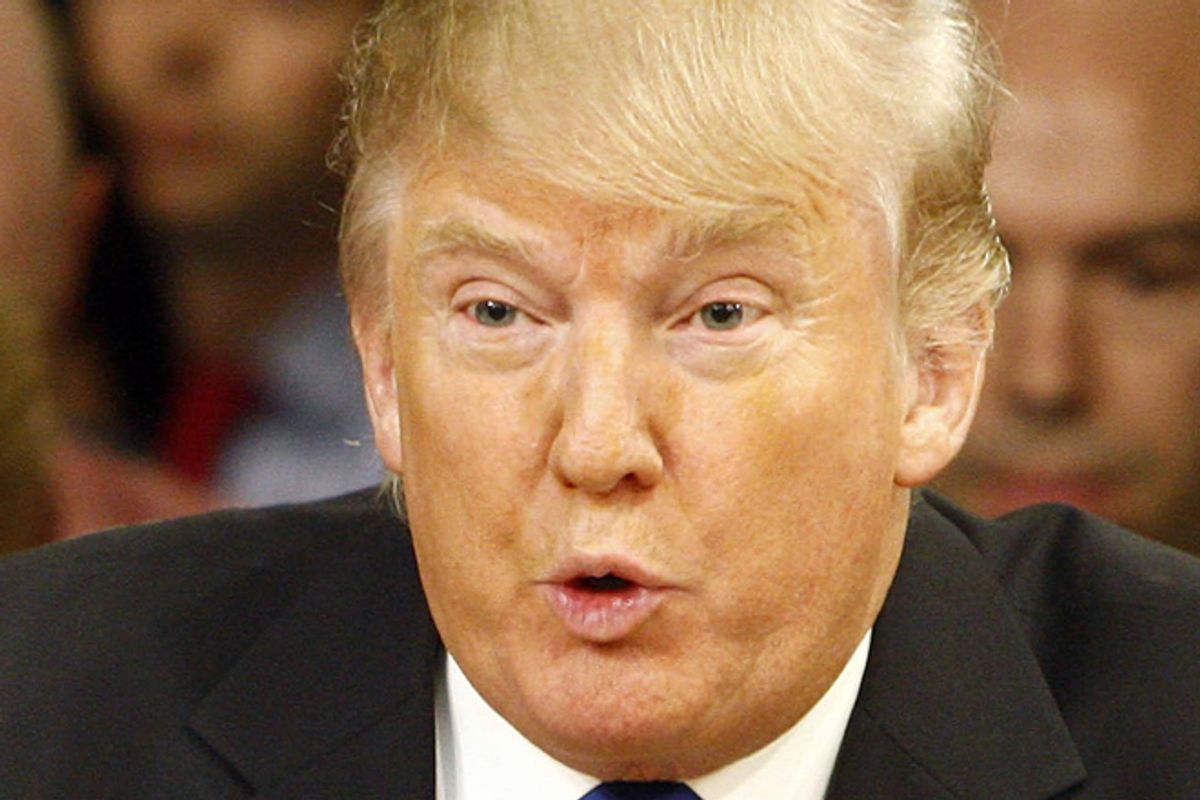 Donald Trump, an oft-bankrupt make-believe mogul clown with a television show where he pretends to fire America's saddest former celebrities, is one of the Republican Party's most prominent national figures, because he is on TV and people have heard of him. So, after flirting with a pretend presidential run in late 2011, he became a very important Mitt Romney Supporter, helping with fundraising and robocalls and so on. Also Donald Trump believes, and frequently says, on television, that the president was secretly born in Kenya and that his birth certificate is a fraud and that he's a secret Muslim who got into Harvard Law even though he's an idiot thanks to affirmative action and that Bill Ayers secretly ghost-wrote the president's first memoir. And he will have a special surprise at the Republican National Convention later this month!

Last week, Trump said, "I was asked to speak at the RNC but said no," which is Trump Code for "I begged them to let me speak and someone thought that was probably a bad idea," but to allow him to save face he claimed that he "will be doing something much bigger–just watch!"

Today I am working on my 'big surprise' for the @rnc convention. Everyone will love it.

Everyone! Anyway like one week ago Trump also Tweeted this:

An 'extremely credible source' has called my office and told me that @barackobama's birth certificate is a fraud.

So maybe that's the surprise? I mean it's a surprise that the Republican Party is actively embracing Donald Trump, a widely hated fraud who subscribes to an entire host of insane and racist conspiracy theories about the president's background, but not really a "big surprise."

The real surprise is almost definitely just going to be some idiotic video where Trump "fires" an Obama impersonator.