The Paul Ryan pick epitomizes everything wrong with American politics. We need an actual liberal to fix them 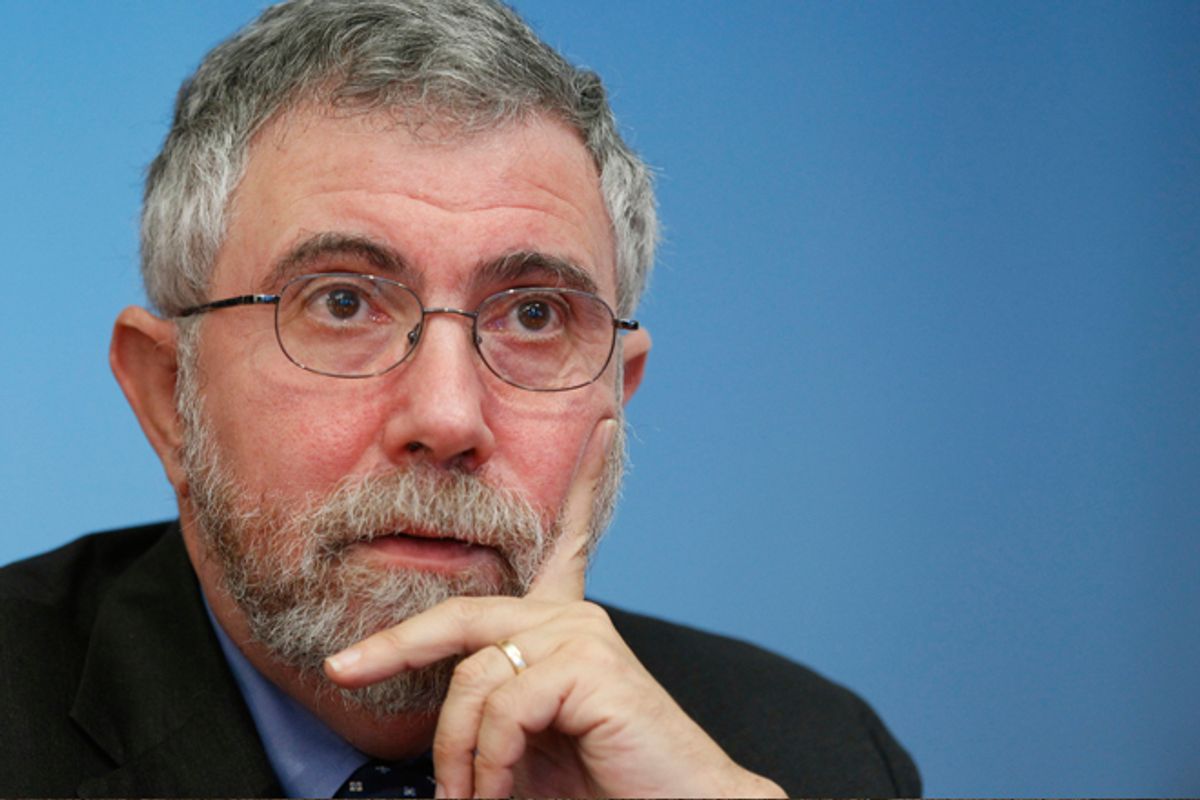 The rise of Paul Ryan is a perfect illustration of how amazingly decadent and surreal politics in this country have become. Consider what, in the context of the contemporary Republican Party, Ryan symbolizes. For example, this fawning several-thousand-word portrait in the paper of record is designed to leave us with the impression that Ryan is just an ordinary guy from small-town America.

The story is chock-full of details from flyover America – he hunts deer and makes his own bratwurst! – that convey the message that Ryan is a kind of Cheesehead Mr. Smith: a largely self-made man who came to Washington with a dream in his head and a song in his heart, and a genuine intellectual who expresses big brave ideas that the partisan squabblers in our nation’s capital should heed.

The reality is rather different.

Ryan is actually an heir to a highway construction company fortune,  which was built in considerable part with federal tax dollars.

Although Ryan has never had a real job in his life (unless being a member of Congress counts), the 42-year-old Ryan and his wife are worth several million dollars,  the bulk of it apparently inherited from their families.

Behold this remarkable effusion of praise for Ryan’s supposed economic genius, emitted by Erskine Bowles, the “liberal” appointed by President Obama to co-chair the blue ribbon commission that was tasked with coming up with a bipartisan compromise that would find some way of keeping our poor from indecorously starving in the streets, without raising taxes on the Job Creators.

In fact Ryan is, in the grand tradition of supply-side economic theory, just another glib Young Republican with good hair, who read the sociopathic ranting of Ayn Rand at an impressionable age, subsequently scrawled some numbers on the back of a napkin, and is now being duly hailed as a visionary by all Very Serious People.

I outsource the critique of Ryan’s budget proposals to the recipient of the 2008 Nobel Prize in economics:

Ryan’s economic ideas, if you want to call them that, consist of an incoherent mashup of Randian objectivism with a perverse misinterpretation of Thomist theology.  They can be reduced with no loss of intellectual subtlety to six words, which could also collectively serve as the official campaign slogan for Romney-Ryan 2012: Socialism makes the baby Jesus cry.

You want to talk surreal decadence? Paul Ryan, who wants to repeal the 20th century, is praised lavishly by Barack Obama’s “liberal” point man Erskine Bowles -- and Bowles is even now being tipped as a likely lad to take over for Timothy Geithner, as the new secretary of the Treasury.

Here’s a radical idea for President Obama: How about picking an actual liberal – just one! – for an important post in your as yet hypothetical second term?  Instead of making Erskine Bowles, singer of Paul Ryan’s praises, Treasury secretary, how about appointing Paul Krugman to that spot?

Of course, Krugman is considered a radical leftist in Washington these days, because he believes in mildly progressive income taxes, and that it’s not a good thing to allow America’s social and economic system to become the equivalent of a banana republic on steroids.

As much of the media swoon over Paul Ryan’s riches to greater riches story, it wouldn’t hurt for Obama to do something to assure people that he understands debates over economic policy ought to include voices from outside a spectrum of conventional Washington wisdom that currently includes everyone from the right to the extreme right.