Armando Iannucci, the creative curser behind "Veep" and "The Thick of It," says liberals have D.C.'s foulest mouths 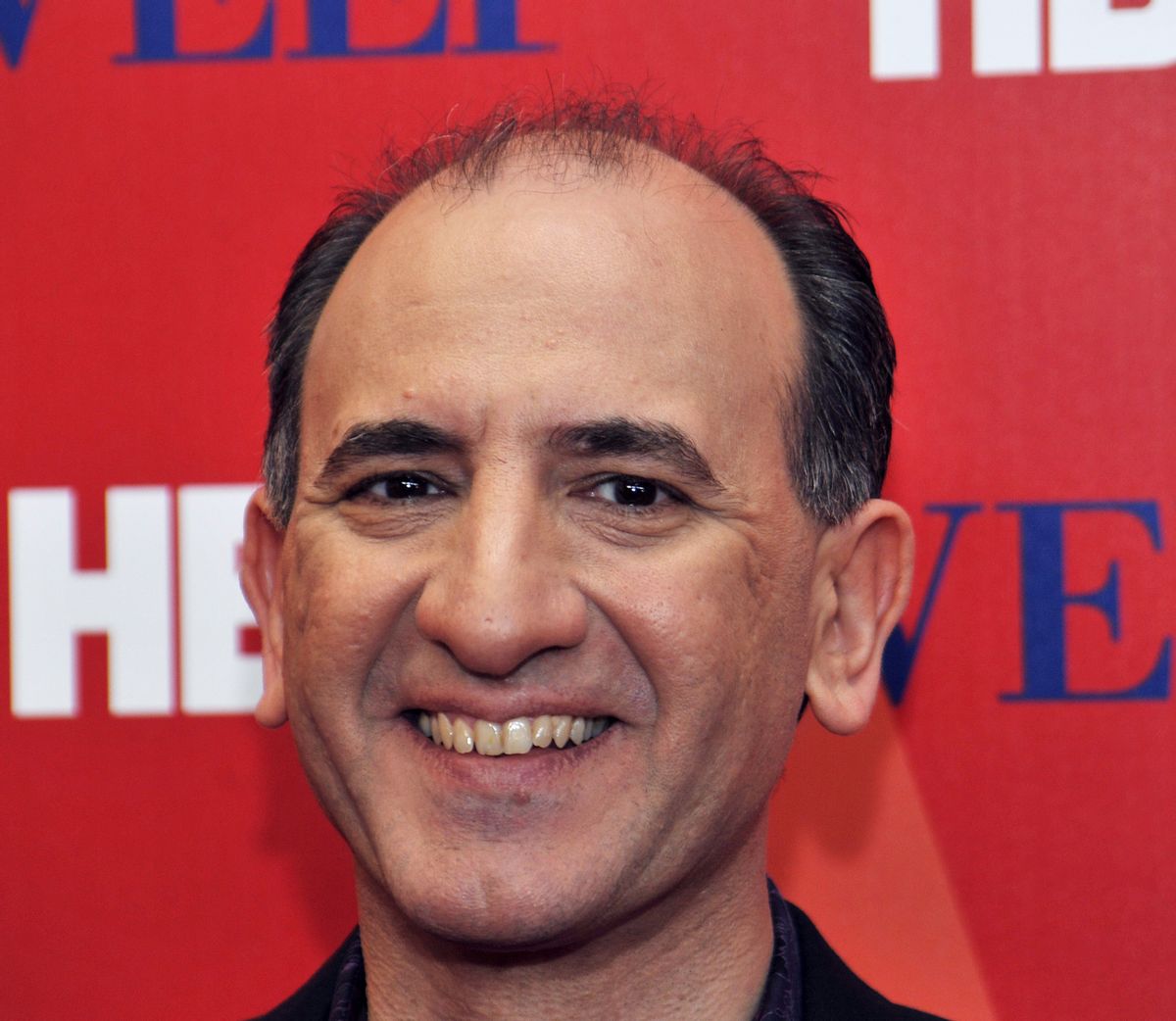 The brash political satire of HBO’s “Veep” grew out of Armando Iannucci’s scathingly funny “The Thick of It,” which has chronicled the inept inner workings inside the British government and the efforts of scheming media handlers to furiously spin the truth.

Three short seasons and a couple of specials since 2005 have led to British comedy awards and a fervent following -- and a BBC America run that clipped much of the saltiest language from its political backrooms.

Now, the entirety of “The Thick of It” to date has been made available uncensored on Hulu, which also plans to stream the new episodes from fall’s anticipated fourth season concurrent with the BBC.

He talked to Salon about why Democrats swear more than Republicans, the compromises politicians make to retain power and the differences between British and American politics.

"The Thick of It" has been running on British television for some time.

Yes, over a long period, but there’s not too many episodes. We only do a series every three years, probably, so it feels like the characters have been running for about seven, I think.

How accurate is the chaos?

Before we start writing, I do speak to people who work in these situations or they have just left and they are happy to talk, and I am told that there really is a sort of slightly shambolic, chaotic feel to the coalitions -- decisions being rushed, policies being made, the response to bad headlines, and then a policy being dropped and an awful lot of apologies: "Oh, we didn’t get that right, did we? We’re all allowed to make mistakes." Which is kind of the scenario for the last two years.

There’s no end to the mistakes of politicians, right?

You’ve got to look like you’re doing something, but you haven’t the money to do anything really. It’s like having a very small amount of water in a bucket but splashing it around to make it look like you have more.

Did you do a lot of similar background research for "Veep"?

I did a lot, but I had also for my movie set in the State Department [“In the Loop”]. Then I came out for more research. And I found it very amenable. We got shown around the West Wing, the State Department, the Senate majority leader’s office, the speaker’s offices, Pentagon. But it’s not a documentary. We’re not out to expose scandals or corruption. I want to know the dull facts: What time do you get in in the morning? What time do you go home? What’s the office look like? What annoys you most on a daily basis? That sort of thing. And out of that, you can build up a picture of what working in these environments is really like.

How different were the power centers in D.C. and in the U.K.?

I think somebody said there are 800 people there and those are the ones who have power. Every two years or four years, there’s a slight shift of who’s in power, but fundamentally it’s those 800 people.

Was it as ripe for humor as anything you’d seen in England?

Well, I feel I haven’t seen it done here in such a frenetic way. I think there’s different aspects to the comedy here. I think it’s the frustrations of the fact that you think you have something through and there’s another aspect of government that could block it, the competing parties, the pressure of the lobbies, the whole thing driven by money and fundraising and the continuous electoral cycle that you have every two years.

It’s also, I suppose, the opposite of what’s happening in the U.K. Here the parties are divergent and trying to define themselves as how unlike they are from the other. You get people standing and saying, "I blocked this. I stopped that from happening. I said no to this." They market themselves on how much legislation they prevented from happening. That’s the main principle by which the election is decided; it implies there’s not much happening, that not much is getting done.

What kind of feedback did you get from the first season of “Veep”?

I had a lot of people in D.C. saying it was quite accurate. I saw a thing on the Internet yesterday that said it showed that D.C. was one of the sweariest towns in America. The people who work in the V.P.’s office but also in government have commented on how accurate it really is.

Its salty language was a highlight.

We did a bit of swearing research. Democrats swear more than Republicans, apart from Republicans who are on the business side of things, apart from the evangelical Tea Party right. And the State Department is less sweary than the Pentagon, which is the supreme swearer -- it’s full of military. And the West Wing is very sweary.

You’ve come up with some pretty elaborate curses, and in fact hired someone whose sole job is to create more colorful ones.

Only because we don’t want it to be boring, so we have to make each one sound more original than the previous one.

So having the unbleeped version online will make a big difference.

Oh yes, bleeping it takes away one aspect of the series that’s very much in the spirit of the series, so it’s nice to be able to get it out as it was. All the bleeping interrupts the rhythm of the language.

Streaming the fourth season simultaneously when it premieres in the BBC may prevent online piracy. Had that been a problem?

Well, there’s quite a lot of it that gets up on YouTube. And I don’t mind that because it allows some people to see it who would otherwise not see it. But I’d rather I got paid for it, or I’d rather people get to watch in a proper setting. And also be able to watch the whole lot, to see the whole start to finish, from Season 1 right through to the latest. That way, you can see the cast visibly age as it goes from series to series.

Is online the way to go for innovative shows?

It’s one way. I think just watching how my kids watch content, for want of a better word. They don’t really care where a program is made or what network it’s on, they’re just after the program, so they’ll download it, or they’ll watch it on that network or they’ll call it up on this.

I made some stuff last year that went up on YouTube and it was the first time my son thought what I did was cool. It’s not the telly stuff. He was like, "You made some stuff for YouTube!"

What can we look forward to in the fourth season this fall?

Malcolm Tucker and Nicola Murray are now in opposition, so they’re out of power; we  have a new government, a new party in power, they’re called the coalition, so there’s strains of that. Plus Malcolm is frustrated being out of power and trying to make his leader more electable, or his party more electable.

And we see what happens when a government in the first episode has a policy that’s so unpopular that they quickly drop it, because the minister can’t explain it, it’s too complicated. So this series is less about how the media picks up stories and more about the compromises different parties have to make to get power.

I was thinking that when Mitt Romney visited London and made his gaffe at the Olympics it was like your two worlds colliding.

I know. I think British Airways was preparing a plane for him, but with a dog basket on top of it.

The first three seasons and two specials of “The Thick of It” are online at Hulu. Season 4 begins there in the fall.