How did the creator of "The Fresh Prince" become America's foremost political satirist and teller of dad jokes? 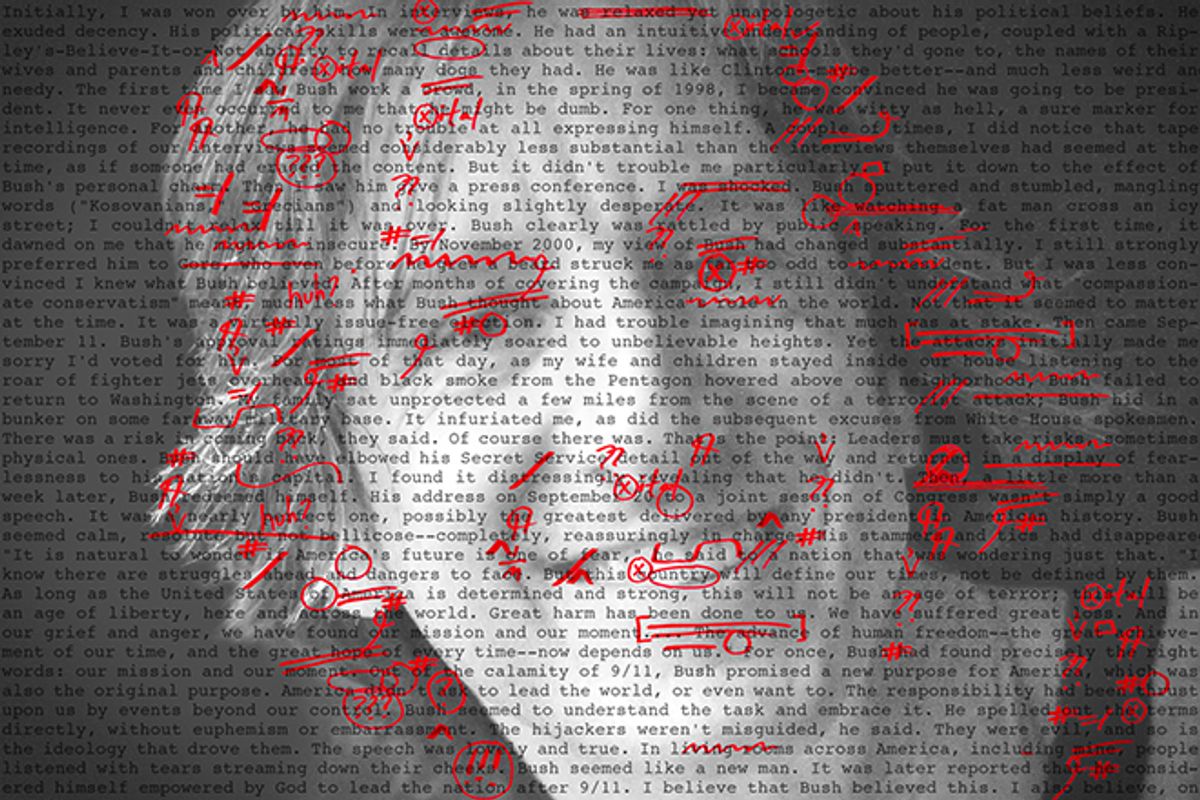 Andy Borowitz makes dad jokes for self-satisfied liberals. If you think Sarah Palin is stupid and Mitt Romney is rich, Andy Borowitz has some jokes that will decidedly not challenge a single one of your prior assumptions!

For some reason the man who created "The Fresh Prince of Bel-Air" is now America's foremost political satirist. Except he's not actually a satirist, he's a parodist. As a parodist he falls very short of the standard set by, say, (true American treasure) Weird Al. His milieu is "fake news," which is a very crowded field. But Borowitz is a one-man fake news machine, producing with soothing predictability an endless stream of topical jokes and sentences that resemble jokes, for Twitter ("Romney: 'It's time to transform America, and Paul Ryan and I are both Transformers.'" I think the joke there is that Romney and Ryan are robotic. Or maybe that they're evil?) and his new home at the New Yorker.

Before he was a microblogging humorist, Borowitz was a very successful television writer and producer. He wrote jokes for some of the worst sitcoms of the 1980s, from "Archie Bunker's Place" to "The Facts of Life." (Before that, of course, he was a Harvard Lampoon editor.) The '80s Sitcom Hack still shines through when he goes for the cheapest possible joke. Like this collection of groan-inducing gags about Jenna Jameson's endorsement of Mitt Romney -- which was already a joke. Or this "Obama joke" -- possibly the worst Borowitz joke of all time? -- he shared on CNN in 2008: "Last night my wife said we can't have sex and I said Yes We Can." Wooooooooof. Take my New York Times Weekender subscription, Internet connection and HuffPo login, please!

Borowitz's biggest success, and the reason he could devote himself full-time to writing a newsletter for his friends that grew into a tiny comedy website that was eventually folded into the New Yorker, was "The Fresh Prince," which NBC assigned him to create because he was the only youngish person they could find for its Will Smith project. (It is so, so Hollywood that a 32-year-old white Harvard grad son of a corporate lawyer and art historian from suburban Ohio was selected by a major network to create and produce a comedy vehicle for a young black rapper from Philadelphia.)

We children of the 1990s have fond memories of "The Fresh Prince," so let's say Borowitz deserved the millions he's likely made since that show began being syndicated. But all the Carlton Dances in the world don't excuse writing a whole book based on having come up with the not actually funny and honestly offensive (and so hacky) title "Who Moved My Soap." (It's about CEOs going to prison, where -- get ready to laugh! -- they may get raped.)

I am not a comedy expert, and nothing is less interesting than listening to any self-proclaimed comedy expert expound on comedy, but I thought it was at least generally agreed that the best humor involves the element of surprise. Borowitz never surprises. Let's analyze his Supreme Court healthcare decision jokes: 1. Romney used to like healthcare and now he doesn't anymore! 2. Obama is happy about this and he also killed bin Laden! (Not sure this one's a joke.) 3. Scalia is pretty conservative and conservatives have inconsistent beliefs about how government can and should exercise its authority over citizens! (That might be giving that joke too much credit.) 4. Mitch McConnell says some crazy stuff about the Democrats! 5. John Boehner is a Republican and therefore a heartless miser! I can't imagine any of these making it to air on "SNL's" Weekend Update. Maybe Leno's monologue for the ones that aren't too left-wing.

This material is designed to elicit a smirk of recognition and agreement from your average polite NPR listener. I'm not one of those insufferable men (always men) who think comedy needs an "edge" to be funny -- James Thurber had no "edge" -- but I do think topical political comedy needs to have a bit more bite behind it than "those birthers sure are silly." (The Onion's best political stuff has always had a sort of despairing moral outrage that Borowitz never approaches.) Those nutty conservatives, what rubes!

To Borowitz's credit, he's not quite Jay Leno. He has a point of view. It's not entirely dissimilar from my point of view and likely yours. He'll call Republicans assholes, he hates the NRA, but like a true comic hack he saves his most savage material for his least important targets: tabloid celebrity culture and those damned Kardashians. The Kardashians are to topical comedy writers in 2012 what John and Lorena Bobbit were to hack comedians in the early 1990s. Just say the name and get a laugh! Doesn't it suck that the Kardashians exist? Don't you hate that for some reason? (Probably because you're old and you consider your upper-middlebrow cultural choices morally superior to the cultural products designed for others.) Hey, remember Paris Hilton? Haha Paris Hilton!

Really, Borowitz is perfect for the comfortable old liberal readership of the New Yorker, so long as no one wants to even slightly challenge or surprise them. Here's a report from Harry Smith on that funny young man Andy Borowitz, for CBS News, the official News of Old People who aren't angry Fox viewers. Look at the grinning audience of gray-haired Manhattanites cracking up at Borowitz's live routine 30 seconds into this: There's his audience.

Here's the patented Andy Borowitz Joke-Generation Formula: Step 1: Take the single most obvious and most commonly remarked-upon trait of a public figure. Step 2: Lightly tweak figure for said trait. Take, for example, this vintage Borowitz Report laffer from 2004: "Flip-flopping may have injured Kerry's shoulder." Haha, get it? Oh, sometimes there is a Step 3: Mash up the news figure story with a popular culture reference, for added hilarity. Like, what if Saddam Hussein had a brother named Jermaine who defended him on "The Larry King Show"??

Let's try some of our own!

Unlike many (most) of the others I've written about on this increasingly unwieldy list, Borowitz isn't a rotten human being, a shameless propagandist, or a warmongering liar. He seems like a very decent person whose primary crimes are being responsible for hours of bad television and being incredibly bland. I just think he should probably work a lot less. It would be good for my Twitter feed, for the New Yorker, and for America. And for him! The struggle to come up with a new Fake News Article every single damn day seems increasingly like a joyless slog for the poor guy. One of his very first New Yorker blog posts seemed phoned in. (Romney will pick Rich Uncle Pennybags, from Monopoly, as his running mate, because Romney rich etc etc.) Breaking: Fake news writer makes me sad :(