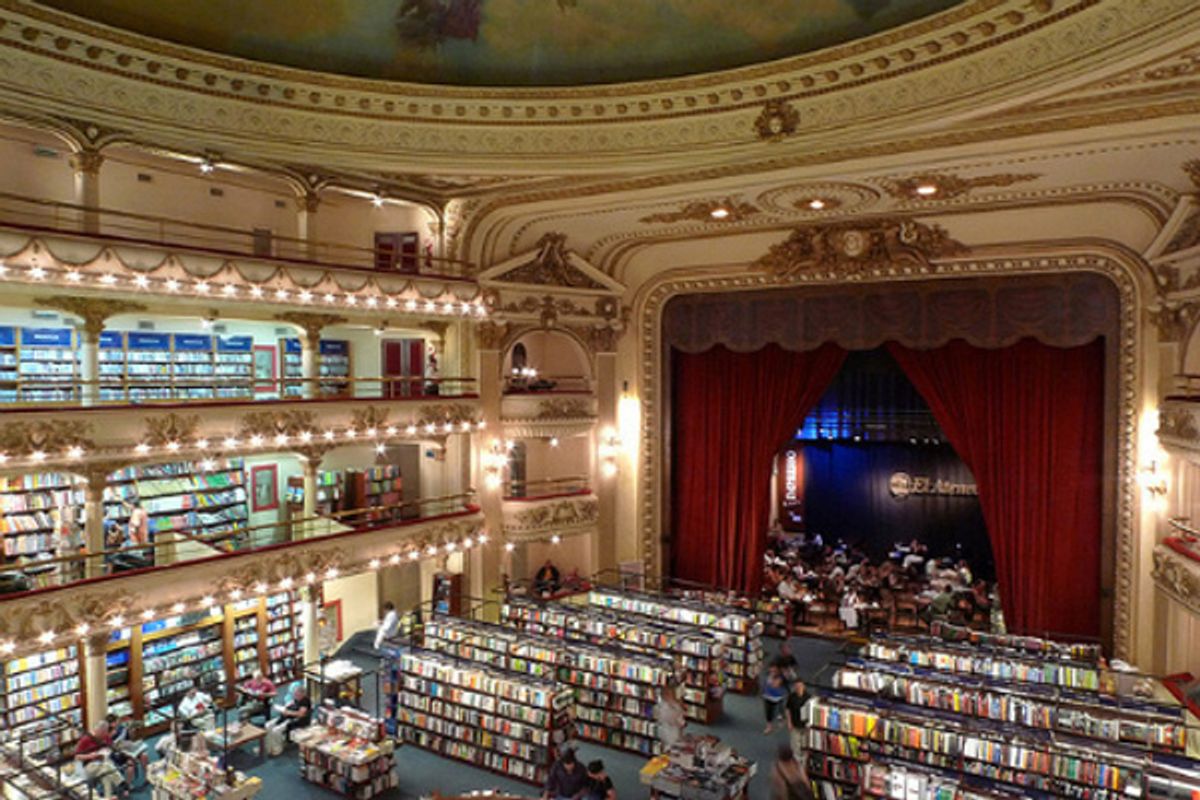 Arts and culture are on the fiscal chopping block in the U.S., but not in Buenos Aires. The New York Times reported that the literary city – Granta magazine recently included eight Argentines on its list of 22 best young Spanish-language novelists – has awarded pensions to at least 80 writers.

Monthly stipends can near $900 and are intended to boost “often meager retirement income.”  To qualify, writers must be 60 or older, have lived in Buenos Aires for 15 years, and written five or more books of fiction, poetry, plays or literary essays for established publishers. What's more, independent publishers in Buenos Aires are eligible for subsidies and the city offers “tax exemptions on book purchases.”

The program was reported as Mitt Romney revealed to Fortune Magazine his plans for reduced spending, taking sharp aim at prominent cultural institutions.

“So first there are programs I would eliminate,” Romney told Fortune, before naming subsidies for PBS, the National Endowment for the Arts and the National Endowment for the Humanities. “I very much appreciate and like what they’re doing,” Romney said, “But I just think they have to stand on their own rather than receiving money borrowed from other countries, as our government does on their behalf.”

As the Huffington Post reported, the U.S. government gives $444 million per year to PBS’s parent organization, the Corporation for Public Broadcasting, and $146 million to the National Endowment of the Arts.