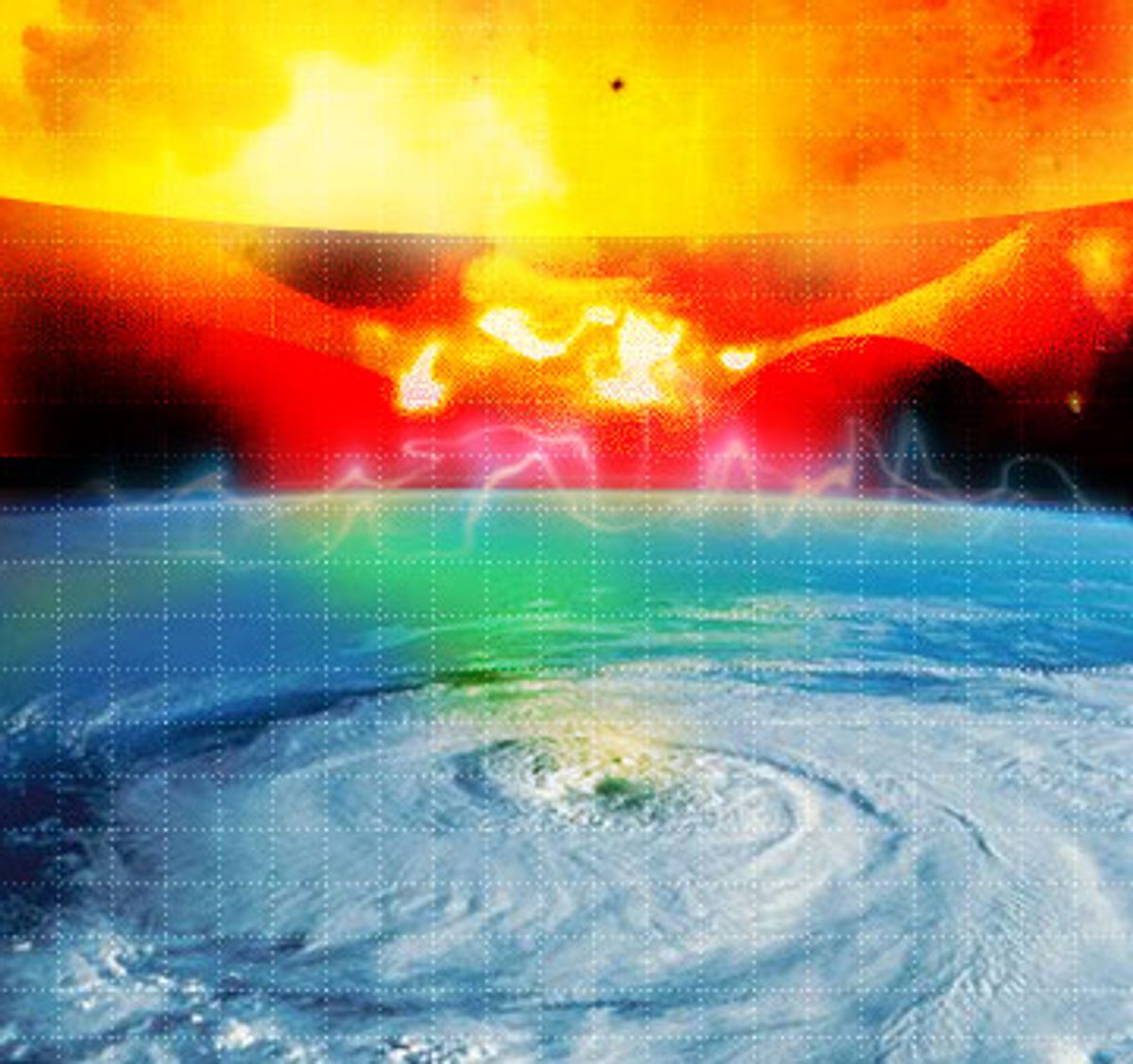 LIMA, Peru — With global food prices spiking thanks to the US drought, El Niño was the last thing the world needed.

But now meteorologists are warning that the phenomenon, which sees unusually warm waters in the Pacific cause freak weather from California to Australia, is under way.

In the last 10 days, the national weather agencies of the US, Japan, Australia, India and Peru, among others, have confirmed the first effects of El Niño in the eastern Pacific.

In the past, El Niño has caused massive disruption to agriculture around the Pacific Rim.

In a statement, the Climate Prediction Center, a US agency of the National Oceanic Atmospheric Administration, said it now expected the early signs to develop into a full-blown El Niño during August or September as higher water temperatures translate into warmer air currents.

That is expected to inject new levels of uncertainty into global food markets as heat waves and drought grip the eastern Pacific while increased rains, and some flooding, could hit the Americas.

“It is a mild El Niño but that doesn’t imply that its effects will not be felt,” Concepcion Calpe, chief economist at the United Nations’ Food and Agriculture Organization (FAO), told GlobalPost.

“Stocks are at very low levels of certain crops and any bad weather or other shocks in the next few months could lead to price volatility.”

Although global rice stocks are relatively healthy at the moment, corn, soy, sugar and wheat production have plummeted thanks to the unprecedented drought that has hit much of the United States.

The crisis has been so intense in the Midwest, with entire harvests lost due to the lack of rain, that it has prompted the Obama administration to buy up $170 million of pork, chicken, lamb and catfish to hand out to stricken farmers and their families.

And it has seen the FAO’s food price index, based on a basket of international agricultural commodities, rise by 6 percent in July, a hike also powered by an unexpectedly poor wheat harvest in Russia.

That is expected to hit the poor hardest with fears that millions, particularly in the developing world, will be unable to afford bread, tortillas and other basics.

There have even been calls for Washington to suspend the requirement for 40 percent of the US corn harvest to be used for bio-fuels, although that is seen as unlikely in an election year with several Midwestern states hanging in the balance.

The India Meteorological Department was among those warning that El Nino could hit national agriculture. It predicted that the phenomenon would likely reduce rainfall in the second half of the monsoon.

Yet the precise implications of El Niño remain far from clear. Calpe said increased rains in parts of Argentina, one of the world’s great breadbaskets, could even boost yields and help it compensate for lost production on the other side of the Pacific.

And El Niño might also help farmers in Chile recover from devastating drought that has hit swaths of the South American country.

Meanwhile, although the increased rains triggered by El Niño in North America would come too late for this year’s harvest, they would likely help US water reserves to recover ahead of the 2013 agricultural season.

However, there have also been warnings that the El Niño developing in the eastern Pacific may be too weak to reach the shores of Chile, Peru and Ecuador.

If that happens, global food supplies could suffer harvests ravaged by drought in the eastern Pacific, from India to Australia, without the compensation of greater yields in South America.

“If it reaches Peru, there will be more rain, although we will need to see how far it advances across the Pacific,” Ena Jaimes, climatology director at SENAMHI, Peru’s national weather bureau, told GlobalPost.

“There have been El Niños that have not reached South America and this one is showing signs that it will be similar.”

She added the global El Niño now beginning to emerge is understood to be distinct from a localized warming of waters off the coast of Peru, earlier this year. Those higher sea temperatures were blamed for the disappearance of fish stocks and the ensuing deaths by starvation of thousands of seabirds.

Normally, El Niño occurs once or twice a decade, for reasons which scientists are still struggling to understand.

Its effects are typically most marked around Christmas, resulting in its name — Spanish for “the boy child” — derived from the infant Jesus, and thought to have been given to it by Ecuadorean and Peruvian fishermen in the 19th century.

The opposite effect, known as La Niña (the girl), sees increased rain in the eastern Pacific but drier conditions in the Americas. The region swings back and forth between the two in a process scientists have called the El Nino Southern Oscillation, or ENSO.

The most damaging El Niño on record occurred in 1997-98 and is believed to have caused the deaths of 2,000 people and $33 billion of property damage.