A USDA report says the U.S. will grow plenty of corn in 2012, but use and growing methods mean prices are high 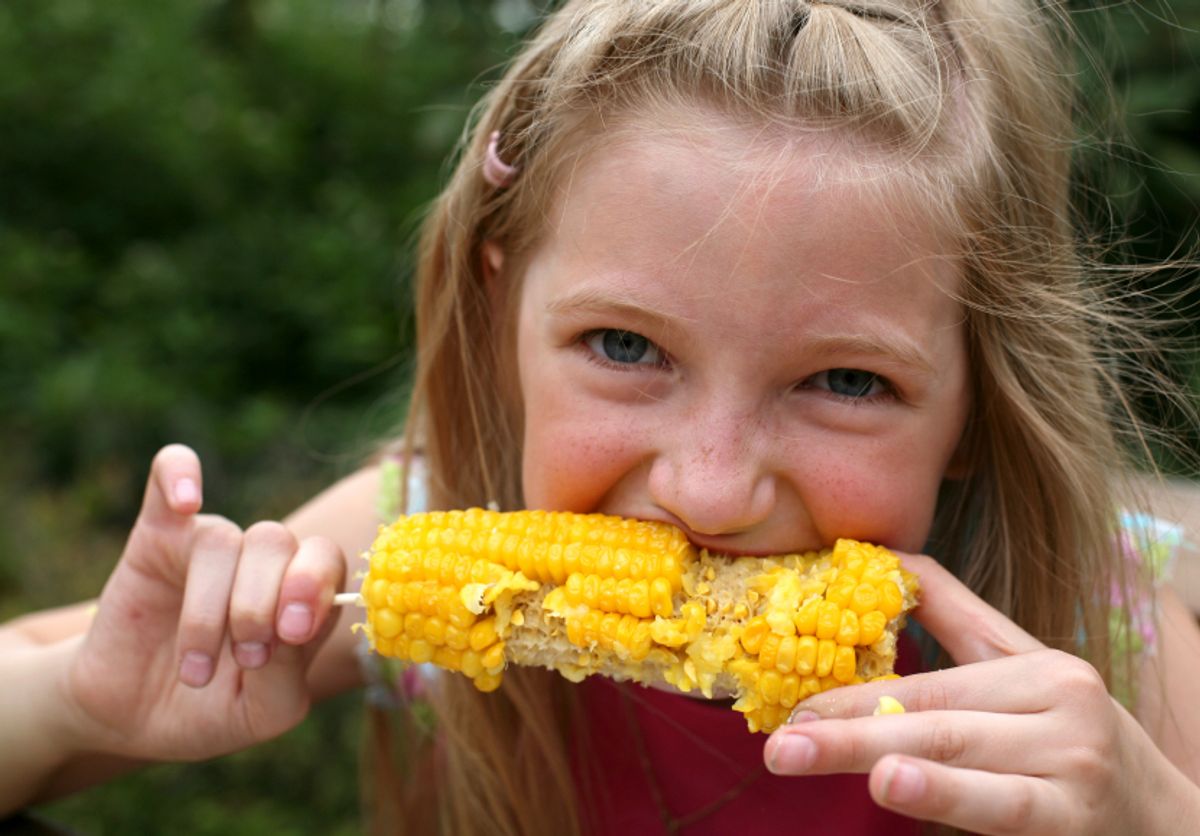 Last week, the United States Department of Agriculture released a report on the state of the country’s corn, and the verdict is not good. The report—the first that estimates production based on surveying the fields of U.S. farmers—shows that farmers are on track to produce 10.8 billion bushels of corn this year, a 17 percent drop from last year. This summer’s drought has parched King Corn: some ears have only a few sweet kernels to offer, others droop, brown and defeated.

10.8 billion bushels is still a lot of corn. The USDA report notes that this year’s harvest could be the smallest since 2006. What it doesn’t point out is there are only two years in U.S. history prior to 2006 where the country produced more corn than it will produce this year. Those years were 2004 and 2005.

Even with the drought, America will grow and harvest more corn in 2012 than in almost any time in its history.

But, the near-record crushing 10.8 billion bushels isn’t enough to keep corn-happy Americans well-fed. Corn prices are higher than ever, and corn-based foods like meat, cereal, and anything made with corn syrup are going to get more expensive. To understand why this year’s corn harvest is such a disaster, it is necessary to look at the unprecedented way the United States is using and growing corn.

Over the past seven decades, American farmers have become increasingly efficient producers of corn, using less land to reach higher crop yields. But in 2012, corn isn’t just what’s for dinner—it feeds cars, trucks, and planes too.

Ten years ago, about 10 percent of the country’s corn crop went into making ethanol. Now, 40 percent does, and in 2010, for the first time ever, more of the country’s corn was turned into fuel than was fed to livestock. To feed that demand, American farmers planted more acres of corn this year than in any year since 1937.

In 1937, however, total production came in at 2.35 billion bushels of corn — about a fifth of 2012’s projected production. Yield came in at 28.9 bushels per acre. In the intervening decades, agribusinesses have developed pesticides, chemical fertilizers, and genetically modified plants that allow each acre to produce more corn. This year, even with the drought, the average yield for corn is expected to be 123.4 bushels per acre, the worst yield in 17 years sure, but also a better yield than in any year prior to 1992.

The increased demand has finally surpassed our ability to produce it, and completely altered our expectations of corn yields. And climate change promises more years like this one, a reversal of the steady increase in commodity crops produced that has characterized American agriculture for decades.

A change in the country’s agriculture system isn’t necessarily a bad turn of events. America’s unhealthy obsession with corn has galvanized healthy food advocates, who argue it’s warping our diet, and agribusiness opponents, who argue that growing as much corn as possible has led to the overuse of pesticides and the spread of genetically modified crops. Lower corn yields could perhaps force America to face up to these problems—to eat less meat and more vegetables, while depending less on corn-based everything.

The problem is that lower yields won’t necessarily make farmers abandon the system that elected corn king of American agriculture. They’re more likely to expand—to find more land on which to grow corn, at lower rates per acre.

To keep the country from turning into one giant cornfield, two options remain: keep yields high or cut demand for corn. There are ways to try to boost production in ever-more frequent drought years. Instead of rigging the genes of corn plants to resist poisonous pesticides, researchers are working on rigging those genes to resist drought. This tinkering doesn’t turn corn into a cactus-like plant, capable of surviving the most dread heat. But the modified corn can make it a few weeks longer in blistering conditions. The hope is it will be long enough for some rain to fall.

Organic farming techniques also show promise. The Rodale Institute’s been running an experiment for decades in which conventional and organic commodity crops are grown side by side and the yields measured, and they’ve found that, in dry years, the organically grown crops yield more.

But it’s not clear that those strategies could keep yields as high as they are now. But they don’t need to be. Demand for corn is so high in part because so much of it is going into ethanol production. It’s never been clear that corn-based ethanol was a smart technology to pour money into and now it’s edging towards obsolescence. Corn-based biofuels aren’t particularly energy-efficient, and pouring less of the country’s corn crop into fuel production will lighten demand in years when corn crops do badly—like now. Corn-based ethanol could soon be replaced by next-generation biofuels, made from switchgrass or algae, and renewable energy experts, like Amory Lovins at the Rocky Mountain Institute, argue that even cellulosic biofuels should be used sparingly, for vehicles like trucks and planes that can’t be electrified.

It’s nice for corn farmers to have an additional market for their product, but this year’s drought has made it politically palatable to oppose ethanol: Americans don’t like giving up their cheap meat, and a bipartisan group of Senators , led by Ben Cardin (D-Md.) and Tom Coburn (R-Okla.) have taken the opportunity to speak against the ethanol mandate, in the form Senators know best—a strongly worded letter to the EPA. It’s not much, but it’s enough to have the ethanol industry jumping to defend the current system.

This isn’t to say we should take all the corn we can grow and turn it into hamburgers. But it’s not often that Americans are forced to acknowledge that this country’s resources are in fact limited, and that we can’t have everything we want, all at once. Perhaps it’s too much to ask that they also recognize climate change is only going to make those limits more obvious.