A photo of a shirtless Paul Ryan is taking the Internet by storm. Why are we so enthralled by politicians' torsos? 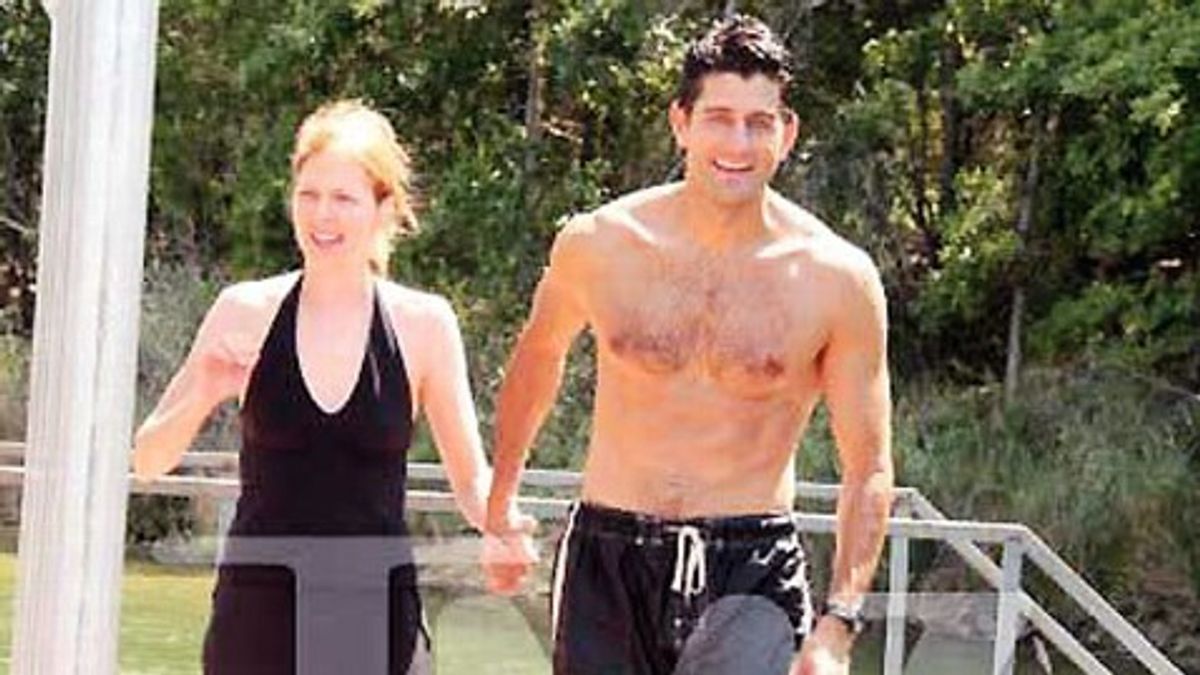 The entire Internet is losing its collective mind over a shirtless pic of vice presidential candidate, and fitness freak, Paul Ryan. Before the photo was even uncovered by TMZ, “Paul Ryan shirtless” began trending on Google. We the people really, desperately want to see the 42-year-old’s legendary midsection.

Feverish coverage of the congressman’s grueling P90X workout routine, and reports of his 6 to 8 percent body fat, have helped stoke the fire. So too have his good looks: Media outlets from TMZ to the New York Times have waxed poetic this week about his sex appeal. There’s also the fact that some see his physique as rock-hard proof of his true character: As my colleague Willa Paskin said, it’s like people are thinking, “He really must be as disciplined and serious as he pretends. Look at those abs! Those are not the abs of a dilettante!”

But he’s hardly the first candidate for the White House whose torso has eclipsed his policies. Remember those photos of a shirtless Obama on the beach in Hawaii? At the time, Matt Lauer winkingly declared him “fit to serve,” announcing, “A lot of women are giving him the presidential seal of approval.” The New York Post enthused: “Buff Bam is Hawaii Hunk.” It was the photo that launched a million “shirtless presidents” slide shows. And let’s not forget about Mitt Romney being mocked for choosing to take a swim in a T-shirt.

What fascinates us so about politicians’ pecs? Surely for some it’s merely the sexual allure of a powerful man. But sometimes a shirtless shot is remarkable only because it seems a revelation of vulnerability and softness: What, you mean the guy running this country doesn’t have a torso like a Greek chest plate? Do those love handles mean he’ll be soft on terrorists? That’s not even to mention the sexual politics of a waxed versus hairy chest. We overanalyze the cut of a suit, the cost of a haircut – of course we’ll do the same to presidential abdominals.