He says he never accepted stimulus money for his district ... except he clearly did 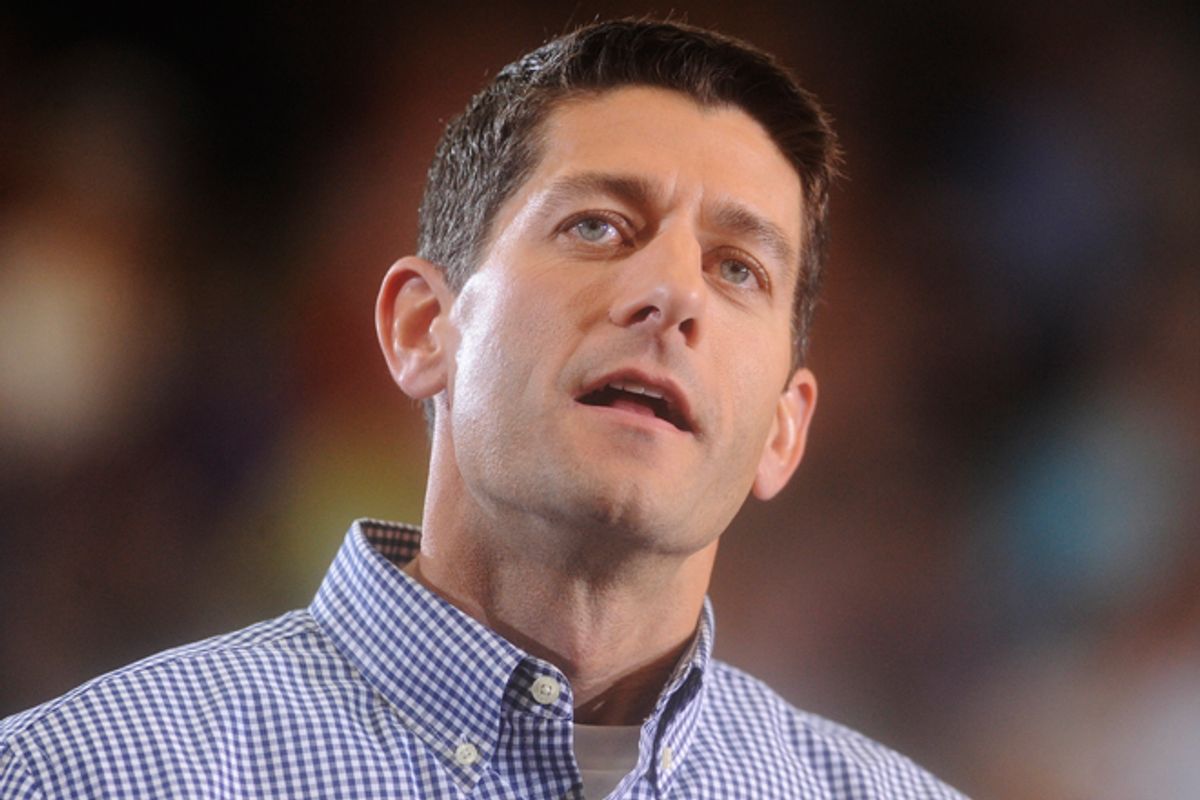 Call it faulty memory, call it a flip-flop, or call it a lie, but Rep. Paul Ryan got caught misrepresenting his actions when it comes to his handling of Obama’s stimulus package. In an interview this week with WCPO, an ABC affiliate in Cincinnati, Ryan said, "No, I never asked for stimulus ... I opposed the stimulus because it doesn't work, it didn't work.”

But it turns out that’s not true. In 2009 and 2010 Ryan sent at least five letters to Energy Secretary Steven Chu and Labor Secretary Hilda Solis seeking stimulus grants for two Wisconsin energy conservation companies (here’s Ryan's letter to Chu). One company got $20.3 million from the Energy Department, the AP reported.

When confronted with the letters, Ryan admitted in a statement to the Washington Post yesterday that he had asked for the money, but said he didn't remember because the requests had been mishandled. “After having these letters called to my attention I checked into them, and they were treated as constituent service requests in the same way matters involving Social Security or Veterans Affairs are handled. This is why I didn’t recall the letters earlier. But they should have been handled differently, and I take responsibility for that," Ryan said. It was also a few years ago, so perhaps understandable that Ryan's memory is a bit foggy.

Well, this isn’t the first time he’s flatly denied requesting stimulus money. In an interview with a Boston radio station in 2010, the same year he sent the letter to Solis, Ryan offered a similar denial.  “No, I’m not gonna vote [against] something, then write letters to the government to send us money ... I did not request any stimulus money,” Ryan said at the time.

Ironically, earlier that same year, a spokesperson defended Ryan’s request for stimulus funds from the Labor Department. In a statement to the Wall Street Journal, which first reported on the letter, the spokesperson said, “He does not believe flawed policy should get in the way of doing his job and providing a legitimate constituent service to his employers.”

Ryan has built his image on being a straight-talking intellectual statesman who is willing to fight for what he thinks is needed, regardless of the political costs. This is likely part of the reason why Romney, who suffers from a perception of being overly malleable, selected Ryan as his V.P. All politicians lie and all are hypocrites at one point or another (Obama attacked John McCain in 2008 for supporting the Medicare cuts the president is now defending), but the risks of being caught here are especially high for Ryan, who has asked to be held to a higher standard.

But he's not alone. A report from the liberal Center for American Progress Action Fund in 2009 identified 114 lawmakers, including some conservative Democrats, who voted against the stimulus and then requested grant money or took public credit for bringing federal dollars back to their state or district.