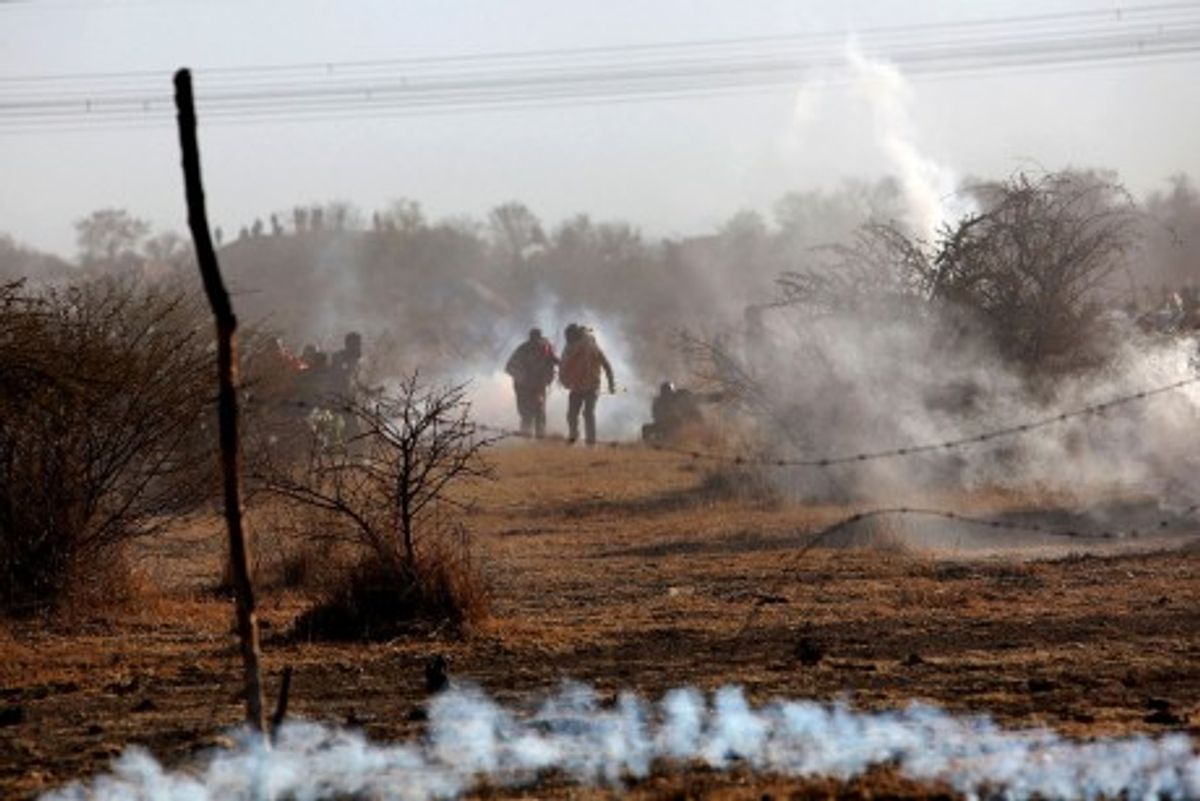 Striking mineworkers are caught in teargas as police open fire on striking miners at the Lonmin Platinum Mine near Rustenburg, South Africa, Thursday, Aug. 16, 2012. An unknown number of people have been killed and injured. Police moved in on workers who gathered on a rocky outcropping near the Lonmin late afternoon, firing unknown ammunition and teargas. (AP Photo) SOUTH AFRICA OUT(Credit: AP)
--

“This is no time for finger-pointing. It is time for us to mourn the sad and black moment we experienced as a country,” Phiyega said.

Quote Of The Day South Africa