How to write a bad review

A cruel New York Times piece shows how not to pan a book. But there is a way to do it, without appealing to trolls 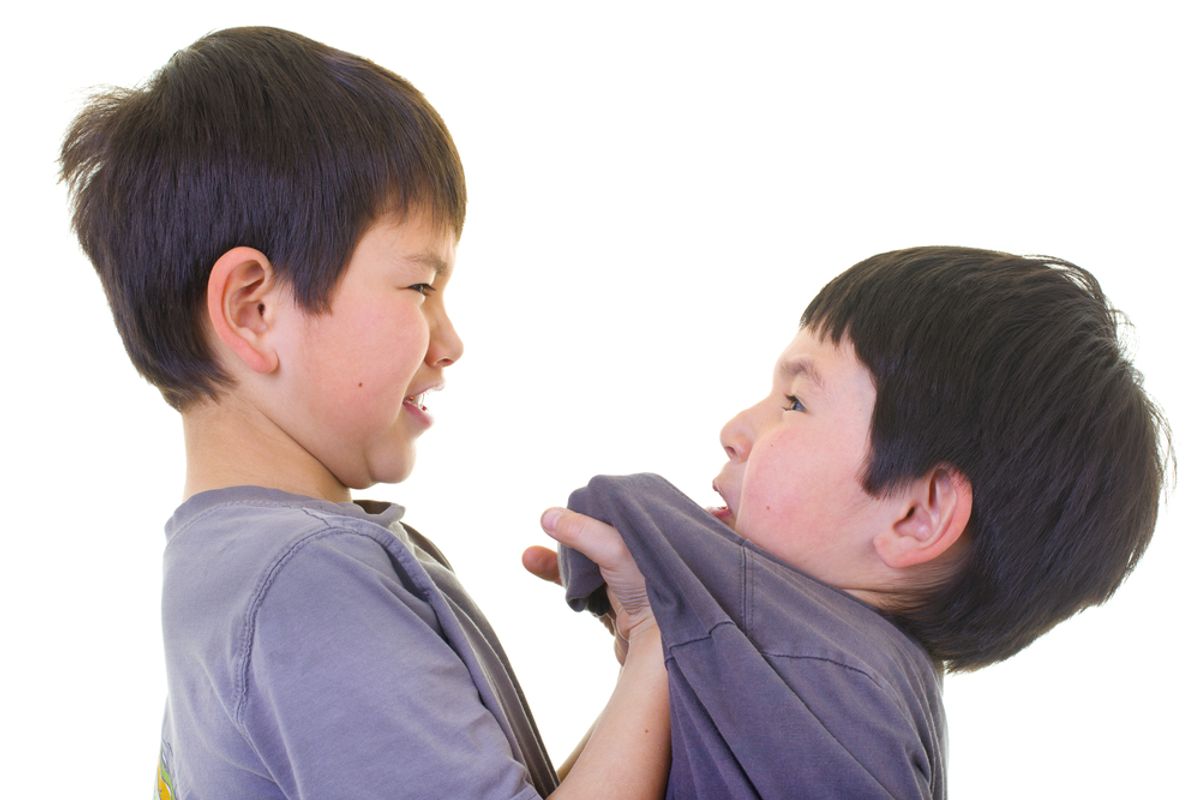 There has been a lot of writing on the Internet these past few weeks about book criticism -- the evidently excessive niceness of writers on Twitter, and the need for writers to be able to criticize one another in public. My own response to this debate -- on Twitter, of course -- was that it's possible to be a booster on social media and a critic elsewhere -- on blogs and in newspapers. My own book reviews are often highly critical of their subjects -- not because I am interested in putting down other writers, but because I don't love most books, and think we should all be held to high standards. It is also interesting, for me anyway, to analyze why I don't like something.

This week, my review of Paul Auster's new memoir "Winter Journal" ran in The Guardian. I disliked the book intensely, and thought it was very bad, both by the standards of other memoirs and by the standards of Auster's own career. And I expended considerable effort explaining my reasons for feeling this way about it. I also indulged in a bit of gratuitous mockery -- not my usual M.O. In the end, though, I felt good about the review.

But this Sunday, the New York Times Book Review will publish William Giraldi's highly negative review of two books by Alix Ohlin (it's online now). Twitter was immediately abuzz with defenses of Ohlin and her work. I read the review with some dismay -- I had to agree that it was almost horrifyingly aggressive, written in a sneering tone rarely seen in the NYTBR, and I felt terrible for Ohlin. (For the record, I do not know her and haven't yet read her work.)

The Giraldi piece has a lot in common with my own review of Auster's book -- artfully composed snark, copious quoting of badly written passages, and an air of malignant delight at exposing what the author considers offensively bad work. So: Am I mean? Is Giraldi mean? Is that a bad thing? Do I make other writers feel the way Ohlin is probably feeling right now? Should I worry about that?

I'd like to argue that Giraldi's review is, in fact, quite nasty, and that mine is less so. And that my other negative reviews over the past few years aren't nasty at all, even when they're highly critical of their subjects. There is a good way to write a bad review of another writer, and I don't think Giraldi is doing it. Whatever the shortcomings of Ohlin's work might be, his review does its reader a disservice -- his glee at eviscerating Ohlin overshadows his analysis, and casts doubt on its veracity. It isn't trustworthy, which makes it no more valuable than the kind of swooning puff pieces most critics write.

Here's how to write a good bad book review.

First of all, provide context. That means reading as much of the writer's oeuvre as possible, and taking notes on all the books, not just the one you're reviewing. A book that seems one way in isolation might seem another way when regarded as part of a career, and it is worth letting your readers know this. This is one reason I felt justified in trashing Auster's book--I don't always like him, but sometimes I do, and I know he can do, and has done, better work. If you have space, try to characterize the shape of the writer's career and show how the new book fits in it. While preparing for my recent review of Chris Adrian's latest, for instance, I spent more time reading his other books than I did reading the new one -- as a result, I could write coherently about his past successes, and use this knowledge to explain why I didn't think the new book was as good. In the end, my review was mixed, but it was clear and professional.

Second, have a little humility about your opinion. Even if you don't like the writer you're reviewing, not even a little bit, acknowledge, at least to yourself, that some people do, and that this fact is not meaningless. In your review, let your reader know what it is other people like about this writer. If you disagree, say so, in a non-condescending manner. The goal is to explain and persuade, not to hurt. Though I thought Ben Marcus's last novel was largely unsuccessful, I understood why some people might like it. Marcus is well-regarded and has clear strengths -- he does things in his work that I can't, and many people I respect, respect him. Thus, I respect him too. The first half of my review acknowledged and characterized that respect before I presented my case.

Third, if the writer is just starting out -- let's say, on his or her first or second or third book -- cut the writer some slack, especially if you are much more experienced. If you've written and published, say, 10 books, go to your bookshelf, pull down your first one, and read a few sentences. Are they awesome? Uh huh, that's what I thought. Do you remember what it was like to be 26? Do you remember grinding your teeth at night about reviews of your book? Do you remember feeling as though your career would be ruined by one mean word? Do you really want to make somebody feel that way, just because their stuff isn't to your taste? I'm not saying reviewers should pretend to like a first or second book that they don't, just that they ought to try and let the writer down easy. Provide a path forward -- acknowledge what kind of excellence the writer might someday achieve, even if she didn't this time out. Nobody should write off a writer after two books -- most of us haven't even begun to find ourselves at that point. (Auster, on the other hand, has a mature career, and nothing I say is going to throw him off the rails. Besides, unless he's bullshitting in "Winter Journal," he doesn't read his own reviews.)

Fourth, don't review your enemies. Ever. This is a corollary to another rule: Don't review your friends. If you get assigned a book by somebody you know and love, don't review it. If you get assigned a book by somebody you hate, don't review it. It's not about your allegiances, it's about the work. You might think you can be objective about your subject, but you're wrong. Say no. If you're blogging or something, and want to plump for your pal's book, go right ahead, but say they're your friend. If you're getting paid, though, you absolutely must have no personal connection to the writer.

Fifth, don't be a dick. Giraldi, in his review of Ohlin's books, doesn't merely hate the work, he hates the very idea of Ohlin -- her aesthetic, her taste, her existence. Okay, fine -- if everything about the book you're writing offends you, if there's nothing good you can say, then don't say anything good. But don't crow about it. You're not impaling Hitler or protecting the Shire from Saruman. You're reviewing a book. You want to put on a show? Nothing wrong with that -- everybody loves a review with personality. Everybody enjoys a clever turn of phrase or an apt put-down. But have some perspective. Again, it's not about you, for crap's sake. The writer worked harder on her book than you will on your review, even if the former sucks.

Sixth, be balanced. If there is awful writing in the book you're reviewing, and you want to quote it, go right ahead. But if the book is 5 percent awful and 95 percent fine, don't spend 75 percent of your review quoting the worst passages. People do this when they're angry. I understand: sometimes, when I am reading a book, I hate the things I hate far more than I like the things I like. But succumbing to the hate means that you are giving your reader an unbalanced view of the book. Indeed, your job is to characterize what the book is like -- to give as full a picture as possible of the experience of reading it. This means, analyze the writing style, the flow of thoughts, the narrative approach--not just a plot summary and a bunch of rotten quotes. Control your emotions. Want the writer to be good. Want all writing to be good. If this writing is not good, regard the situation as regrettable, rather than cause for an end zone dance.

Finally, when your own book is panned, crack open a beer, put your feet up, and say oh well. Because it doesn't mean anything. Everyone will forget the review. Your ideal readers aren't even born yet -- they'll find you in the public library in 25 years, and it won't matter what some prick said about you in the stone age. In fact, do as Auster claims to do (and, yes, what I try real hard to do): don't read your own reviews at all. There is no benefit. They are not for you, they're for other people. When your friends email to congratulate or console you, just say thanks but no thanks, politely, like a good vegan declining a leg of lamb.

In the end, the literary world is basically a small city. We could maybe all comfortably occupy Madison, Wisc. And so a book review is not being read in a vacuum: when you angrily eviscerate somebody's work, you are shitting where you eat. It is important both to support each other and criticize each other, and to find ways to do both, respectfully and constructively. This means thinking things through before you open your piehole, whether it's on Twitter or in the pages of the Times. Is that so hard?